Some of the habits of cats sometimes seem rather unusual, and sometimes they are simply amazing. But from the point of view of the cat itself, these behavioural features have a certain meaning and go back to antiquity.

The origins of many feline habits can be traced back to the days when cats walked on their own and were wild African animals. Let’s take a closer look at the ten weird habits of cats and what they really mean. 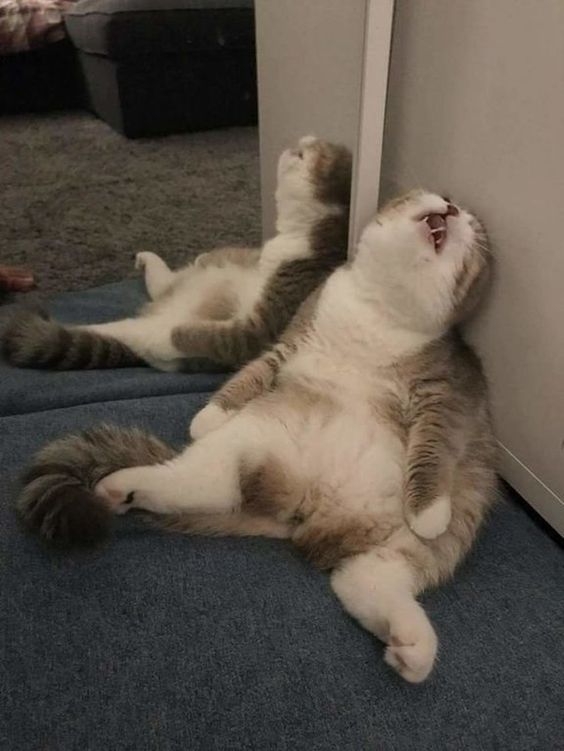 Habit 1. The cat curls up in a ball in a dream

In fact, many mammals sleep curled up in a ball to keep warm and protect vital organs. Birds behave in the same way, hiding their heads under their wings. A cat is much less likely to curl up in a ball in hot weather when heat retention is not important.

If the pet feels safe at home, she can always sleep freely, stretched out on the couch. But for many animals, the behaviour that was grafted in ancient times in the wild remains familiar at home.

Habit 2. The cat “massages” the surface with its front paws

The habit that immensely annoys many owners is the following: the cat jumps up, snuggles upon its lap and begins to knead the owner’s legs with its paws, purring happily at the same time.

This unnerving, but completely harmless feature of behaviour has been preserved in adult animals from childhood. Kittens massage their mother’s abdomen with their paws to stimulate milk production. As they get older, they still perform these actions out of old habit, more often when they feel relaxed, or vice versa, being tense and trying to calm down.

It is believed that kittens weaned from their mother at a very early age are more prone to massage movements. This may be one of the reasons, but quite well-off animals that have sucked their mother’s milk to their heart’s content can also maintain this habit.

This habit definitely dates back to the days of the graceful predators in the deserts. The exceptional cleanliness of cats arose from the need to hide the traces of being on their territory. Then the animals dug holes to urinate or defecate, and then carefully buried them again.

Some pets take on this task with great enthusiasm, scattering bedding in all directions, which can create some difficulties in grooming. To some extent, installing a deep tray or using a toilet with a grate can solve the problem. 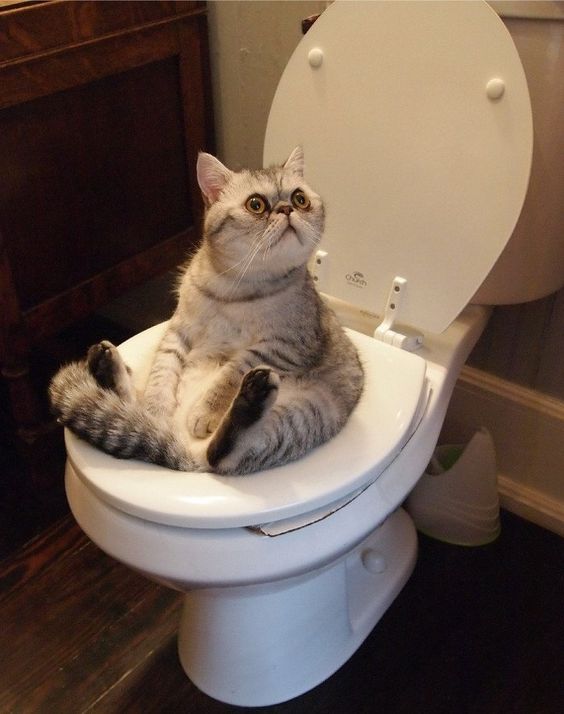 This habit is a way of saying hello and letting your pet feel safe and happy with life. At the same time, by bumping its head or rubbing against the owner’s legs or arms, the cat spreads pheromones, marking the territory as its own. Not all animals have this habit, but some butt quite palpably and even painfully. The degree to which a habit develops depends largely on personality and temperament.

What are you indignant with? Isn’t it your cherished dream to see a fluttering vole or a dead bird on your doorstep? This is approximately what a cat thinks when bringing home its prey. There are several theories about the emergence of this habit.

First of all, the mother of a kitten could bring him mice or chicks that have fallen out of the nest, and, having matured, the animal simply copies the behaviour of adults, to which hunting instincts push it. At the same time, the reason for the increased frequency of gifts can be banal searches for attention and affection. A generous home beauty will surely want to share the remains of the prey, being full, and also in gratitude for the food received earlier. 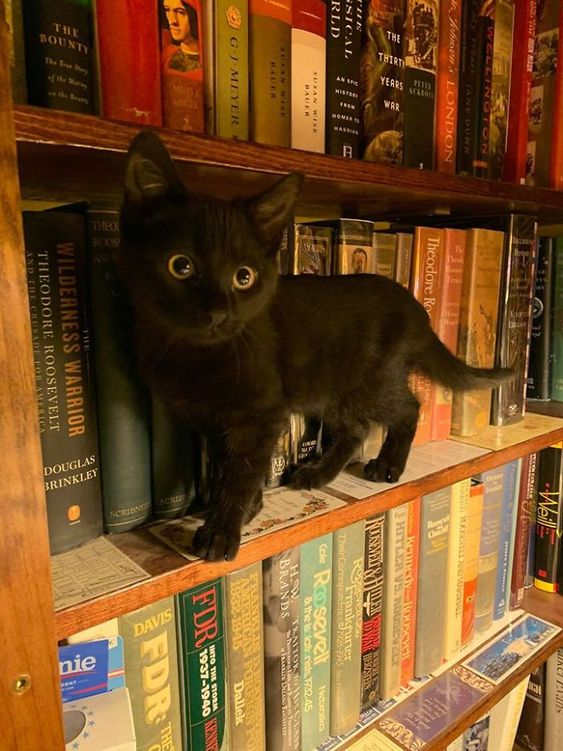 Therefore, although such offerings, from the point of view of a person, can be a very unpleasant habit, for skilled predators they are quite natural and indicate good health and excellent physical condition.

A far from harmless habit can be caused by nervous disorders or digestive disorders. Needless to say, how much eating of indigestible, and sometimes simply poisonous substances – plastic, wood, paper or peeling paint can worsen the condition of the pet.

At the same time, chewing potato peels, ficus or grass may not seem like such a dangerous symptom, but it still indicates a lack of vitamins and minerals, or the desire of the animal to get rid of the hairball in the stomach. In any case, when such oddities are observed, the cat is shown to a veterinarian.

Some cats love to climb into the smallest box, craft basket, or desk drawer. One of the reasons is the same security. In the wild, cats need to hide well to survive, so resting in the middle of an open field will make them easy prey for larger predators. 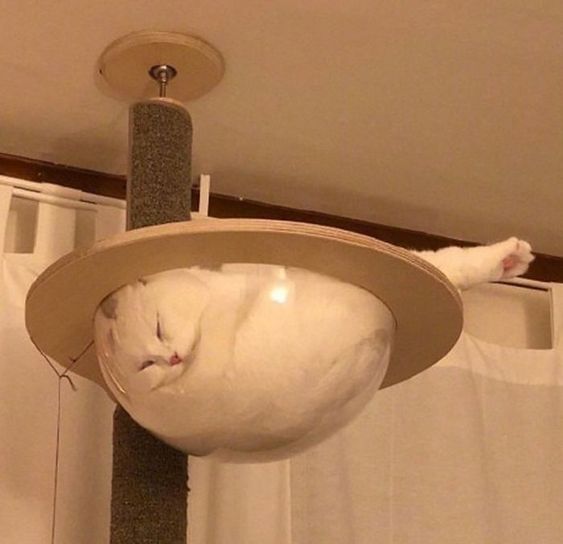 A cozy little cave or other shelter is easier to warm and protect. Therefore, the cat hiding in the closet acts in the most natural way.

This is a completely unbearable habit for most people! There may be several reasons for this antisocial behaviour. The predator may have started a nightly hunt for insects or rodents, loudly expressing delight or disappointment, depending on the degree of success. However, a sick or old cat may meow at night in search of support and affection. In this case, it is better to show the animal to the veterinarian.

Some cats never hiss, but others do it quite often and look aggressive. In fact, a hissing cat can express not only anger but also intense fear. This is a way to warn of extreme anxiety, in which case it is prudent to step back and leave the animal alone. If this is not done, even the calmest pet in some cases can show aggression and scratch the dull owner.

Habit 10. The cat is constantly sleeping

Cats do sleep a lot, and some of them feel great after sleeping 16 hours in a row or more. However, a pet that seems to be sleeping peacefully does not necessarily actually sleep. The cat can be half asleep or simply rest with closed eyes, being sensitive to everything that happens around. This habit in the wild allows the dexterous fast predator to conserve energy. And yet, if a pet suddenly began to sleep much more than before, this is a serious reason to visit a specialist. 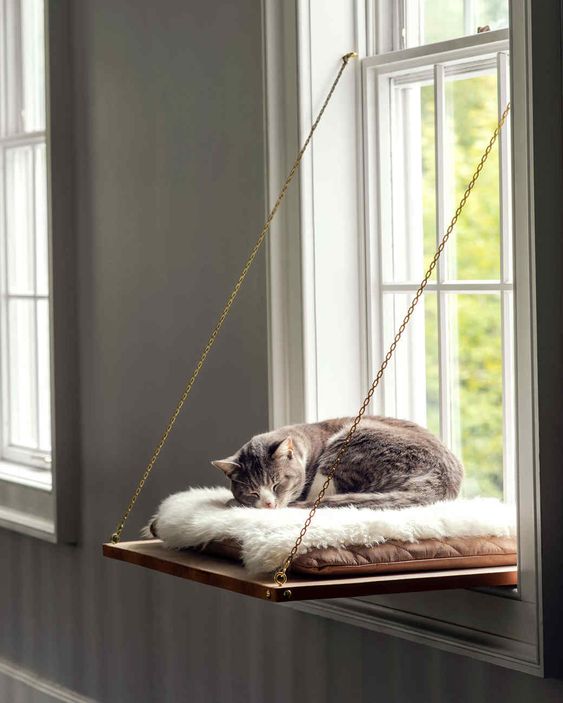