Yorkshire Terriers are native to Yorkshire, England; these dogs appeared in the Victorian era. The breed is believed to have originated from several other terriers, including the Maltese, the Black-Brown Manchester Terrier, the Dandy Dinmont Terrier, as well as several other breeds that are now extinct, such as the Clydesdale Terrier.

Other historical information about this breed is inaccurate and contradictory. Some believe that this breed was bred by workers in northern England, who could not keep large dogs, but wanted to have temperamental companions. According to others, Yorkshire Terriers were bred to catch rats that settled in the shafts of mines, as well as to penetrate the holes of badgers and foxes. Another theory is the breeding of this breed by the Scots who worked in the cloth factories in Yorkshire.

We’ve made a selection of awesome Yorkshire Terrier tattoos for you! 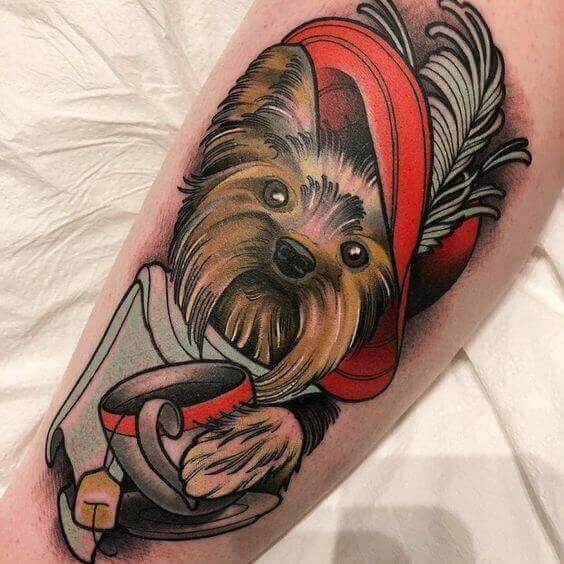 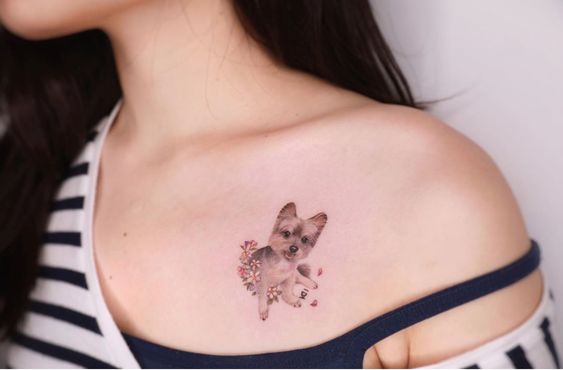 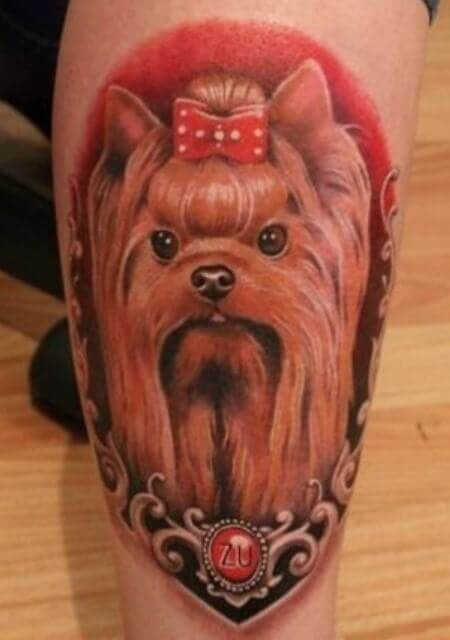