Mighty walruses only seem harmless and clumsy. No, they are not at all dangerous if they are not disturbed, but if they show aggression, it is better to stay away from them, because stopping a carcass weighing several tons is quite problematic. However, walruses never attack people first, and they live far from us. 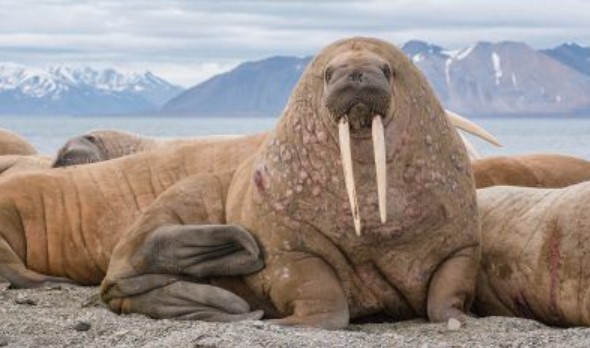