Tray training
We took a kitten (he is still quite small), taught him to the tray. It turned out to be a very fun activity.
Especially when I hear strange sounds from the hallway in the middle of the night.
I go out and rooms. And I watch the picture.
The cat sits proudly on the tray.
Mom sits on her knees in front of him.
She scratches his belly and says:
– We must piss … We must piss … 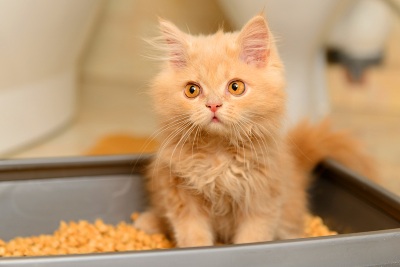 Cat and new year
Naughty cat, like all family members, was preparing for the New Year. He helped as best he could. Cleaning the apartment, of course, was not without him. I strove to put all things in their places myself. Under their understanding, naturally. To decorate the Christmas tree was also the first to come. Only shatterproof toys had to be hung. He decorated all his favorite places with tinsel and tinsel. And he hid under the sofa, and in other secluded places where he likes to sleep, he also did not forget to drag him away.
Especially, of all the attributes of the New Year’s holidays, Shaun loved the toy Santa Claus and the tinsel. Little is left of Santa Claus after close communication with the cat. And the tinsel got really bad. Here and there were visible multicolored shining scraps of former beauty. The only thing that did not occur to the owners is that he can also devour this tinsel. And it came to the Mischief. As a result, the poor cat began to tinsel naturally. And gradually. How he managed to swallow such long tinsel is unknown, but the fact is obvious. Catwalks, and behind it multi-colored tinsel drags. And you cannot pull for the brilliant beauty – you can injure the cat. We decided to wait – maybe someday it will completely come out on its own.
The apogee was Shaun, who came out to the guests at the height of New Year’s Eve. The guests were a little stunned by this beauty. They say:
– Oooh! Have you decorated the cat for the holiday ?!

The story ended quite well. The mischievous person is alive, well, and quite happy. Goes through life, collecting new adventures. 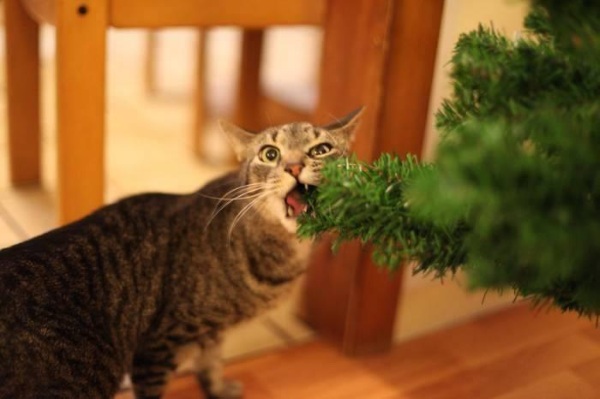 A Cat returned
We once had a cat – Siberian marble. Handsome! Tassels were visible on the ears, and as he grew and matured, he began to look more like a trot, only he was more fluffy. We called him Erofeich, or sometimes Cat so that it would be easier for our three-year-old son. They were the same. And they grew up together. That the child would not finish eating from his food – they fed everything to a cat, then a kitten. And he sits side by side, patiently waiting for the remaining food to be poured.

They even slept together. At first, we were afraid for our little son, and then we realized that the cat would not touch him. The child will open up, we will not notice in time, and the cat warms him with his fluffy back. So they sleep side by side, pressing their backs to each other. Whatever the little son did with the cat, the cat never offended him. And so it happened – Erofeich disappeared from us. My heart ached when the little son, going out for a walk on the street, kept calling him: “Fey! Fay! “. But there is no cat …

Almost a year has passed. Once my wife called to work. A confused voice and I hear a question:
– Can you recognize our cat?
– In terms of? – I did not understand.
And she, in short, told the essence of the matter.
It turns out that she and her little son went to the store closer to dinner and, among other things, they bought a big fish. Returning home, in one of the courtyards I saw a cat that looks very much like our Erofeich. Only the size is clearly larger. She called him. He heard his name and went straight to her. Apparently, he was very hungry, but here it smells of fish … He immediately grabbed it with his teeth. This is how the wife came home: with one hand dragging her little son with her, and in the other – that fish with a cat clinging to it with a death grip, resting with all four paws.

The cat turned out to be ours. He walked busily around the apartment, checked all the corners, and took his usual place. I came after work, looked at the cat – he was mature, the coat is hard, became the size of a small dog. But he recognized me immediately, was delighted …

And then soon the wife decided to sell her artistic oil paints as unnecessary. They gave an announcement – two students came from the art, young … He and she. I tell them:
– Come in, now we’ll get everything and show you. – and I go forward. Then I heard some strange, suspicious sounds in the hallway. I return to the student hallway. I see a guy and a girl standing, pressed against the door, as if stuck, afraid to move, and fearfully, without looking away, look down in front of them. I only hear:
– U-u-take your dog … – a dumb question arises in my head: “What nonsense ?!” I followed them in the direction of their gaze … Erofeich was no longer small anymore, but here he reared his fur, stands with his paws wide apart, is about to throw himself, and growls, alternating growls with a hiss. Just some chupacabra!
It was he who now so guarded the newly found home against strangers! Then they barely calmed down … But time passes and over time the cat began to react more calmly to guests. 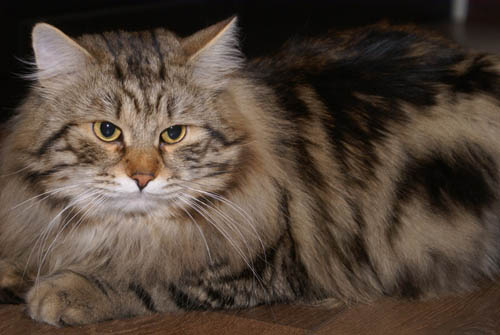