The French Bulldog is a breed that has sunk into the hearts of many dog ​​breeders. There are many rumors about the origin of these dogs: some confidently claim that they are descendants of the ancient Greek Burgos Bulldog breed, others say that the French Bulldog comes from English.

The temperament of an adult French Bulldog is quite moderate, calm, balanced. As puppies, these little balls are agile and fun. They are so lively and playful that, if not looked after, these bullies will turn the house upside down. But with age, the “French” calm down, become more passive. They want outdoor games, but outbursts of playfulness are rare. 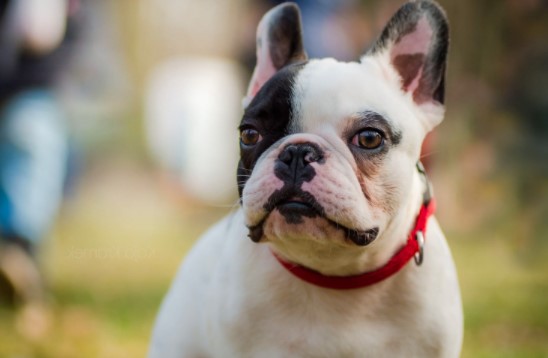 Such a pet can become a great friend even with children, even lonely people, because he has a calm and balanced character, although on the street without proper education he can show aggression towards other dogs.

French Bulldog owners easily develop a very close and affectionate relationship with them. They are loyal companions who love to spend as much time as possible with their owners.

French Bulldogs need minimal grooming. Brush the bulldogs once a week to remove dead hairs. The bulldog should be bathed no more than once a month. Bathing too often can cause excessive dryness, itching, and dandruff.

Paw care includes clipping the nails and checking the paw pads for cracks.

It is necessary to constantly look after the crease on the bulldog’s face. It collects moisture and dirt, which can lead to infection. Gently wipe the crease with a cotton pad.

Cleaning your ears is also an important routine. Monitor the condition of the French Bulldog’s ears. They should always be kept clean, if you notice suspicious discharge, redness, swelling, or a bad odor, it is best to seek help from your veterinarian. Rub the French Bulldog’s eyes regularly. Monitor their condition. This breed does not require long walks, but it does need the proper amount of attention. French Bulldogs love to eat, so you need to keep an eye on their diet.

The breed has a lot of advantages that are associated with the ease of caring for it and the light disposition of the animal.

Most of the disadvantages of the French Bulldog breed are the physiological characteristics of the animals.

The French Bulldog is good for those who are constantly in business and care and cannot devote much time to the dog. It is not for lovers of an active lifestyle: it is difficult to imagine a French Bulldog on a hike or running after its owner on a bicycle.