There are a great many jokes and anecdotes about adolescence. They all agree that this period is an inevitable evil that you just need to endure. And, oddly enough, dogs have the same transition problems as children.

By and large, the growing up periods in humans and dogs are identical. That is, the behavior of a person and a dog largely depends on humoral factors, that is, hormones. It is during adolescence that these hormonal changes are most active, which leads to behavioral problems.

To simplify completely, we can say that during this period, firstly, very active growth occurs, and secondly, the brain is rebuilt. Some cells die, others come to replace them. Therefore, it seems that the dog has forgotten everything that it was taught earlier. And, by the way, that is why this period is called the second socialization. If at this moment the dog is too overloaded, then it simply will not be able to cope with the incoming information, which, of course, will affect the behavior.

But if a person’s adolescence lasts 5-8 years, then in dogs it goes away much faster, in a year or two, which means that the manifestations can be much more pronounced.

Contents hide
1 When Does Adolescence Begin?
2 How to Get Through Adolescence?

When Does Adolescence Begin? 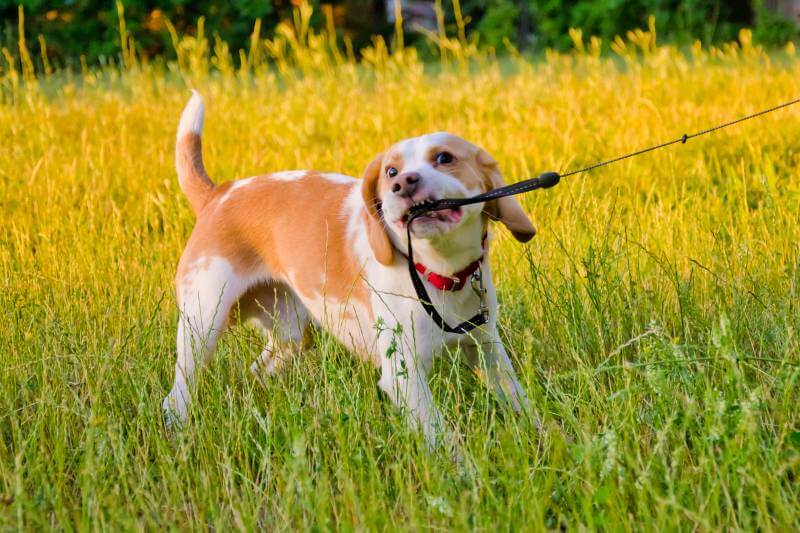 The first signs of growing up in a dog can be seen at 6-9 months. This period is the transition from puppy to junior. But nevertheless, the main changes in appearance and character occur closer to 9-10 months (by the way, that is why it is possible to enroll a pet in the junior class at the exhibition no earlier than 9 months).

You can hardly miss the moment when your dog enters adolescence. Your obedient and cute puppy will suddenly stop hearing half of the sentences addressed to him, will stop responding to some external stimuli, but on the other hand, he will spend almost all walks with his nose pressed to the ground. Accustomed to free-range pets can run quite far from the owners, which simply did not happen before.

A teenage dog, like a person, is looking for the boundaries of what is permitted, trying to find its place in the “pack”, to dominate. Many owners, faced with this problem, begin to behave very strictly with the animal, thinking that otherwise, they will lose control completely. But this method is absolutely wrong and dangerous. During adolescence, the psyche of a dog is very unstable, so excessive severity can lead to irreversible changes in behavior (for example, the dog becomes downtrodden and cowardly) or prolonged depression, which in turn can lead to other health problems.

Also, we must not forget that it is during adolescence that dogs most actively begin to manifest the instincts inherent in this breed.

How to Get Through Adolescence?

There is no universal recipe for how to survive this difficult time for the dog and the owner. The basic rule is patience and patience again. But there are several recommendations that will help both the owner and the dog go through this period easier:

It is necessary to increase the time of walking;

Continue to learn new commands, even if it seems that the dog has forgotten all the old ones;

Begin to react more strictly to the pet’s disobedience, but in no case cross the border. Physical abuse can backfire. The dog will begin to be afraid of the owner, but such a relationship is not harmonious;

Start to transfer the dog to two meals a day;

Due to active growth, an excessive load can negatively affect the joints, therefore, it is better to replace running on stairs and jumping with light cross-country and general exercises from the training course.