Some people love dogs. However, you might be one of those people who break into sweats or change the side of the street when a dog approaches. Dog fear – known medically as cynophobia – has a variety of causes. Pettime explains how to overcome your fear of dogs.

Contents hide
1 The Possible Causes Behind Dog Fear
2 How Children Can Overcome Their Fear of Dogs
3 Afraid of Dogs – Buy One Anyway?
4 Correctly Interpreting Signals From Your Four-legged Friend in Order to Overcome Fear
5 Follow the Golden Rules When Dealing with Dogs
5.1 Avoid direct eye contact with the dog
6 Give Dogs a Place in your Life

The Possible Causes Behind Dog Fear 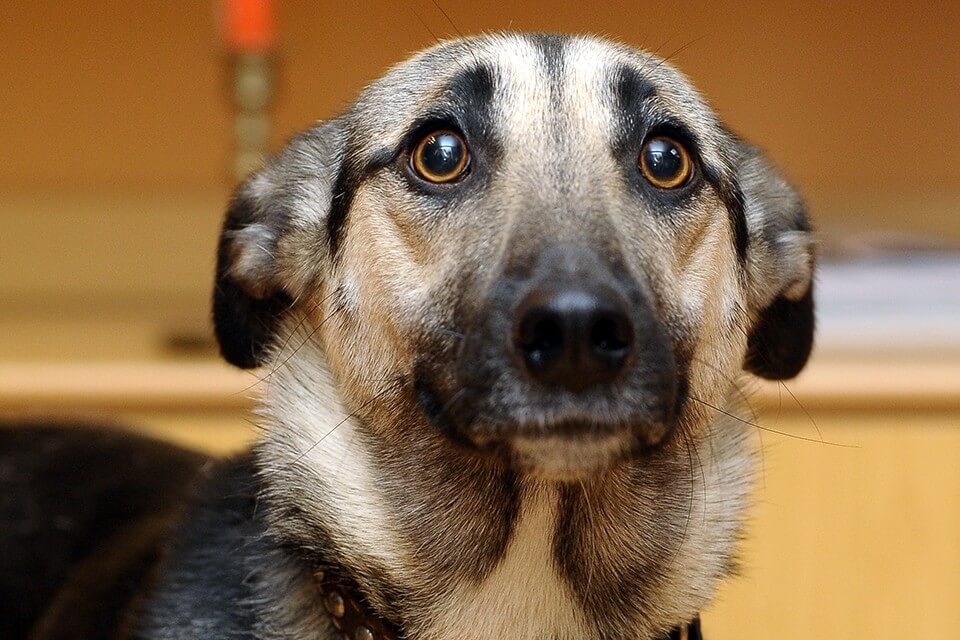 In general, you may be afraid of dogs because they misinterpret their signals. But sometimes it can also happen that the fear of dogs already arises in childhood. In this case, the parents, who are afraid of the four-legged friends, pass on their panic to their children. Only in the rarest of cases does the fear of dogs arise after a bite or an incident while walking. In addition, friends and relatives often make it difficult to overcome the fear of dogs. Most of the time, they do not take their worries seriously, which increases the panic among those affected.

How Children Can Overcome Their Fear of Dogs

You should be particularly sensitive with children who are terrified of dogs. Under no circumstances should you overtax the offspring by constantly exposing them to dogs. Instead, it can make sense to bring the child to the dog from a “safe distance”. In this position, the offspring can observe the four-legged friend without being in their direct field of vision.

Under no circumstances should your child be alone with the dog.

It is more likely to get “on the same wavelength” with the four-legged friend by taking on small tasks. It can be helpful if the child fills up the food bowl or chooses a colored leash for the walk. Oftentimes, the fear of contact with puppies is reduced. In any case, it is important to have a lot of time and patience. Your child cannot overcome their fear of dogs overnight, only over time. The more children learn about fur noses, the sooner the fear evaporates.

Afraid of Dogs – Buy One Anyway?

Whether or not you should adopt one despite your fear of dogs depends on the level of fear. As long as the fear is kept within limits and is situation-related, nothing speaks against having your own four-legged friend. However, in this case, you will benefit from a small breed with a light coat color that appears less threatening. Instead of a spirited dog, you should look for a quiet companion who is not easily upset. It can also be a good idea to overcome dog fear with a puppy. This vulnerable little four-legged friend will hardly appear to you as a threatening dog.

Once you’re nervous, you release stress hormones and become tense, which a dog is quick to notice. In such a situation and when encountering strange dogs, you should correctly interpret their signals. Not only growling and barking but also a bristling coat and large ears signal the readiness to attack. A wagging dog can be not only joyful and happy but also insecure. An upward-pointing tail is more likely to indicate that the dog is instantly in an aggressive mood.

Try not to avoid direct contact with dogs as a matter of principle. It can already help if you know and internalize the rules for handling dogs. For example, it is fundamentally wrong to run away from a dog. This will awaken his hunting instinct. The better solution is to stand still or slowly approach the dog from the side.

Avoid making eye contact with unfamiliar dogs – it will make them feel threatened and provoked. It is also advisable not to show your teeth, as your four-legged friend will perceive this as a threat. Instead, in tricky situations you can use soothing body language: if you turn your head to the side or yawn, the situation automatically relaxes.

Give Dogs a Place in your Life

Sometimes it is not possible to manage panic attacks on your own in the presence of a dog. If your quality of life is suffering significantly, it is worth discussing dog fear with a therapist. During the course of therapy, he will help you overcome your fear of dogs with the help of systematic psychology. Specially trained dog trainers offer seminars in which you train with therapy dogs.