Akbash is the best choice for those who like large-sized dogs with impeccable physical training. The breed is ideal for people who want to have not only a loyal watchdog but also a reliable protector for all family members. 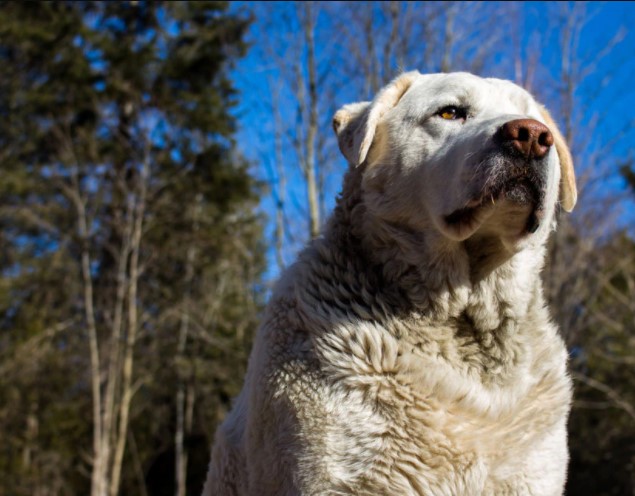 Akbash (translated from Turkish means “white head”) is a very beautiful and large dog of light color. There is no reliable information about the origin of the breed, it is only known that it comes from Western Turkey.

Several millennia ago, peasants kept large dogs to protect goats and sheep from predators. The breed’s ancestors are believed to be Turkish Shepherd dogs such as the Kuvasz, Chuvach, Podgalyan Shepherd Dog, and Pyrenean Mountain Dog. Among the descendants of the Akbash, there is presumably a Greyhound and a Mastiff, which Akbash outwardly resembles – tall, very powerful, with a large head.

The popularity of the Akbash breed came in the 70s of the last century when they were brought to America, and later they began to be used to guard and protect farm livestock from predators. Officially recognized by dog ​​handlers in 1999, now it is in demand in many countries of the world – the Akbash is considered one of the best dogs that can be kept as a reliable watchman and loyal companion. 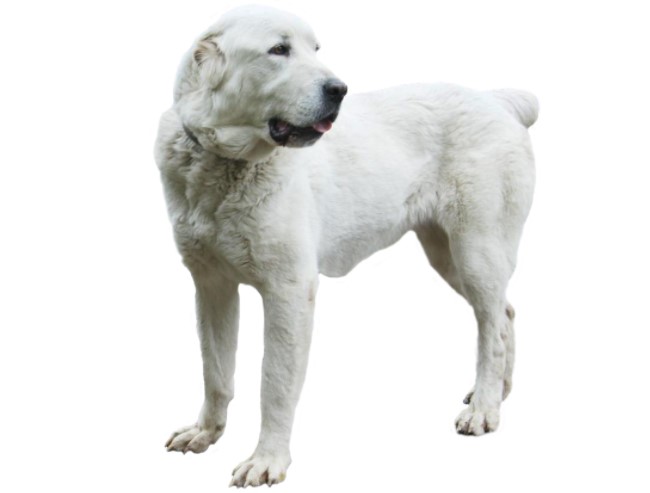 Despite the rather large popularity of Akbash dogs, the FCI standard has not been officially approved, since not all clubs consider Akbash a separate breed. However, there is an international Akbash breeding club, where breeding of dogs with a good genotype is encouraged. As a result of the selection work of specialists from large nurseries in the USA and Turkey, an accurate description of this breed was compiled.

Graceful posture and luxurious smooth wool distinguish Akbash from other shepherd breeds. Representatives of this breed have a strong, but harmonious physique, and in height, they can well compete with such giants as the Irish Wolfhound or Great Dane – with a height of 79-85 cm at the withers, the weight of the dog reaches 55-60 kg.

Like any other breed, females are slightly inferior in weight and height to males. A distinctive feature of the Akbash breed is a massive head with a powerful skull. The forehead is wide, the muzzle tapers smoothly towards the nose. The eyes are brown or black in color, located on the line of transition from the forehead to the muzzle. Akbash has a serious, serene look. The edging around the eyes, nose, and lips is black-brown or completely black.

The jaws are powerful, incredibly strong. Correct scissor bite with full teeth. The ears are drooping, V-shaped, set high. Akbash’s body is muscular and strong. A straight and broad back, a developed chest, and long, straight limbs with well-developed muscles. A long, high set, a slightly curved tail that coils in a ring when excited.

The neck is wide, elastic skin is covered with wavy, very thick wool – it is believed that in this way nature protected the Akbash from the sharp teeth of predators. The coat of this unusual breed can be either short or long, straight or wavy. On the face, it is usually shorter, but the legs, neck, and tail are almost always covered with long, wavy hair. The dense and dense undercoat reliably protects the body of the Akbash from sudden changes in temperature. Experienced dog breeders compare the texture of Akbash’s wool with coarse sheep’s hide. As for the color, the color of the Akbash’s coat is always snow-white, other shades are not provided by the standard. Subtle and small light spots in other shades are still acceptable, but not desirable. 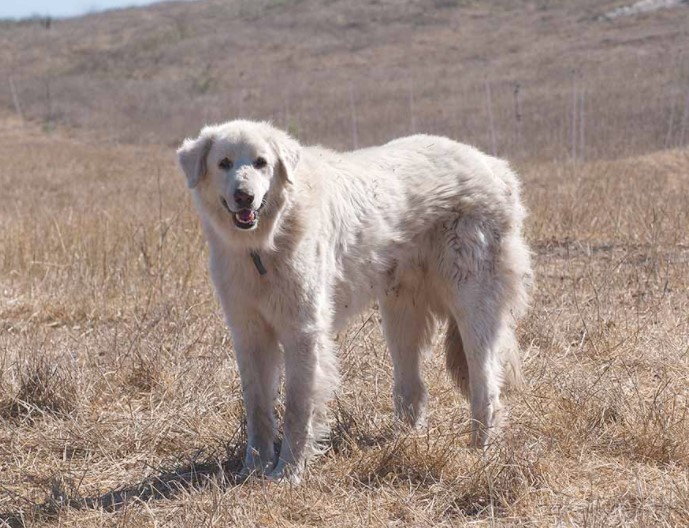 Despite the formidable appearance, Akbash is a calm and very balanced dog. The representatives of this breed cannot be called timid, but aggressiveness is not inherent in them either. With proper upbringing, Akbash gets along well with other pets, since he has a habit in his blood to protect defenseless goats and sheep. Akbash is an attentive and loyal defender of the home and family, they love children very much, play with them with pleasure and endure the rudeness and pain that a baby can accidentally deliver. But only an adult dog is able to do everything to protect the child.

Akbash loves and protects all family members, but recognizes only one person as the owner, to whom he will obey unquestioningly. Another feature of the character of this breed is that the Akbash is very restrained in expressing his emotions, so it is unlikely that he will jump on his master, happily wagging his tail. He has an excellent memory, the Akbash quickly remembers commands and then happily fulfills them, but the dog also remembers grievances and undeserved punishments well, for which he will surely take revenge later. 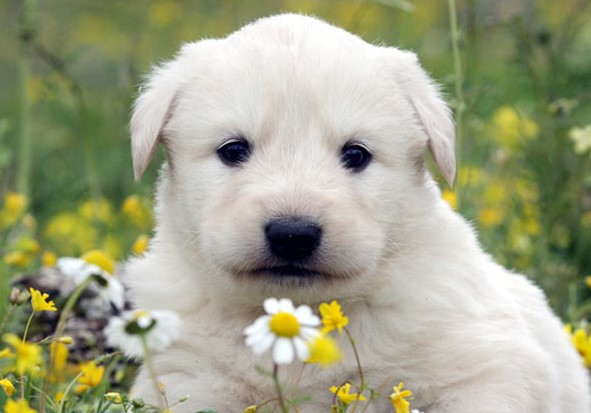 Akbash’s gorgeous white coat is practically odorless, so you only need to bathe it when the dog is really very dirty. But he needs to keep his ears clean and cut his claws regularly, just like the rest of the four-legged pets. Long-haired Akbash should be brushed twice a week to avoid tangling and to remove dead hairs. When the seasonal molt sets in, the coat is monitored more carefully – the dog is combed out more often, with special attention paid to the undercoat.

The food of the Akbash dog is no different from the diet of other large breeds. These shaggy giants are not very picky about food, they can be fed with almost any homemade food. The menu of Akbash should be dominated by lean meat (slightly boiled or given raw, but be sure to finely chop) and boiled cereals. You can also give dairy products and fish (seafood). It is strictly forbidden to feed the dog with bones, bread, and sweets. Also, do not combine homemade food with dry food – such food can negatively affect the health of your pet. To enrich the diet with useful elements, you can contact your veterinarian, who will select a special vitamin and mineral complex for your dog. 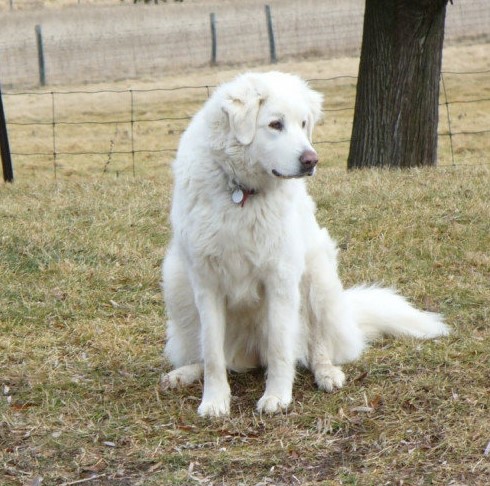 In general, these dogs are in good health, they are unusually hardy and strong. However, like many large and fast-growing breeds, there is a high risk of developing arthritis and abnormalities of the hip joints, such as, for example, dysplasia. To prevent the development of diseases of the musculoskeletal system in animals, you need to monitor the diet and pay great attention to active physical activity, especially for puppies and young dogs.

With proper maintenance and nutrition, the life expectancy of Akbash is on average 13 years.