This snow-white handsome man with a serious and intelligent look knows his worth – therefore his gait is always impeccably elegant, and his posture is regal and proud. Akbash, most likely, descended from European herding dogs, in particular, Hungarian, French, and Italian breeds, also among his ancestors were mastiffs and greyhounds. 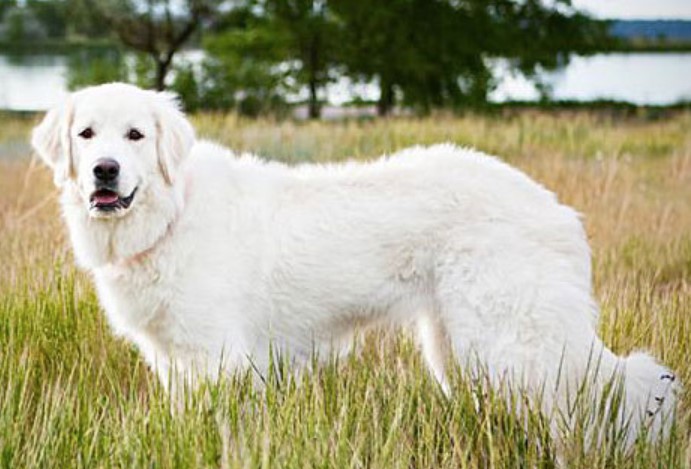 The result is an excellent combustible mixture of oriental temperament with European prudence and respectability. Fast and agile Akbash Dog, like his fellow countryman, Kangal Dog, today is the most famous shepherds and guards of sheep herds in the country. Actually, the breed was bred for this purpose. Akbash is an unusually agile and strong dog: he can defeat both a predatory wolf and an aggressive bear. Since 1978, Akbash dogs have been exported to North America, where they do an excellent job of guarding and grazing cattle and small ruminants, and to this day they are very popular among Americans. Akbash owes his appearance to his ancestors – slender and dexterous greyhounds. Long-legged, with narrow hips, big head, and long tail, Akbash is graceful, but at the same time strong and muscular dog with a height from 71 to 79 cm at the withers and weighing from 41 to 54 kg. Akbash’s coat can be fluffy, wavy, and long, or shorter and smoother (depending on the climate in which the dog lives), but it is always white and this is not accidental. Firstly, this is a kind of bait for predators: in a snow-white sheep herd Akbash can be overlooked and try to steal a sheep literally under his nose (and, naturally, get a powerful rebuff), and secondly, white wool allows the shepherd to distinguish the guard in the herd from a predatory wolf. By the way, the name of the breed was not chosen by chance: translated from Turkish “Akbash” means “white head”. This clean dog practically does not have a specific dog smell, and it is very unpretentious to care for – it is enough to clean his snow-white fur a couple of times a week so that it does not get confusing. Despite his harsh appearance, Akbash Dog has a calm and gentle character, at home, he is completely non-aggressive, which helps him both at work and at home. He easily gets used to the habitat and the owner is well trained and trained. This big dog is not too prone to expressing emotions, but he perfectly understands all shades of intonation and will be very worried and uncomfortable if you express dissatisfaction with him or scold him. But if you praise him and tenderly pat him on the withers (deservedly, of course), then he will be very pleased that he has pleased you. If you raise him correctly from an early age, then rest assured that there will be nothing to scold him for. Be sure to teach your Akbash to communicate friendly with people outside the family circle: he is very careful and suspicious of strangers and can consider them your enemies, each time trying to protect you from them – and these dogs have an unusually strong sense of responsibility for their own. Never get lost on it if you are not in the spirit: an undeservedly offended dog will remember such an offense for a long time. It is not recommended to keep the Akbash on a chain: he really does not like such lack of freedom and he can get very angry with you for it and even show aggression. 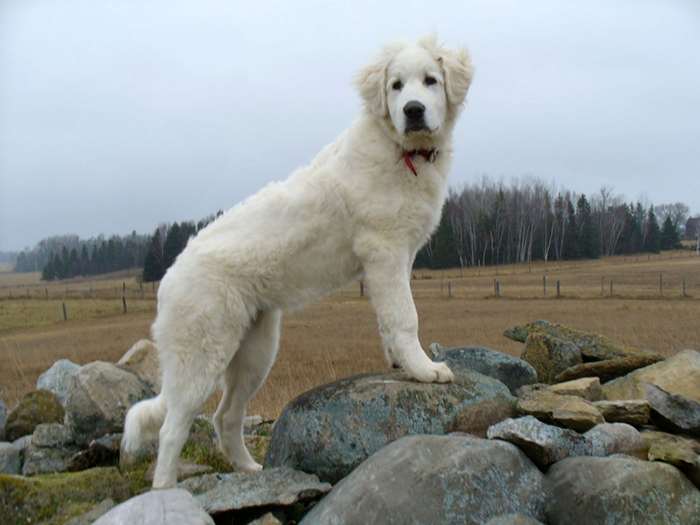 Also, Akbash Dog is far from being a homebody and likes to take long walks (and not necessarily active ones), so spoil him more often with “portions” of fresh air. Keep in mind that this breed is prone to dominance (this quality is especially manifested in the first couple of years), so from childhood, persistently, but not aggressively, let’s understand to your pet that you are the main thing in the family, not him and that your friends must become his friends.