The balanced nature of the Akita Inu is a distinctive feature of the breed, along with devotion, courage, and endurance. Clean representatives of the breed take care of themselves, do not have an unpleasant odor, which is important in the case of living together with a person.

Working qualities of dogs of this breed are considered: protection and hunting. On the hunt, they are prized for intelligence and fearlessness. Sharp eyesight and excellent sense of smell, silent and quick ability to move to characterize their hunting abilities. Being unsurpassed hunters, they can cope with a bear practically on their own. 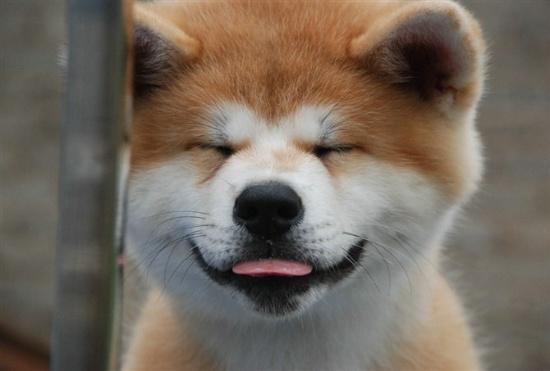 Dogs of the Akita Inu breed are devoted protectors, they have very well-developed guard qualities, so they are able to faithfully guard and protect their owners.

The degree of aggression towards strangers depends on the upbringing of the dog. If the Akita Inu was brought up as a companion, then she is unlikely to attack strangers, but she will definitely show alertness, signal a possible danger by barking.

Being an excellent companion, the animal gets along with children, shows tolerance for the antics of children. A distinctive feature of the Akita’s character is loyalty, as a result of which the animal has a strong affection for its owners. These qualities are described in more than one legend, including the well-known story about Hachiko.

At an early age, dogs of this breed are playful, over the years they become more restrained. But at the same time, adults do not give up games and fun pastimes with the owner, children, and other family members.

Possessing a strong will, traits of stubbornness can sometimes disobey, training sometimes becomes troublesome and not always successful. It is better to start training as early as possible, under the guidance of an experienced dog handler. Akita Inu does not accept pressure and harsh training methods. Achieving results and raising an obedient dog can only be achieved by encouraging the correct execution of commands with treats, praise, and affection.

The Akita Inu temperament trait includes a tendency towards independence, independence. Animals often show ingenuity and get their way with cunning. They love to make decisions on their own, for example, choose where to sleep, when to leave home and when to return.

Akita Inu harbors tremendous energy, which she needs to release during active walks, physical exertion. A dog devoid of physical exertion becomes difficult to control and is prone to the destruction of everything that comes in its way. Can turn everything upside down in the house.

The negative temperament trait of the Akita Inu is a pronounced aggressive attitude towards other dogs and animals. Among male relatives, it strives to be the main one, which leads to fights, while the dog does not respond to commands and becomes uncontrollable. To avoid excessive hostility towards other animals, dogs of this breed should be taught from an early age to communicate with animals. However, there are exceptions, it all depends on the upbringing. Some are great friends with cats.