In the late 90’s I had a boxer fighting dog named Santa. A normal animal, but, unfortunately, stupid. I got the dog by accident, already an adult, so you probably shouldn’t blame me for the stupidity of the animal. I took Santa for training according to a special program, where the dogs were trained to guard the owner, including executing the “Bite!” command, causing maximum damage to the attacker. 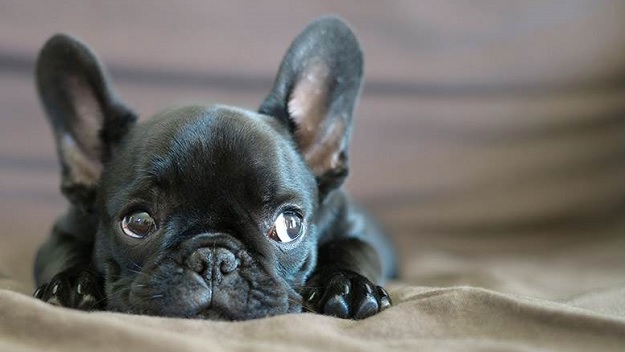 Dogs in our club trained about 20-30. Mainly Bull Terriers, Staffordshire Terriers, Dobermans, Rottweilers, and Boxers. The training was very intense because the dogs were used to make war machines. The pieces of training were carried out in the forest, the people were going to be specific, mostly they were strong guys with heavy chains around their necks. Everything was very serious, stern, like a man.

But then one day a cute creature came to our training, in a pink suit, and with long blond hair. Her name was Alice. So, Alice brought a small dog, breed, most likely, a dwarf bulldog. The muzzle looks like a boxer, makes funny grunts, and is about the size of an average boot. His name was Tasik.

I thought that Alice had mixed something up and just wanted to teach Tesik the “sit” and “lie” commands, but Alice and Tesik did not miss a single lesson. Although Tesik was a very obedient dog, it was impossible to watch without laughing how he performed the “Bite!” command – he ran very funny, curled up, and jumped up sharply in order to somehow jump to the attacker’s chest (our dogs were taught to work on the throat ).

Once, when Alice was not there, we asked the instructor: “Why this circus?” He replied that Tesik might not be able to protect the mistress but to stun the attacker and give the mistress a few seconds to flee in his power.

Tesik and Alisa had not appeared for training for a month and we already began to forget Tesik’s evil flights, as one day we saw a familiar pink suit, and after a few steps, we saw Tesik too. Tesik looked strange: his small body was bandaged, but, as it seemed to me, he walked proudly, one might say, like a hero.

Alice said that a few weeks ago she was attacked by some man, trying to rape and rob, and perhaps even kill. When he showed her the knife and ordered her to undress, she was dumbfounded, her legs became cottony, and her head stopped working from horror.

After a few moments, Alice heard an animal, full of pain, screaming. A shadow flickered in front of her rapist’s face. Tesik, taking off, dug his small teeth into the maniac’s nose, while very quickly tearing his face with his tiny paws. The rapist howled, Tesik growled, whined, and wheezed at the same time, and Alice was afraid to sway. The attacker managed to pull the dog out of the face, and he ran away. Tesik barked and tried to catch up with him, but where was he on his crooked paws.

Alice cried when she told us about her misfortune, and our stern faces reflected respect for the small but fearless hero. “What happened to Tesik? Why is he in bandages?” – asked one of the guys. “And it was he who got tattered in the bushes,” replied Alice.

These are the kind of tame, funny dogs.

If you have an interesting story about your pet, please tell us in the comments.