The cradle of the Alpine Dachsbracke or Alpine Dachsbracke is in Austria. It is a small, robust, and weather-hardy working dog, which is usually only given to hunters by breeding associations. Despite its small size of 37 centimeters on average, the hound accompanies the mountain hunter for hours and tirelessly on the daily stalk in the forest or in the high mountains.

Worth Knowing about the Alpine Dachsbracke

Due to her fearlessness and courage, she is suitable for fox and rabbit hunting, but wild boars are also tracked down and caught. Her excellent sense of smell comes in handy when she is used as a bloodhound. Bloodhounds look for game in the forest, which was shot wounded but was still able to flee. 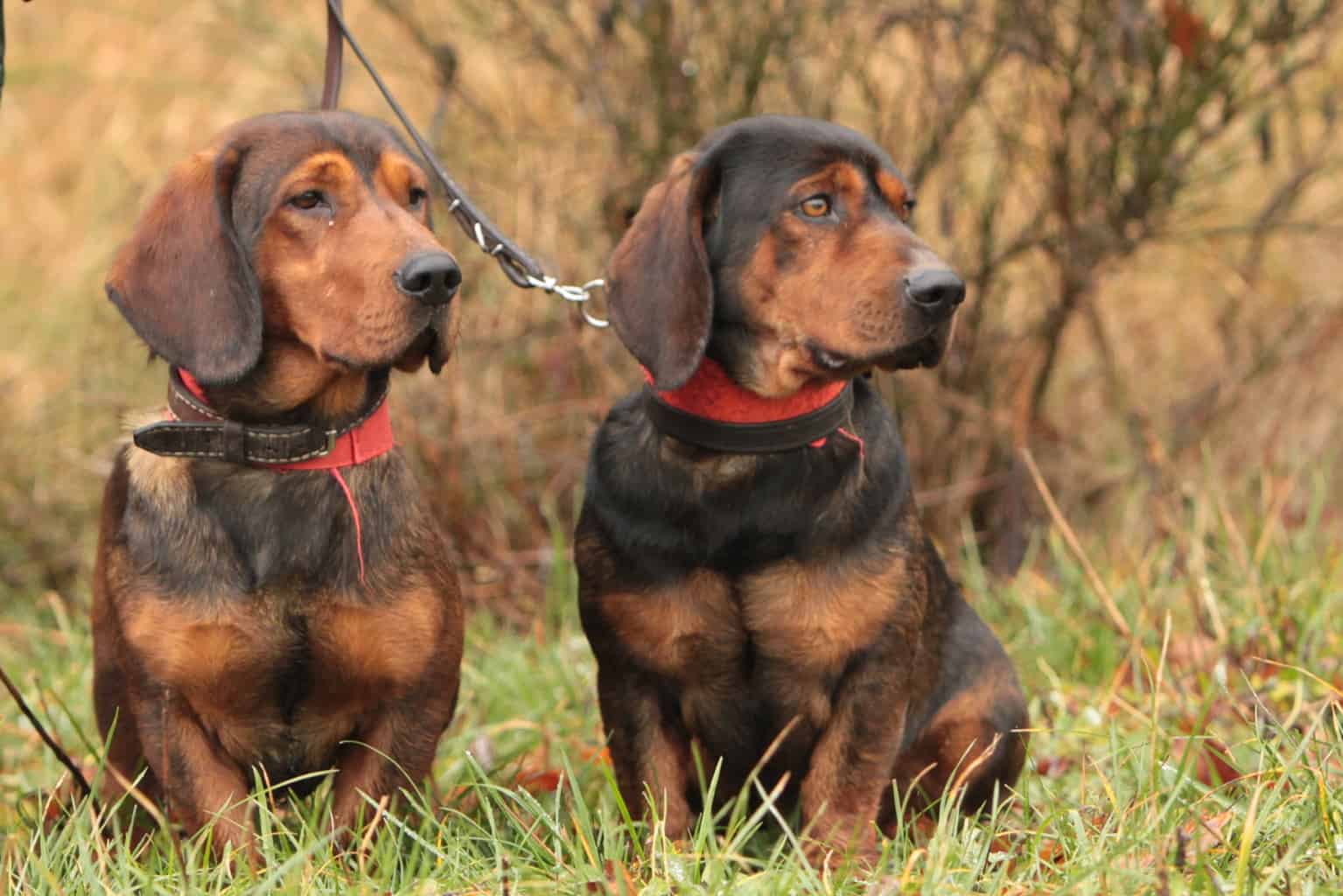 The Alpine Dachsbracke is a friendly dog ​​by nature that needs plenty of exercises, preferably in the woods.

In the apartment, she behaves calmly, open-mindedly, and friendly toward all family members. She was particularly fond of children. However, as soon as work calls and her master is waiting with a rifle and backpack, she will go hunting without hesitation. Training as a hunting dog requires a lot of empathy, a lot of time, and a lot of consistency.

The Alpine Dachsbracke is used for scavenging or bracke hunting, as well as for tracking. Bracken hunting is a special type of hunting that is carried out only with bracken over a very large area (at least 1,000 ha). Foxes and rabbits are hunted, and in Scandinavia, the elk is also one of their prey. The hound looks for a trail, barks to indicate this, and then leads the game to the hunter.

Her keen nose finds any trail and her sure-footedness almost always brings the hunter prey in front of his gun. During the search, the hound stays calm and proceeds systematically. Her good condition and willingness to work make it possible for her to be used for a difficult search even after a long search. Tracking becomes necessary when the hunter has only injured his prey and the animal was still able to flee. The badger hound picks up the smell of sweat (smell of blood) and safely pursues the prey.

Even when hunting waterfowl, the hound does its job with flying colors. She jumps into the water without hesitation and brings the shot birds to land.

A Short Portrait of the Alpine Dachsbracke

The Alpine Dachsbracke in a nutshell

Breed Characteristics of the Alpine Dachsbracke

The Dachsbracke is a relatively small but long dog with a strong, muscular build and relatively short legs. Their dense fur, both the brown stock hair and the undercoat, keeps them extremely warm during their year-round use in the forest and fields. 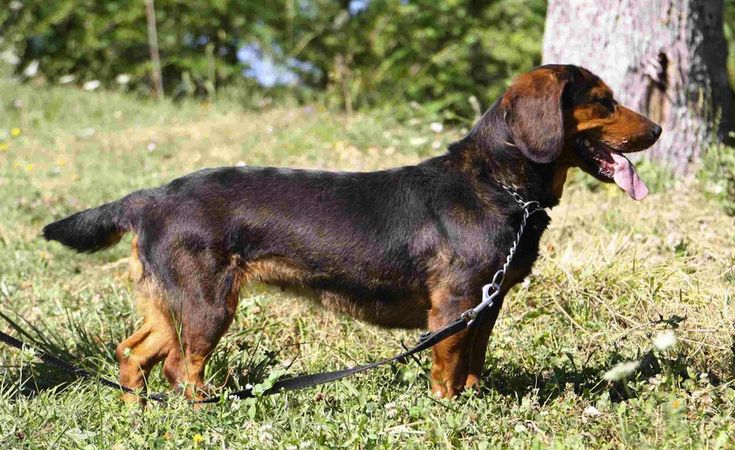 The head and muzzle with the impressive scissor bite are strong, the brown eyes give the dog a smart and friendly facial expression. Its smoothly drooping ears reach to the fangs. They are set high, broad, and of medium length.

Fore and hind legs with the round, strong paws run straight and show good musculature. Compared to the elongated body, the legs appear somewhat short. Nevertheless, they allow a space-consuming movement. The Bracke prefers to walk at a light trot. Her back is long and straight, her breasts are striking because of their pronounced depth. The Dachsbracke has a high-set brushtail (it is hairy on the underside), which is carried slightly lowered and almost reaches the ground.

The coat of the Alpine Dachsbracke consists of dense brown stick hair with a lot of warming undercoats. Their ideal color is deer red (black markings are possible) or black, but with reddish-brown markings on the head, chest, legs, and under the tail. A small white breast star is also permitted on the breast.