The American Foxhound or American Hound, as it is also called, is one of the oldest breeds developed in the United States. In 1966, this dog became the official symbol of Virginia, which is its homeland. Foxhound is used in collective, solo, or pair hunting for a fox. 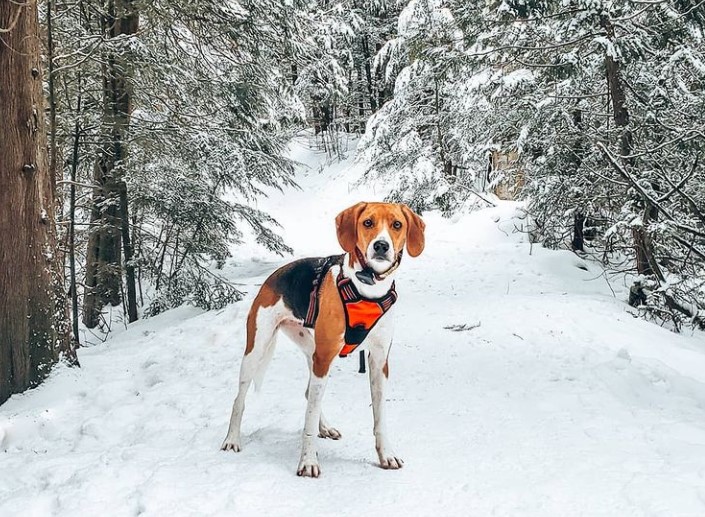 In 1650, Robert Brooke, the future leader of the County of St. Charles in Maryland, brought a pack of English Foxhounds with him to North America and began to breed them. This is how Foxhounds found themselves overseas for the first time. However, at first, they showed poor results, because the terrain was rougher than they mastered in England. In addition, there were many dangerous animals in the colonies: wild pigs, bears, lynxes, and cougars. In short, it was difficult for English dogs to adapt to new conditions. In the middle of the 18th century, George Washington brought Irish and French Hounds from Europe to improve the type of American lines. Further work was concentrated in the state of Virginia, so the first name of the American Foxhound was Virginia Hound. Over time, it was possible to increase the livestock and develop about a dozen intra-breed lines, which were distinguished by their exterior and working qualities.

The American Kennel Club recognized the breed in 1886 and the United Kennel Club in 1905. The turn of the International Cynological Federation came up only in 1979, and after registration with the FCI, the breed became more or less known outside North America. 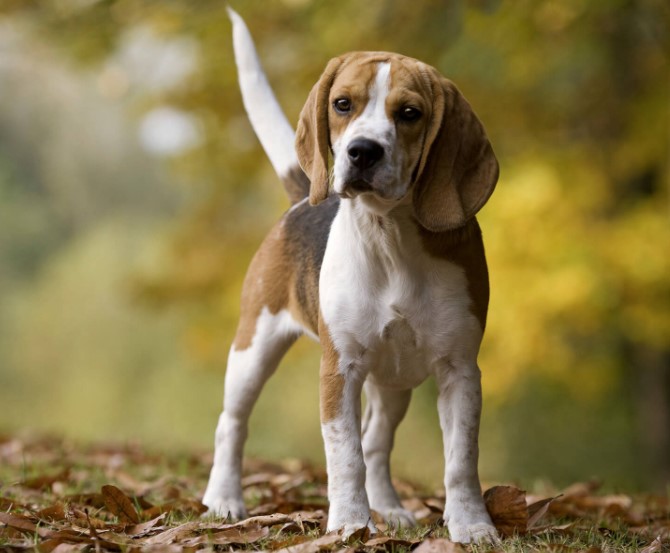 The head is medium in size, dry, with arousal, not deep folds may appear. The occipital protuberance is emphasized, the eyebrows are raised, the skull is of medium length, slightly convex, slightly tapering towards the eyes. The stop is moderate, the muzzle is straight, of medium length, evenly wide, and deep. The nose is colored to match the coat. The lips slightly overlap the edge of the lower jaw, fit tightly, and form a fold in the corners. The jaws are moderately wide. Strong ears set low, pulled to the back of the head, long, reaching almost to the nose, wide, with rounded ends, drooping. The eyes are wide apart, large, hazel, or dark brown. The teeth are white, complete with the correct bite.

The neck is set high, of medium length, and dry. There may be two symmetrical folds under the jaw. The withers are pronounced. The back is of medium length, slightly sloping towards the croup. The loin is short, wide, slightly arched. The croup is rounded, slightly sloping. The tail is of medium length, saber-shaped, carried high. The underside of the tail is brushed with coarser hair. The chest is moderately broad and long. The ribs are prominent, the belly is moderately tucked up. The limbs are straight, with strong bones. The anterior ones are placed under the body, and the posterior ones are parallel, extended beyond the line of the ischial tubercles. Paws are oval with dense pads and strong nails.

The coat is glossy, dense, of medium length, well adhered to the body, tough to the touch. Any color is allowed, more often white, tricolor, blue, red, creamy white, yellow-brown are found. 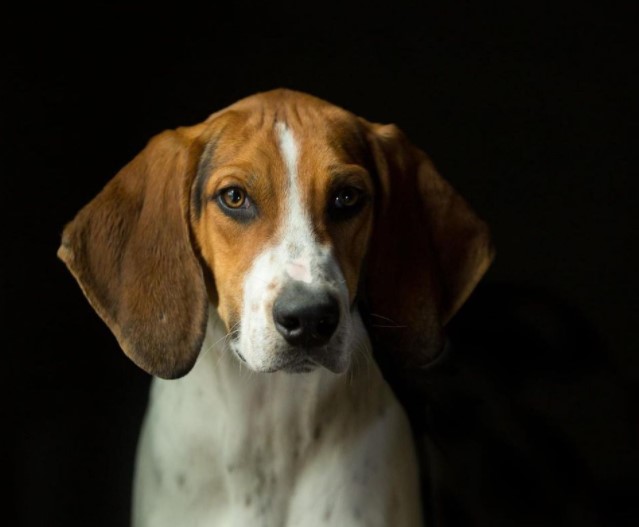 The American Foxhound is a balanced dog that does not show aggression towards people or animals. The American Foxhound feels better in the company of his fellows, however, having got used to living in a pack, it is less trainable and less active in interacting with a person.

Foxhounds are smart and docile dogs, very attached to their owners and love all family members, get along great with children. These are very active, energetic, cheerful, and friendly dogs, they are always ready for work or for any other action. When playing with the owner, they prefer stalking. American Foxhounds are calm and, in a way, timid. In the event of a robber attack, they may not even raise the alarm. Although some individuals can cope quite well with the role of a guard dog. 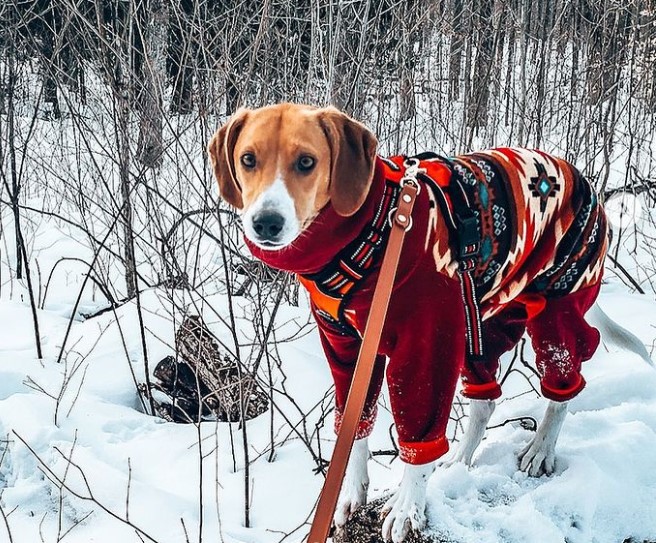 Optimal for Foxhound is keeping in a spacious aviary. Keeping in an apartment is possible subject to good physical activity, but it is worth remembering that these dogs are not small, they shed quite a lot, do not differ in cleanliness and accuracy. In addition, they are in motion for a very long time and bark loudly. You can feed the hound with ready-made or natural food.

Foxhound maintenance is minimal. To maintain its attractive appearance, it is enough to brush the dog regularly, check and clean the ears periodically. Regular brushing of teeth is advisable in order to prevent dental diseases. 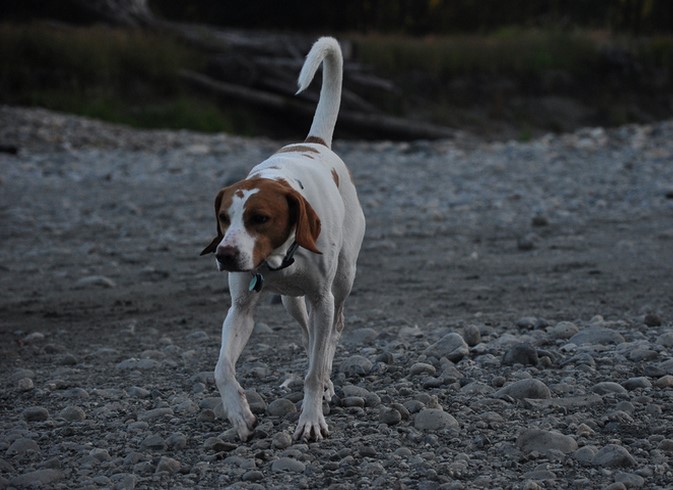 The small number of the breed and competent selection contributed to the fact that the breed was developing strong and relatively well-to-do in genetics. It is worth noting only some of the diseases that are inherited:

Of the pathologies that do not affect health, the risk of cryptorchidism, deafness, heterochromia is noted. All dogs must be vaccinated against major infectious diseases and rabies. This is especially true for Hounds in contact with a wild beast. Other veterinary preventive measures include treatment against external and internal parasites. Life expectancy is usually 10-12 years.