The American Quarter Horse (American Saddlebred, the original name) is one of the most popular horse breeds in the United States. The breed is universal. Its best representatives become the stars of show rings and exhibitions, and the breed itself will be a great purchase for a stable or a private owner. The Quarter Horse was developed for riding and harness and was widely used by cowboys to work with livestock. As such, it can also be used in modern domestic farms. It is also suitable for horseback riding for hire. It has good character, great trainability, endurance, and a sense of balance, as well as its running speed. The maximum speed of this breed recorded, 53 km/h, was shown in 1980 by a three-year-old stallion named Albatross Niagara Dream.

It is worth mentioning the famous smooth running which has become the front page of this breed. In addition to the standard gaits, the Quarter Horses are able to use two more gaits – improper trot and rack which are more convenient for a rider. There are special competitions for them in the USA where ordinary horses have no access.

Improper trot. A gait that is something in between the pace and the fast walk. The horse’s legs are lowered in turn, so that at least one hoof is on the ground at any given time. In this case, the speed is comparable to a slow trot, but the rider is not shaken because there is no phase of suspension.

Rack or, as it is sometimes called, four-beat pace, is something in between the trot and the pace. The speed of the rack is comparable to the gallop. 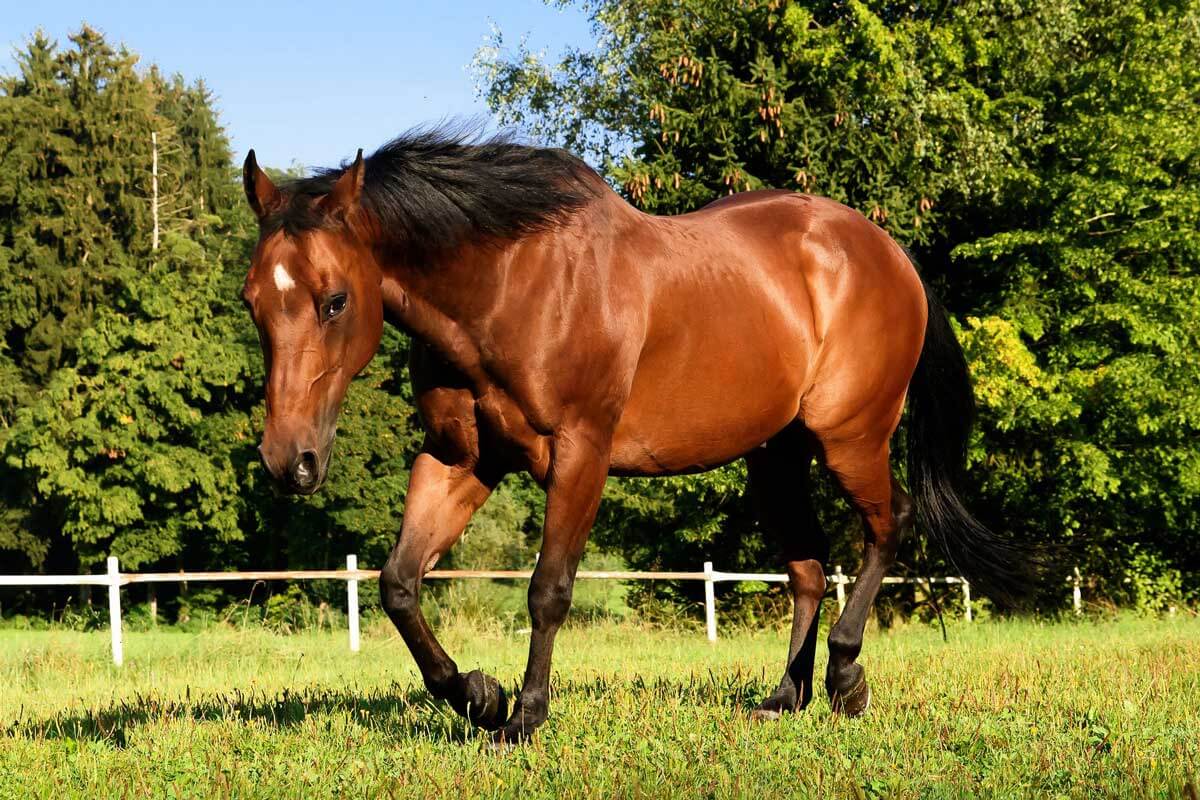 The American Quarter Horse was bred at the beginning of the 19th century in Kentucky, the USA, through a complex crossbreeding of the Canadian Pacer and the Narragansett Pacer with the Thoroughbred, Morgan, and Hackney. It was purposefully bred to meet the needs of the wealthy planters of the American South. They had to regularly go around their estates, and the roads in America were the worst at that time. Therefore, there was a need for a horse that would combine smooth running, endurance, speed, and excellent appearance, and was also suitable for the carriage team.

A specific type of universal Quarter Horse was formed by 1776. The new breed was distinguished by its elegant appearance and excellent working qualities. Its representatives more and more often won first places at exhibitions which at that time were held at horse fairs.

It is no coincidence that during the Civil War of 1861-1865 the generals of both armies preferred this breed. This love united the irreconcilable enemies in that war. Nathan Bedford Forrest, John Hunt Morgan from the Confederate troops, Robert E. Lee, Ulysses Grant, William Sherman, and Stonewall Jackson from the Republican troops fought and rode only horses of this breed.

After the war, the breeders, particularly Charles F. Mills, began to compile a studbook. This work was completed in 1891. 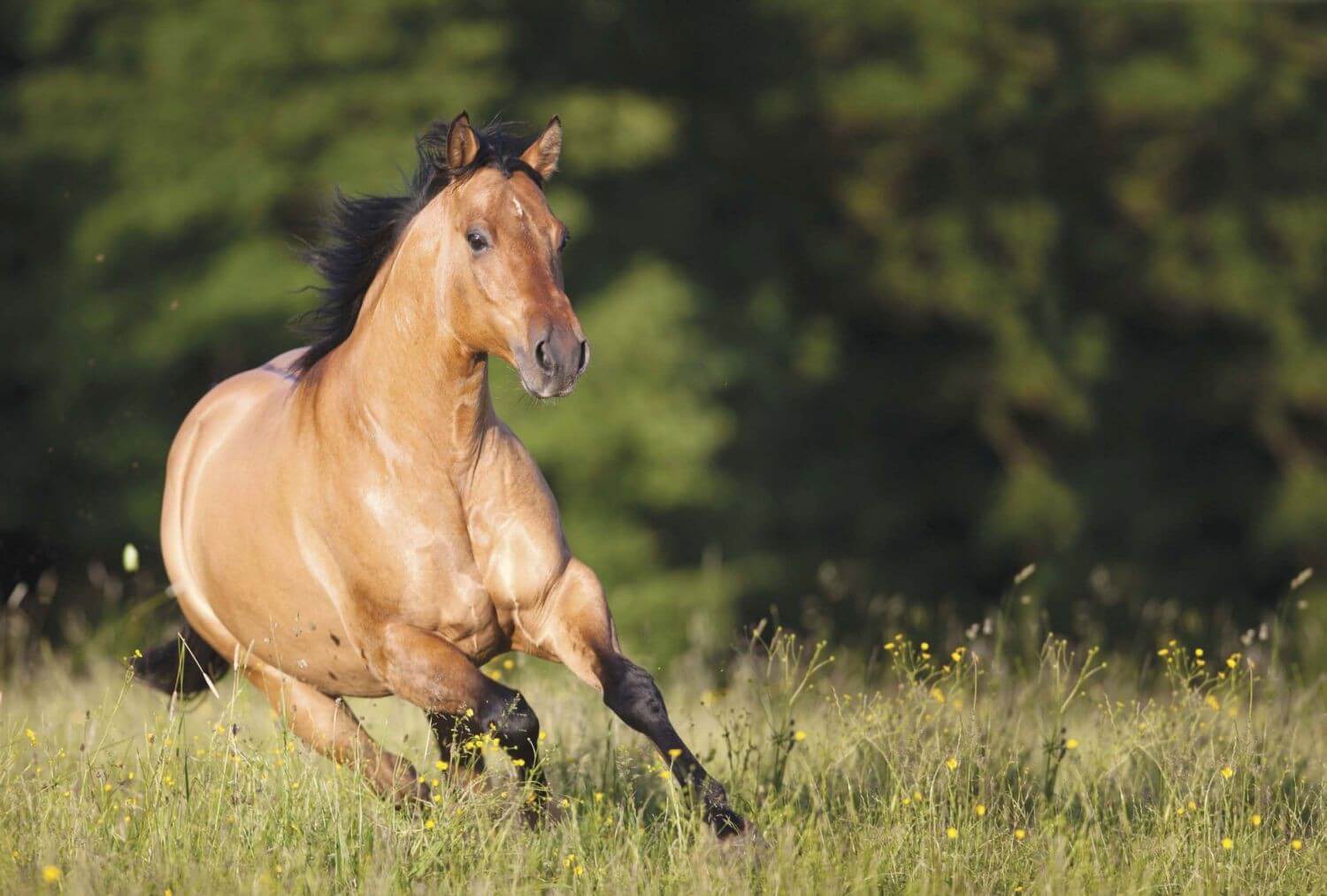 The American Quarter Horse in the Show Ring

The Quarter Horses are valued in the show ring for their beautiful gait and have rightfully earned the popular nickname “peacocks of the show ring” among Americans. They are able to perform not only a three-beat gait (walk, trot, gallop) but also a four-beat. The special thing is a very difficult, fast, and beautiful gait – rack. 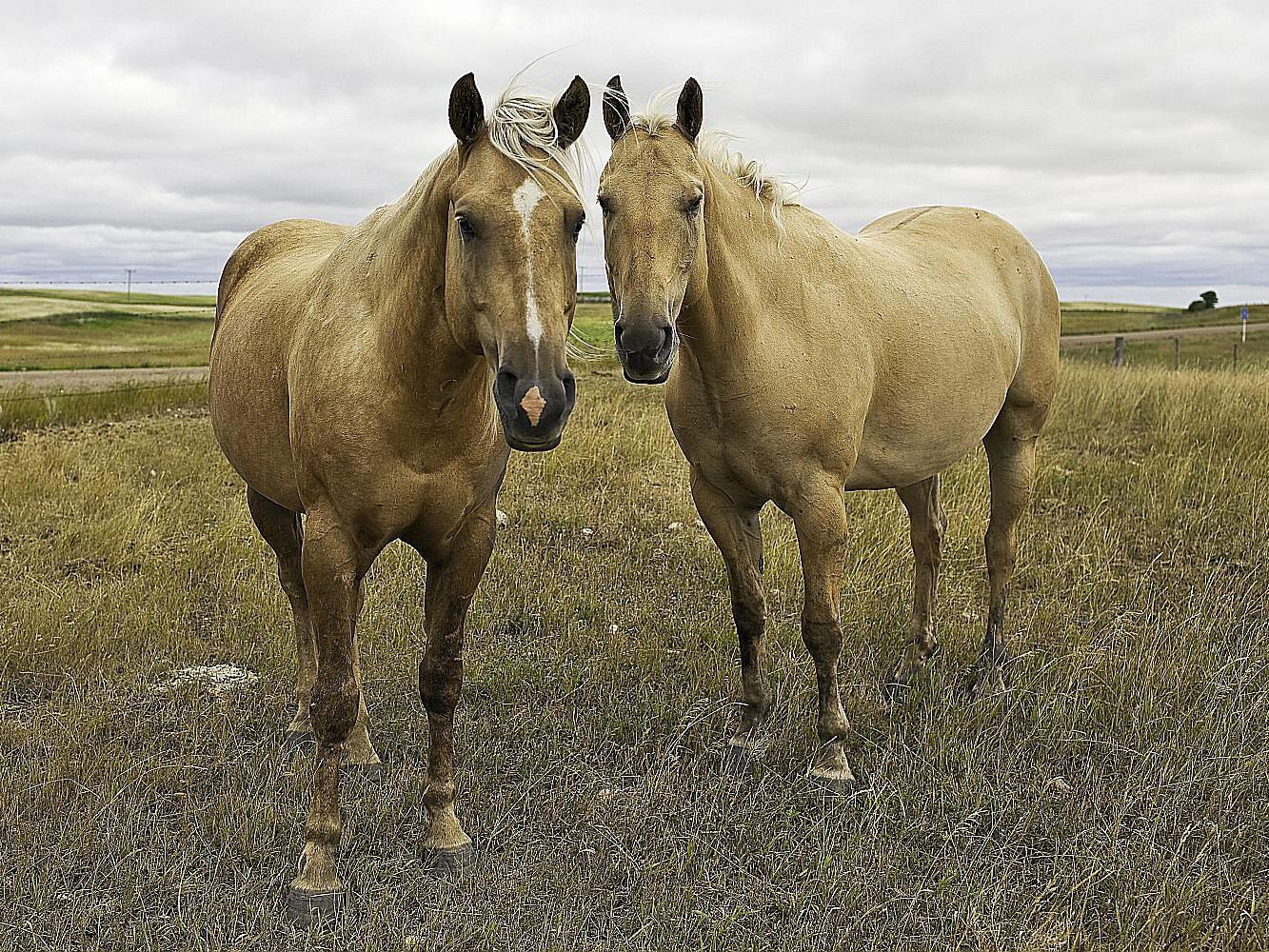 Usually, they are used in competitions called “Saddle Seat Riding”. All saddles are used in the way being offset from the regular position so that the rider’s weight is on the horse’s waist. This allows the animal to demonstrate the beauty of a stride without losing its gait. Special horseshoes are used for performance, which protects the pasterns of the front legs from being struck by the hind legs, and visually lengthen the legs. This is considered beautiful, as it gives the impression of a high landing and emphasizes the effectiveness of the gait.

This museum dedicated entirely to the Quarter Horse breed and its achievements is located at the Kentucky Horse Park. You only have to pay a $12 park admission fee. You can not only look at the exhibits but also touch them with your hands and sit on some.

A statue of Supreme Sultan, a famous representative of the breed, stands at the entrance to the Museum.

All of the museum’s exhibits focus on the role the American Quarter Horses played in US history and the formation of the breed. The exhibitions change regularly. There are interactive exhibits and a children’s area.

The library of the museum has the largest collection of literature on the breed which includes more than three thousand books. There is also all the information about the bloodlines and the genealogical tree of the American

The museum also hosts exhibitions of the Quarter Horses and sells souvenirs.

Famous Representatives of the Breed

Although the American Quarter Horses were once common working and military animals, today they have largely lost their unpretentiousness and resilience. They are very naughty horses, sensitive to maintenance conditions, and accustomed to a balanced diet.

According to the U.S. breeders, horses of this breed are particularly susceptible to six types of diseases:

A horse’s stomach can hold up to 15 liters of feed. Up to 200 liters of feed fit entirely into the digestive tract and take two days to complete the cycle of its passing. The feed is best digested during not heavy motor activity.

The American Quarter Horses consume feed leisurely. One feeding can take up to an hour. The feed is given on the basis of no more than 25 kg per day. This volume should be divided into 3-4 equal feedings. The animals are fed strictly according to the schedule, at the same time.

Juicy feed (grass and root vegetables). These should be in the horse’s diet every day if possible because eating them produces large amounts of digestive juices.

Even in the summertime, if the horse grazes, other feed should be added to the diet.

If you include freshly cut grass in the diet, make sure it is not too wet. The hay should be dry and green and have the characteristic smell of dry grass. Yellowed and moldy hay that smells rotten or moldy should not be fed to a horse. The duration of hay storage should not exceed two years.

Grains, particularly oats, and bran should be added daily. This is roughage that may cause digestion problems if consumed in its pristine form. Therefore, the grain is rarely given in its whole form. It is steamed, boiled, ground into mixed fodder.

It is good to give them corn. It contains substances necessary for the horse’s body, but its volume in the diet should not exceed one quarter.

How to Water Your Horse

An adult horse needs about 50 liters per day. The exact calculation is made according to the following system – you should give 0.6-1 liter of water per day per 10 kg of live weight.

The best thing is when the water is available all the time unless the horse has just returned from dressage and is hot. A good solution is automatic drinkers with the ability to cut off access to water for as long as the animal’s body temperature returns to normal. If there are no automatic drinkers, horses should be watered 3-4 times a day before feeding.

If the horse does a lot of training during the day, you should water him additionally 20 minutes before the end of the work.

When there is a lack of water, a horse’s digestion slows down and protein and fat breakdown products accumulate in the body which can have a negative impact on its health.

Like all other horses, the American Quarter Horses are susceptible to catch a cold. You need to follow a few simple rules to prevent colds: