Power, strength, and energy – these are the associations, first of all, arise when looking at this handsome man. This self-sufficient dog, who loves to dominate and make decisions on his own, has maintained a reputation as a reliable assistant to Turkish shepherds for several centuries. He (of course, with the help of several of his fellows) easily copes even with a huge flock of sheep, and rest assured that under his supervision nothing threatens them: in case of danger, he will fiercely defend his charges. 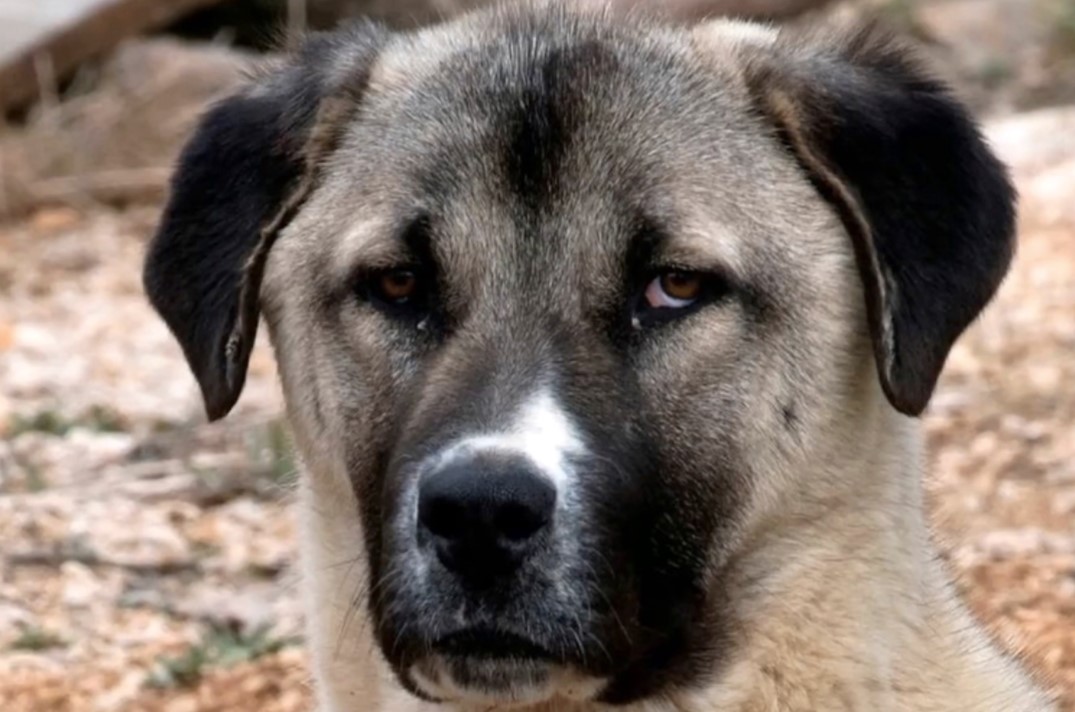 By the way, when protecting the herd, Anatolian herding dogs use their own special, time-tested tactics: if they see a moving object approaching the sheep, they automatically regard it as a potential threat and rush headlong towards it, even if it is just a non-hazardous car. … Well, if this is really an enemy, then the dog is reliably equipped for a fight: in Turkey, the owners of these brave dogs always put them on collars with spikes, which protects their throats from the teeth of predators. This dog is accustomed to the difficult working conditions in the highlands of the Turkish lands and to any weather, therefore it is extremely unpretentious and very hardy – it knows how to save energy and can work tirelessly for several hours in a row. In addition, these qualities have been bred in him for centuries with the help of the most prominent representatives of the canine world, in particular, various greyhounds. And his most ancient ancestors are considered dog-like hunting dogs from the homeland of the world’s most ancient civilization – Mesopotamia. The Anatolian Karabash was also used at various times for hunting lions and wild horses and even as a fighting dog during periods of war. Anatolian Karabash is a large dog with relief muscles, height at the withers from 71 to 81 cm, weighing from 50 to 65 kg. He has a big head, a powerful thick neck, strong high legs, small, far-set eyes, medium-sized triangular ears, rounded at the ends, a long tail of medium fluffiness. The movements of this dexterous hunter are interesting: while walking, he keeps his head and neck level with the line of his back, so it seems that he is not walking, but sneaking. The thick short coat of the Anatolian Karabash is more often of different colors, but the most common is one color, for example, cream or reddish with black darkening on the face and ears. The Anatolian Karabash has a rather complex character: he is not very sociable and does not like to feel subordinate, following the instructions of the “boss” – the owner. In order to minimize the development of these character traits, from childhood, introduce your dog to friends (otherwise he will simply not let them into the house later) and patiently teach him regular obedience lessons. Also, do not forget about physical activity. This stubborn man is very unpretentious, has good health, and was simply created for life in the courtyard of a country house, where he will feel like a real master of his territory and a loyal protector of his family, to which he treats with great trepidation and respect. Despite the fact that this breed is not recognized in its homeland, there is an international club of Anatolian Karabash lovers in the world, which includes several hundred of its fans from the USA, Canada, Germany, Great Britain, Mexico, and other countries. These creatures are especially popular in the USA and England, where they are used as guard dogs and companion dogs.