In some languages, the name of an owl arises as an onomatopoeia for the cry of a bird: lat. ulula; Old-German hûwo; English owl; German. Eule. In both English and German, the word owl also denotes a jester (English owl-glass; German Eulenspiegel; compare: Ulenspiegel); at the same time, in both languages, the second component of the word jester points to a mirror and, accordingly, to shine and light. 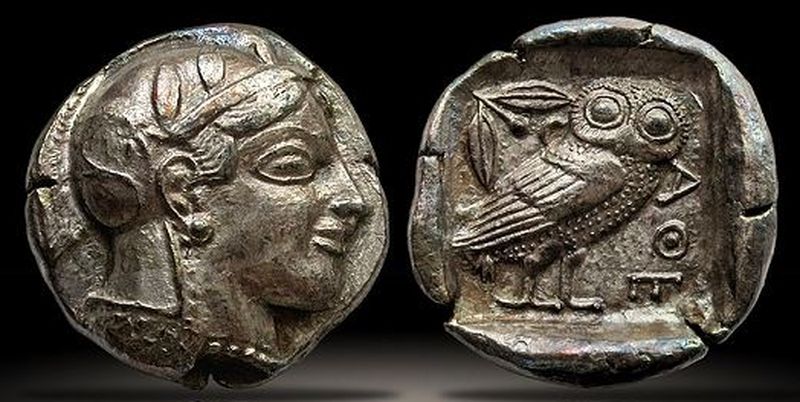 Owl in Greek – γλαύξ; at the same time γλαυκός – “shining, brilliant, light”, and γλαυκ-ῶπις – “light-eyed” – the epithet of Athena (in Homer this epithet also means “owl-eyed”). On the paradoxical connection between light and an owl (night bird) – below.

In Latin, the owl, in addition to the specified (ulula), has another name – strix; strix is believed to have sucked blood from children. Perhaps there is a connection between strix and striga – “old witch” with strangulo – “to choke, (y) to crush; to make sterile; to torment”.

Owl in French – chouette; être chouette – “to be generous, generous.”

Why is the night owl bird associated with light and at the same time – with a clown? The jester is endowed with both demonic and comic features, is one of the metaphors of death. Those. associated with the “lower world”, darkness. At the same time, the jester is an indispensable participant in the holidays of the transition, his task is to imagine the transition of death into life, the change of the old and new years, darkness, and light. 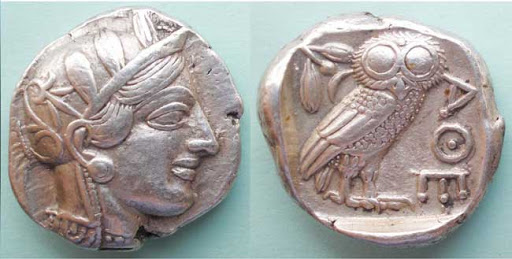 It is well known that one of the attributes of Athena is the owl.

Another attribute of Athena is the snake; in the Orphic hymn (XXXII, 11) Athena is called “a motley serpent”. Athena is the patroness of snakes; in the temple of Athena in Athens lived a huge snake – the guardian of the acropolis, dedicated to the goddess (Herodotus. VIII 41). The chthonic past of Athena is indicated by the image of the goddess with snakes of the Cretan-Mycenaean period; this is where the wisdom of Athena originates. Athena’s owl plays a similar role – a bird of nocturnal, a bird of darkness and forest, i.e. belonging to something that is not related to “culture”. The wisdom of Athena the owl, in other words, is not “cultural”, not acquired, but “original”.

Less well known is another attribute of Athena – the rooster, a universal symbol of the sun, the resurrection from the dead, the eternal rebirth of life. The rooster also acted like a chthonic bird; if a light, red rooster connects with the sun, fire, then the black rooster – with water, the underworld and was dedicated to Asclepius as an image of healing death-rebirth; the convalescent sacrificed a rooster to Asclepius: cf. the words of the dying Socrates: “Crito, we owe Asclepius the rooster” (Phaedo 118).

The owl and the rooster, as symbols of darkness and light, exist separately from each other, however, ambivalent in themselves, acting as the hypostases of Athena, emphasize their two-naturalness and the goddess. It is darkness, but also the light that shines in the darkness.

In African myths and beliefs, the owl enjoys the most sinister reputation, however, here, too, the owl and the rooster exist as a single symbol of the duality, disunity of the universe. Among the Ha, the people of the coastal regions of Ghana, it is widely believed that the owl is a “devil bird”, a witch transformed into a bird, calling witches to the Sabbath with her cry. In-flight, these birds emit a shimmering, bluish light, just like witches. Light streams from the beak, tail, sometimes surround the entire body. According to one local observer, owls often live in the hollows of old rotten trees, whose wood is infected with phosphorescent bacteria. Once on plumage, these bacteria create that frightening light that, in the eyes of the local population, turns owls into truly devilish creatures.

“I became like a pelican in the wilderness; I became like an owl in the ruins” (Psalm 101, 7). With this verse begins the chapter “On the Night Crow” in “Physiologist”, a teaching book of the 2nd – 4th centuries. Here is the translation of the Greek text in full:

“The psalmist said,” I became like a night crow on the ruins of a house. “

The physiologist says that this bird loves the night more than the day.

Our Lord Jesus Christ loved us, “in the darkness and shadow of death that sit,” the people of the Gentiles, more than the Jews, who have both sonship and the promise through the prophets. Therefore, the Savior said: “Do not be afraid, little flock, for the Father was pleased to give you His kingdom,” and so on.

But tell me that the night crow is unclean by law, and how can you compare it with the Savior? The apostle says well: “He made him sin for us, who knew no sin,” and “humbled himself, that he might save everyone and that we might be exalted.”

The Physiologist speaks well of the night crow. “

A rather strange bird resembling an owl can be seen in A. Durer’s painting “Christ as the Man of Sorrows”

There is a myth about how Athena deprived the sight of young Tiresias when he accidentally saw her naked while bathing. Having deprived the young man of his sight, Athena at the same time endowed him with a prophetic gift and the ability to understand the language of birds. Athena herself was thought of as Destiny and her “wisdom”, transmitted to Tiresias, was the knowledge of Destiny.

Sight = light, blindness = darkness. The prophetic gift means the ability to see the invisible, to see the light in the darkness – with a kind of “inner vision”.

Daruma is one of the most popular deities of Japanese folk Buddhism. Daruma brings happiness and wishes. In Japan, on religious holidays, they sell eyeless images of Daruma, on which one eye is drawn when making a wish, and the other is completed when the wish is fulfilled.

The generosity of the Owl is the generosity of the ancient Vessel, the source of life, fertility, wealth, wisdom, the Vessel is the symbol of Mother Earth, the mother’s womb, but at the same time death, the grave (compare Indian vessel in the form of an owl in the Museum of the American Indian, New York; ill .: MNM T.2, p.348).

In Athens, images of owls were often minted on coins. Banknotes of this kind were colloquially called “owls”. The saying “carry owls to Athens” meant an unnecessary action, because it was understood that additional owls are not required in Athens and there is also enough money there.

In this context, it is worth recalling that Owl in French is chouette; être chouette – “to be generous, generous.”

The title of Bosch’s drawing “Ears near the forest, eyes near the field …” is conditional (a Dutch proverb with morality – “… therefore I am silent”). In the center of the composition is a portrait or even a self-portrait (if we remember that bosch in Dutch means “forest”) in the form of a withered tree monster, in the hollow of which an owl nestles. The Latin inscription at the top of the picture reads: “Unhappy are those who occupy creative thought (ingenium) only with what is invented, without inventing anything new”).

Bosch’s drawing “Man-tree” is another “self-portrait”; there is also an owl, but the hollow, which is located in the rear of the tree monster, is occupied, and as far as the image allows, we see people feasting at the table in the hollow of the back. 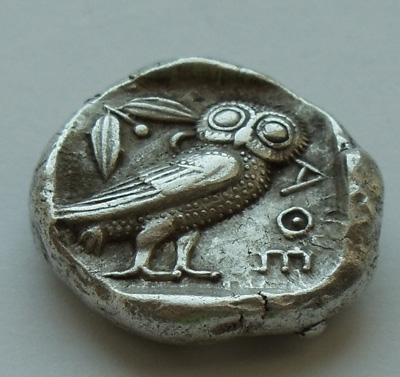 In the Middle Ages, the owl, which, secretly nesting in temples, not only stained them with its droppings but, as it was believed, also drank oil from lamps, was associated with a number of deadly sins (including Laziness, Gluttony and “purely bird” sin Lust), considering it, moreover, the messenger of death. Already in Christian art of late antiquity, the owl served as an allegorical depiction of earthly extravagance. Therefore, the cross over their heads, present in some of the images, symbolized the victory of Christianity over its enemies. If, however, we recall the widespread images of the cross, at the base of which lies the skull of Adam (sometimes the cross literally grows out of the skull), another interpretation becomes possible.

Despite all interpretations, the “owl of Minerva” from antiquity to Hegel served as a symbol of supreme wisdom. Only the idea of ​​Wisdom itself, its source, and carriers changed. In the painting by Franz Snyders, the owl is perched on an unfolded manuscript, a kind of podium-pedestal, rather strange considering that the pedestal hangs in the air. This is clearly not an ancient chthonic owl, but an owl of culture, well-read, well-educated, with excellent manners, which favorably distinguish it from empty chirping, fussy fellows. “With a show-off under an umbrella.”

In Alchati’s Emblems (1546), the image of an owl is associated with critical defamation: the owl ratio, they say, is “prudent, but inactive.” In another emblem (1613), G. Rollenhagen depicted an owl with glasses with the motto “No light helps a blind man” (in the background a bird’s little thing attacks a bespectacled man, as the context suggests – for stupidity).

Goya’s famous etching “A dream of reason gives rise to monsters” is massively known only with a truncated version of his verbal commentary. The full text of the artist’s auto-commentary sounds like this: “Imagination, abandoned by reason, gives rise to unthinkable monsters, but in alliance with it, it is the mother of arts and the source of the miracles they create.”