Who is this mysterious wild dog with the sonorous name Dingo and where did one of the most ancient breeds in Australia come from? According to genetic scientists, the Australian dingo came to Australia about 4 thousand years ago, with settlers from Southeast Asia (in some remote corners of Indonesia, wild ancestors of the dingo are still found, for example, the wild Sumatra dog). Another group of scientists insists that the dingo originated from the Chinese domestic dogs, which appeared in Australia with settlers from South China even earlier than the Indonesians – 6 thousand years ago. And some researchers argue that the ancestors of the Australian dingo are Indian wolves and bet dogs, and Indian sailors brought it to the continent. 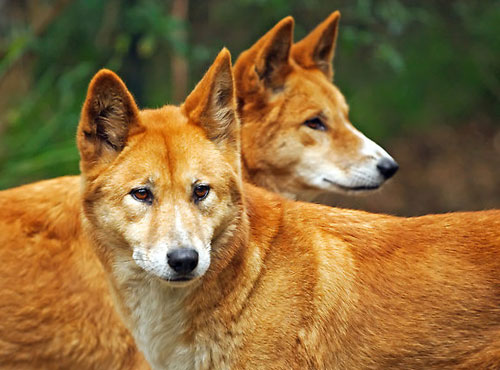 There are several more different versions of the origin of this feral dog, but, probably, the truth, as always, is somewhere in between. The structure of the body of the dingo is similar to the structure of the body of a wolf: a strong constitution, strong legs, a pointed head with erect ears, a curved fluffy tail of medium length. The dingo weighs from 23 to 32 kg, the height at the withers is 48-60 cm. The dingo has a soft, thick coat, most often of reddish-brown color, the ends of the paws and the tip of the tail are often white; there are also dogs of white, gray, dark brown, or black color. Nobody managed to fully domesticate this handsome man with excellent hunting qualities: his character is too wayward and rebellious, and keeping him at home is very risky. Although the dingo itself is a very smart animal, unpretentious in food and care. If you tame a dingo, then the dog will remain loyal to the owner to the end and will not be able to get used to anyone else: so if something happens to the owner, it will either wither with grief or run away. It is now illegal for Australians to keep a dingo as a pet. Several attempts were made to cross the dingo with domestic dogs, as a result of crossing it with a Scottish shepherd dog, the kelpie and heeler – Australian shepherd dogs were bred. The Australian dingo is the only carnivorous mammal in Australia. Since these domesticated savages have no competitors, they hunt everyone who gets in their way – be it a kangaroo or a small bird, often attack sheep and lambs, which causes hatred from farmers who pursue and exterminate predators (than in their own turn cause fierce discontent among animal activists). Dingoes also often indulge in the remains of hunting prey. These dogs hunt alone, but more often they do it in pairs or packs of 5-6 dogs, in which they also resemble wolves. Dingoes also prefer to stay in flocks, and they set up their lairs in secluded places – pits or caves. The dingo has a distinctive feature: oddly enough, this dog does not know how to bark, instead, it howls, whines and growls, and during preparation for the hunt, the whole dingo family in unison emits a kind of singing. By the way, puppies begin to be taught to hunt from the age of five months, and by the year they are already full members of the hunting gang. 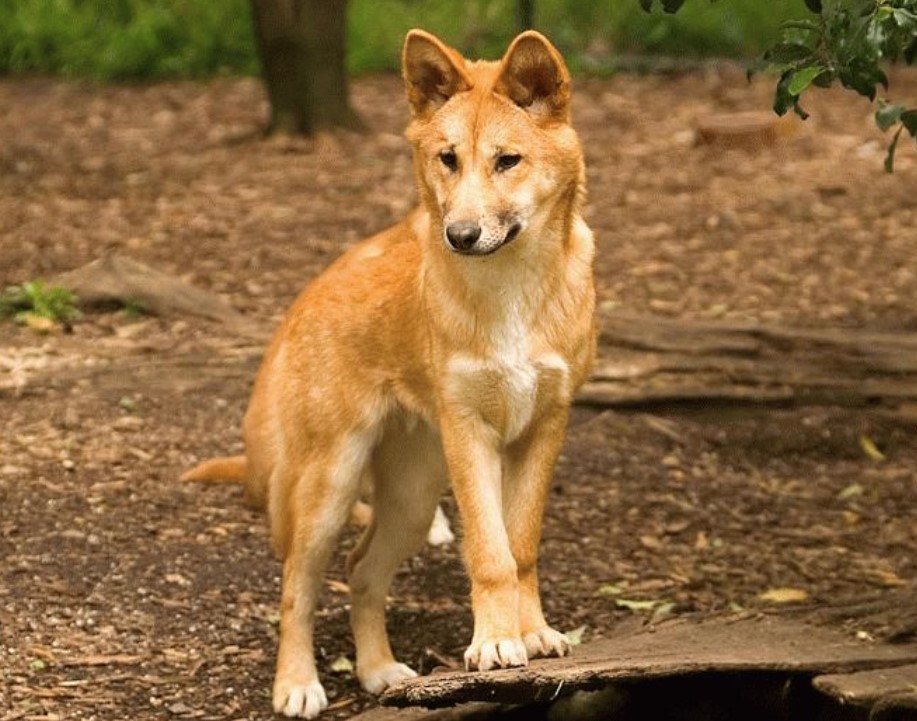 Now the Australian dingo is quite popular in the world – they are bred in nurseries and zoos, and are prepared to participate in exhibitions. But all the same, these brave and cunning predators are not intended for life in captivity and they are much more like to overcome obstacles and spend hours recklessly following the trail of their intended prey. By the way, scientists recently found out that the benefits of the dingo are much more than harm: it has a positive effect on the populations of more than sixteen species of endangered mammals, while only three species of animals are harmed.