Chihuahuas, in comparison with other decorative breeds, were born not through breeding work, but naturally. In their veins flows the blood of the ancient Techichi, which also did not differ in large dimensions. You can even say that modern Chihuahuas are tamed dogs with a “wild” past. 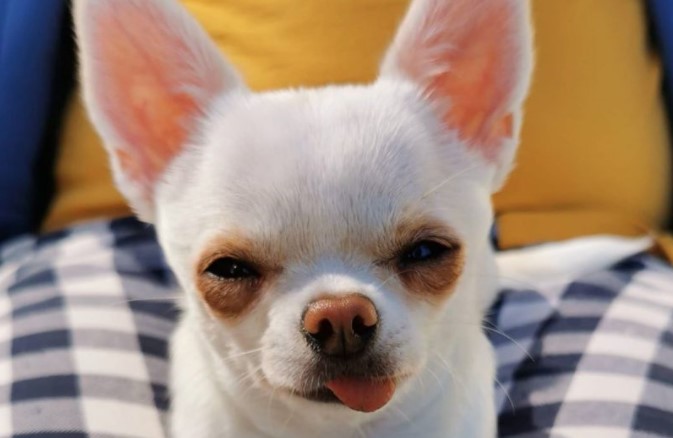 The bodyweight of an adult is usually in the range of 500g-3 kg. At birth, puppies look completely microscopic, since their weight rarely exceeds 120 g. The more puppies in a litter, the less each one weighs. From birth weight depends on what type of dog will be classified in the future. So, if at birth a Chihuahua weighs 80g, it will be classified as mini dogs. Puppies weighing from 90 to 120 g are classified as small types. The average includes dogs that weigh from 125 to 130 g. Chihuahua puppies that are born more than 150 g are called large.

The initial numbers show the minimum weight of the dwarf category. The latter indicates how much weight large Chihuahuas can gain. At the same time, growth varies between 18-25 cm.

Every owner should monitor the dog’s weight gain. So, if it does not meet the standard, the dog will not be allowed to participate in the show. Too much shortage can be regarded as a signal of the development of a particular health problem. How much weight an adult dog will have is usually influenced by the following factors:

The last factor is decisive in most cases. For Chihuahua babies, you need to create special, even gentle conditions for keeping. The pet must be fed exclusively dietary foods suitable for the breed type. Weight gain is usually tracked weekly in the first month of life. In other periods, monthly, up to 18 months. Cynologists say that a healthy dog under the age of one year should add from 80 to 100 g per month. After a year, the Chihuahua’s weight gain stops.

Owners who notice that pets are lagging behind in development should definitely find out the reason for the deviation. To do this, the dog must be shown to the veterinarian. The specialist will be able to determine the exact cause of the development of the deviations. They can be associated with gastrointestinal problems, improper diet, congenital abnormalities, the presence of worms in the body.

The Chiweenie is a mixed breed dog – a cross between the Chihuahua and Dachshund dog breeds.

Chiweenie looks more like a dachshund than a Chihuahua. They have an elongated body, shortened legs, most often drooping ears, but there are also high-pointed and pointed to the top. The color is inherited from the Chihuahua – black or golden. The tail is long.

This half-breed seemed to have absorbed the best features from his ancestors. The Chiweenie dogs are incredibly gentle and affectionate, but at the same time, they got endurance and restlessness from the hunting dachshund. They are even patient and condescending towards children, preferring to just leave if they don’t like something.

Their coat is short, so it does not require special care. The dog’s temperament makes it an excellent companion.

The teacup Chihuahua is a small dog. An adult could weigh around 2,3-2,5 kg, or even less.