Yorkshire Terrier dogs are considered one of the most popular around the world today. These cute, small, and very brave animals have won the hearts of many fans of miniature breeds. In addition, they do not require special care and the health of the pets is strong. And today a variety of this breed is gaining popularity in the world – the babyface. Let’s figure out what its peculiarity is. 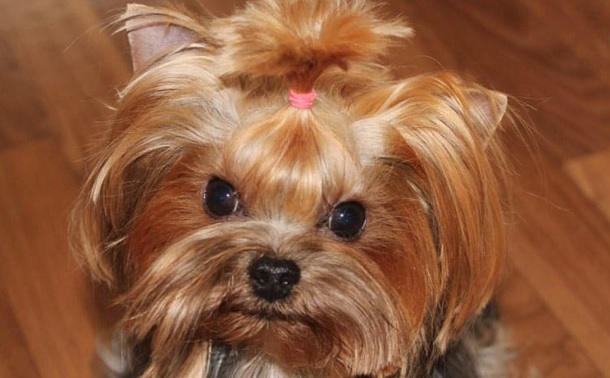 Yorkies were bred in England in the county of the same name. Nimble dogs were used as a means to get rid of rodents in mines. Workers carried pets in the sleeve of their work clothes, as the presence of animals in the mines was prohibited by law.

Subsequently, cute pets attracted the attention of noble ladies and now they have already begun to lie imposingly on the pillows in the ballrooms and attend social events with their hostesses. Very quickly they gained unprecedented popularity and became an integral attribute of any high society noble lady.

These cute animals are very similar to toys. The unusual structure of the skull and the bulging round eyes are so reminiscent of a doll. And a naive look makes this similarity even more real. They are very similar to their congeners, but there are still a number of differences, especially in the exterior.

The biggest differences from the standard are observed in the appearance of the dog. If you put two representatives of the breed next to each other, the differences will immediately become eyewitnesses.

In particular, the babyface differs from its relative in the following features:

Important! Due to the peculiarities of the structure of the skull, little Yorkies often have health problems.

Future owners of baby faces need to carefully choose a pet based on their pedigree and the health of their relatives. It can happen that the dog is very painful, like many decorative, artificially bred breeds.

In color, baby faces are very similar to standard Yorkies. They have many varieties of color, and often change color after reaching one and a half years. Most often it is a reddish-steel coat, straight, growing in a cascade. These dogs have no undercoat at all.

Terriers are very similar to their standard counterparts. They are very active and courageous. They love to play and will not let themselves be offended on the court, even if the opponent will significantly surpass the babyface in weight and height.

Dogs are very attached and affectionate to the members of the family in which they live, even to small children, often careless in dealing with animals. They love to spend time with their owners, play, have fun and walk outside for a long time.

Unlike standard Yorkies, babies have a very cute appearance, which often becomes the primary reason for buying this particular breed of the breed. Future owners should study the characteristics of the breed and think about whether they can provide proper care and allocate enough time for a quality pet life within the walls of the house.