This rare breed comes from Bosnia and Herzegovina and is the only breed from this country that has received worldwide recognition. And although in many other countries it has not received wide distribution and popularity, it is well known among avid hunters. She is appreciated for her special intelligence and hunting ability to work under any conditions and for any animal. 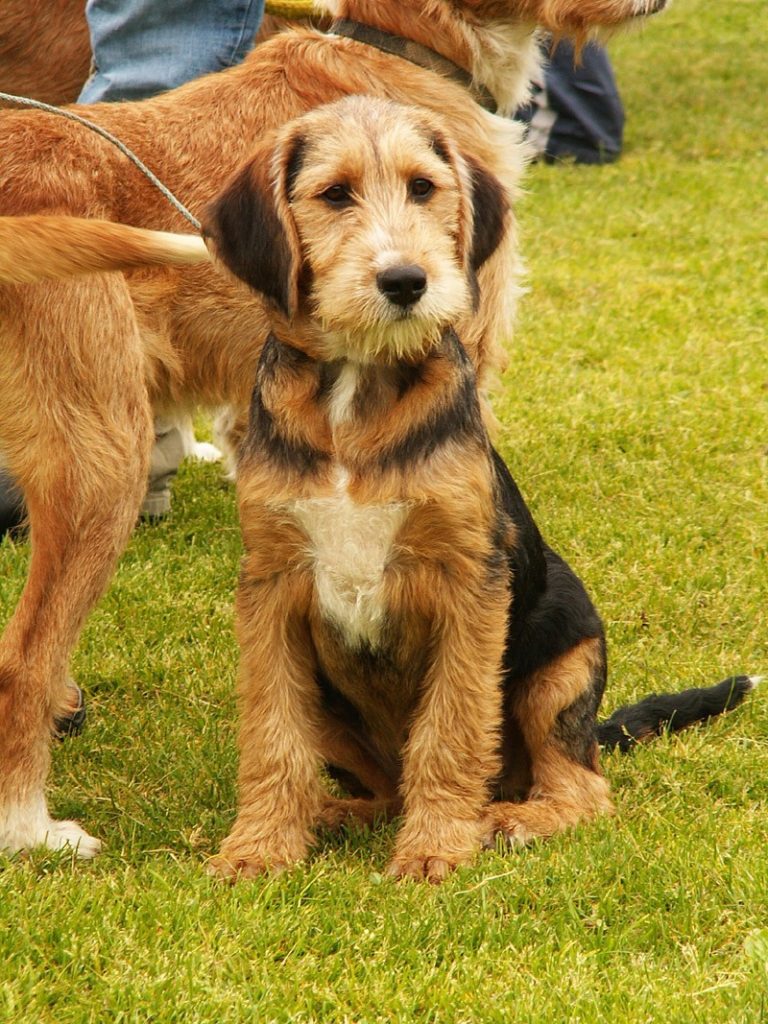 The Bosnian barrack as a breed took shape in the middle of the 19th century. But the first written records of these dogs date back to 1905. It was then that a captain of the Austro-Hungarian army named Frans Laska wrote the book Hunting in Bosnia and Herzegovina. In this book, the Bosnian barracks were described in detail for the first time. It is said that these descriptions later formed the basis of the official modern breed standard.

Interesting history of the name of this breed. It is known that the word “barrack” comes from the word “marriage”, which used to be used to refer to wire-haired hounds in Europe. This is a very ancient breed, the ancestors of which can be considered Celtic hounds. In the Balkans, they first appeared in the 3rd century BC. There are also suggestions that the blood of greyhounds flows in the veins of the barracks, which were brought to the Balkans by merchants from the Mediterranean. Do not exclude the possibility of kinship with Molossians. The current name of the Bosnian coarse-haired hound was given to the breed in 1973, although the breed was approved by the International Cynological Federation back in 1965 under the name Illyrian hound. But this was dictated by the then military conditions and conflicts that tore apart Bosnia and Herzegovina for a long period. 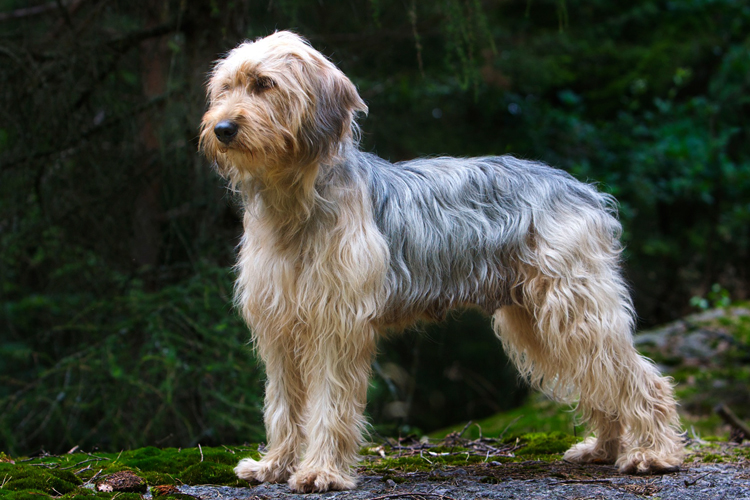 The Bosnian Coarse Hound is a robustly built dog with well-developed bones. They have a slightly elongated rectangular body, strong muscular legs, long and wide chest. These dogs are above average height – from 47 to 55 centimeters at the withers, weighing about 20-24 kilograms. But even with such parameters, the barracks are excellent at catching and holding games. All this is due to the very strong muscles and strong physique.

The head of the barracks is wide with an elongated muzzle, drooping ears, expressive eyes. Perhaps the most striking feature is the mustache, eyebrows, and beard, which make the dog a little funny. Bosnian hounds have a wide and slightly lowered croup, a slightly tucked-up belly. The tail is long, slightly curved in the form of a sickle.

The barracks have a very coarse, long, thick coat with a dense undercoat. She always looks a little disheveled. The color of the coat ranges from light wheaten to black and gray. Bicolor, tricolor red dogs with white markings are not uncommon. 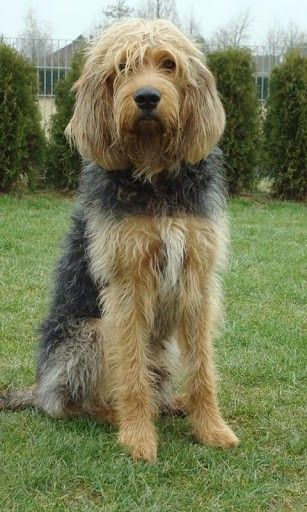 The barrack always gives the impression of a serious thinking dog. They love their owners, they are strongly attached to the house. Throughout the history of its existence, this breed was used exclusively for hunting, therefore, it has the striking features of a hound. They are wary of strangers, but with proper socialization, they do not show aggression. The barracks are sociable, so they get along well with other relatives if they are familiar with them from early childhood.

In terms of character, the standard Bosnian hound has a gentle, friendly, and calm disposition. However, this is the dog that knows how and can stand up for itself, so that it will not give offense to either itself or its owner. In addition, like any true hunter, they are brave, persistent, energetic.

Due to its long distribution only in Bosnia and Herzegovina, where barracks were used only by hunters, this breed received an exclusively hunting purpose. Due to their many specific qualities, these dogs are rarely used as ordinary pets. However, due to their bold and stubborn nature, as well as good physical shape, they can be used for security purposes, as a watchman. The dog has a loud ringing bark and excellent instinct, so it will immediately notify the owner of the slightest suspicion. 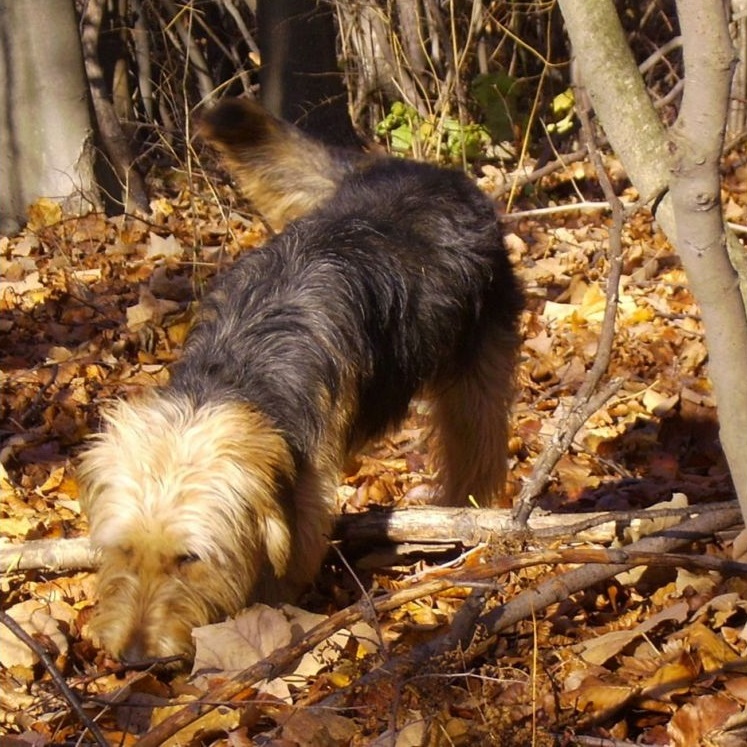 A dog like a Bosnian barrack does not require special care. At home, they are accustomed to living on the street in harsh climatic conditions, which allows their coarse thick coat. However, such dogs require a lot of physical activity and it is best if it is just hunting training. If your dog will not hurt, and you will keep it in the house as a guard, be prepared for long walks.

About hair care, it is advisable to brush it after each walk and comb it thoroughly several times a week. During molting, you will need to scratch your dog a little more often. The rest of the dog is unpretentious, gains muscle mass well even on ordinary homemade food, is not demanding on the conditions of detention.

Barracks are intelligent and disciplined dogs, however, rigor is required to train and train them. At puppyhood, dogs of this breed tend to be playful, so it is important to first establish a good relationship of trust and only then approach training. By the way, the barracks take criticism well and always try to please the owner.

The Bosnian barrack, although not a very large dog, was bred specifically for hunting a large game. So, the original purpose of the breed is to hunt a wolf, wild boar, bear. At the same time, mainly Bosnian hounds work in a group or in pairs, which better reflects their qualities. They are very hardy and hardworking. Hunters need to know that the barrack always drives the prey, but without the owner’s command, it will never touch it.