Draft horses are characterized by their muscular bodies, powerful necks, and legs. Their vocation is to carry heavy loads, and the hard-working nature and endurance of these animals are successfully used in agriculture. One of these breeds is the Belgian which becomes widespread in the territory of Belgium. We will discuss the peculiarities of these horses, their character, the field of usage, rules of care further in our article. 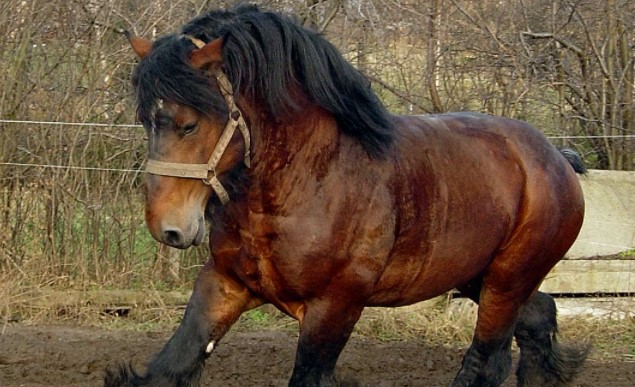 Draft horses were mainly used as knight’s horses in medieval Europe. This is because only such powerful and strong animals could bear the weight of a human body dressed in knight’s armor and armed with heavy weapons.

Such horses were incapable of galloping quickly and deftly, nor were they known for their stamina. Scientists say that the most widespread breeds of draft horses in European countries were the Belgians, Shires, Percherons, Clydesdales. 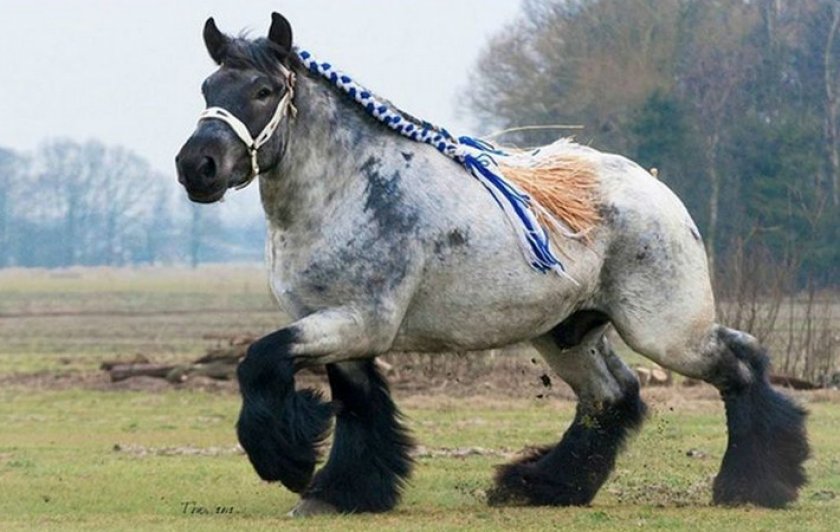 The multiple military conflicts that took place in the territory of modern Belgium caused the appearance of various foreign breeds which include the Flemish and Ardennes. The breeding work of Belgian specialists led to the appearance of the forest type of horses which later got the name of the Belgian draft horse.

The Belgian, as a result of breeding work, acquired a distinctive feature – the desire to survive. The purity of the breed was very strictly monitored by castrating weak stallions and exploiting pregnant mares, so that the offspring would fight for life and be hardy.

At the end of the knighthood, the need for draft horses became considerably less, and the breeders decided that it was necessary to facilitate the breed by crossbreeding the Belgians with trotters.

The Belgians are distinguished by their power and strength. They are stocky, have a voluminous body with a short neck and powerful limbs. The height of the average breed representative is 168-173 cm which is a short stature for a draft horse that can reach 190-200 cm at the withers.

The horses have a good musculature and a massive skeleton. The weight of such draft horses can be 800-1000 kg. 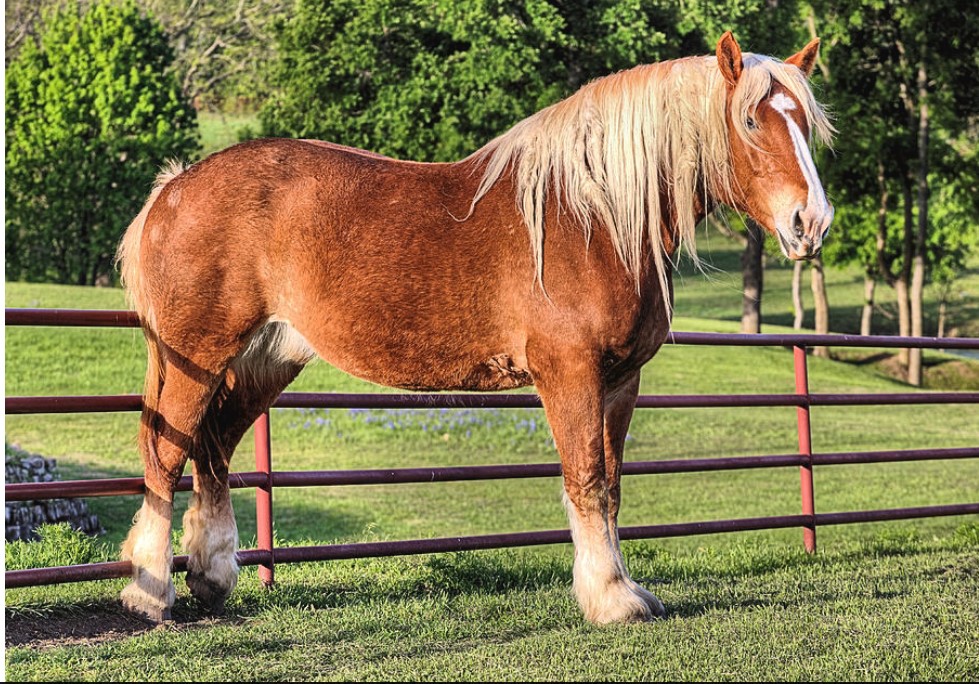 The coat color of the breed representatives is most often chestnut-roan with black limbs, but also there are horses with palomino and chestnut coat colors, less often with gray, bay, and sorrel ones.

At the end of the XIX century, the breed was divided into three lines according to its appearance and origin:

The main distinctive feature of the Belgian is its dry legs that implies wide metacarpus, thin tendons with good density, a good flexion angle at the hocks, and an excellent muscular top. The hooves are light-colored and large, rounded, and slightly flattened.

It is due to this combination of characteristics that horses of this breed can be so powerful and hardy and withstand great physical exertion. 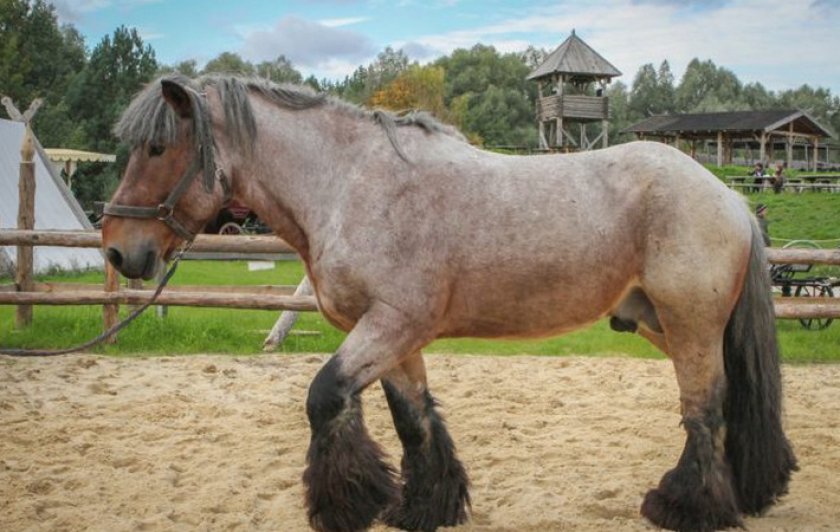 The Belgian can be easily recognized among other horses because of the following external features:

The Belgians have a very calm and gentle character despite their powerful appearance. As a rule, they are very hard-working and obedient. They are often used in modern life as assistants in logging and are controlled only by verbal commands to which they are obeyed well. 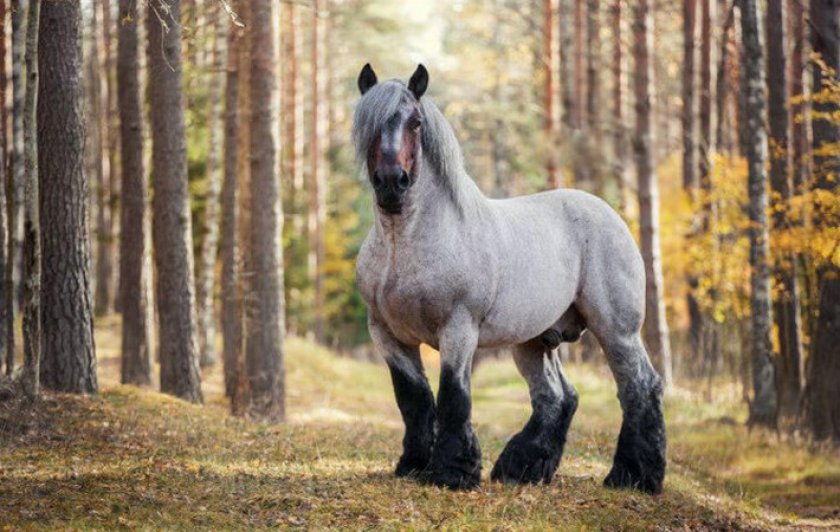 These horses are very smart and understand what their owner demands from them, they are friendly to him for which they often receive the nickname “daughter” or “son”.

The breed representatives are unpretentious about the food, they do not require special care, they rarely get sick.

The Belgian’s advantages are:

The disadvantages can be attributed only to the low speed of the horse. 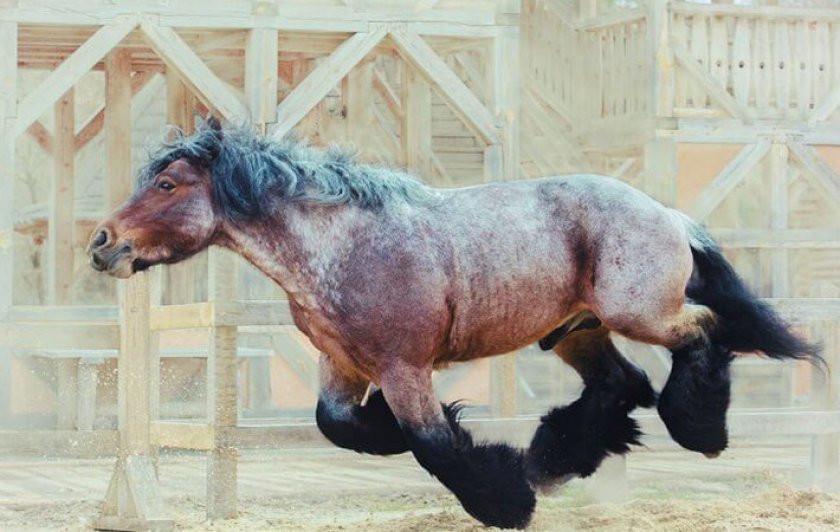 In today’s world, there is a high demand for the Belgians in the agricultural industry, and there is a tendency to increase the number of horses.

These horses are used on farms and in big cities in Belgium. They are also effectively used for fieldwork in Russia, Belgium, and the USA, despite the availability of modern machinery. 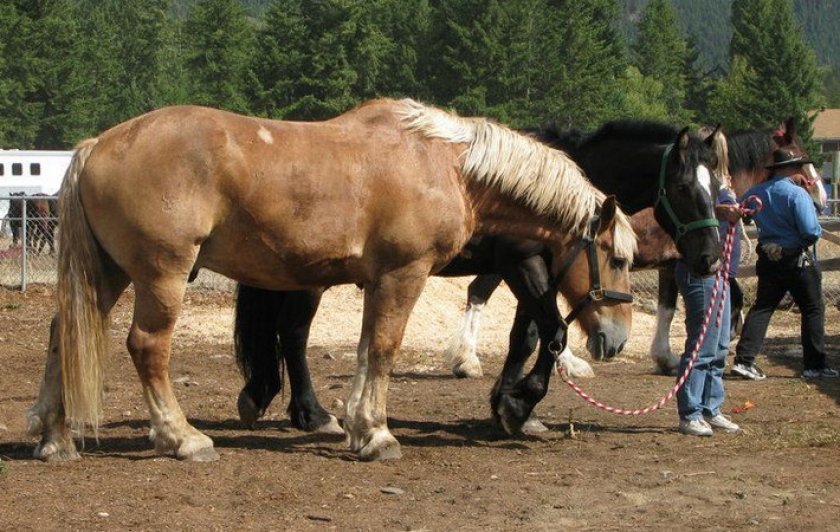 The Belgians can also be found in logging where it is inconvenient and inefficient to use machinery. They work in Holland, Northern Germany, Belgium, and France.

They are also used to improve other breeds by crossbreeding them with horses without any breed, for example, to produce good workhorses. There are also reports that the Belgian draft horse was involved in the breeding of such European breeds as the Shire and the Suffolk Punch.

Rules of Care and Feeding

Looking at the powerful Belgian horse, you might think that it is very demanding in terms of care and feeding but this is not the case.

There are some key points to be aware of in keeping and feeding the Belgians:

Despite the fact that the peak of popularity and demand for the horses of the Belgian breed was in the Middle Ages when the draft horses were extremely necessary for the transportation of knights with armor, the modern breed representatives can still be found on farms and forestry industries where they actively help people.

Their strength, pretentiousness, and good temperament make these horses reliable assistance for their owners.