Whether for dancing, playing sports, while driving, or discreetly in the background: Many people love musical accompaniment in everyday life. But what about our cats? Do they share the music taste of some cat owners or do they especially love it quiet?

Contents hide
1 Do Cats Like Quiet?
2 Music Composed for Cats
3 Cat Music Star: David Teie
4 What Type of Music Do Cats Like?

First of all: turning up the speakers loudly is not a good idea if there are cats in the household. Because our feline companions appreciate a quiet environment. No wonder:

Cats literally almost hear the grass growing. Loud noises are a horror for most people. This includes not only shouting and the vacuum cleaner, but also loud music. It is, therefore, best to only turn the music on at room volume if you want to listen to music with your cat. 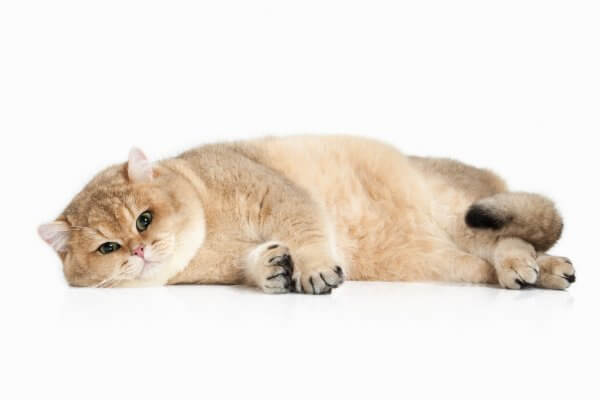 Researchers at the University of Wisconsin have landed a real hit for fur noses: specially composed music for cats. The tones are partly in the frequency range in which the cats communicate with each other. In addition, the scientist’s embedded purring noises in conventional melodies. The goal: a composition that both cats and their owners alike. The project was a complete success – at least for the furry test listeners: The 47 four-legged friends reacted strongly and positively to the special music. Some even snuggled up against the boxes. For comparison, the researchers played works by great composers such as Bach or Fauré. However, the four-legged friends showed no appreciable reactions to this.

The best-known composer for “cat music” based on the concept described is David Teie. The cellist was composed not only for the research project of the University of Wisconsin for cats. He even released two CDs called “Music for Cats”. In his works, he integrates purring or sucking noises, which remind the velvet paws of the time together with the mother cat. The main melody is carried by classical instruments such as cellos. You can listen to some examples on YouTube because David Teie has his own channel.

Perhaps you too will enjoy the relaxing sound of the fur noses! If only your cat is enthusiastic, you can use the music in a targeted manner. For example, if you want to please her or if she has to be alone for a long time. By the way: Although David Teie makes a lot of cats purr with his music, he doesn’t have a cat in his home. The animal lover suffers from a cat hair allergy.

As harmonious as the cat composition may be, you may want to hear something different every now and then. What popular music do our cats like? The following applies here: tastes are different.

The study situation as to whether the four-legged friends can even be enthusiastic about harmonic sounds from the radio is contradictory.

Much depends on the imprinting of the cat in the first few weeks of life. If she grows up in a household where a lot of music is played at a comfortable volume, she associates this with positive things. But the fact is: many cats are not interested in music. If it does, gentle classical music is well received. Concise drums and fast beats, on the other hand, find most fur noses to run away. Techno and heavy metal fans should therefore rather listen with headphones. At least one must make sure that the cat can escape into a quiet room or the garden before the “eavesdropping attack”.

In the meantime, Spotify offers its users the possibility of putting together their very own, a personalized playlist for their pets – including the name and photo of the four-legged friend.

Here are a few soft music tips to play with for your velvet paw!

Try is better than study: You can test a lot about classical music – from flea waltzes to arias from famous operas. Huge compositions with full orchestral strength, however, can be too much for the sensitive cat’s ear. Of course, you can alternatively leave the radio on and see how your cat behaves. Ballads or soft pop could suit your taste. Soft soundtracks from games or films are also a treat for some cat ears.