In the endless expanses of the ocean, many diverse and amazing creatures live. One of them is a blue, or blue, whale (Balaenoptera musculus).

Once these animals lived in all the oceans of the Earth from the Arctic to the Antarctic, but today their range has decreased to the northwestern part of the Atlantic and the north of the Pacific Ocean. 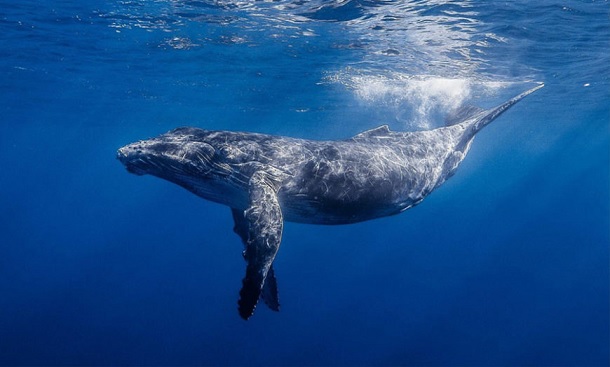 What is so special about this mustache whale? Yes, in principle, in structure, nutrition and behavior, this is a completely ordinary whale. It also keeps in small groups of 2-3 individuals away from the coast, sometimes it gathers in large numbers in places of accumulation of krill – its main food. It feeds on swallowing water along with plankton and krill, then filters this water through a “whalebone” – a mesh formation in the mouth – with the help of the tongue. Only a whale needs krill more than 4 tons per day …

The fact is that the blue whale is the largest (according to today’s data) animal that has ever inhabited the Earth. Only amphycelium, a sauropod dinosaur, can compete. According to the assumptions of scientists, the amphitselia reached 50 meters in length and weighed up to 150 tons. True, they died out 90 million years ago. The largest female whale caught weighed 173.792 tons and was 33.27 m long. Usually, whales reach 23-30 m and 100-120 tons. This is approximately the height of an 8-10 storey building and the weight of 112 adult male giraffes.

The tongue of a blue whale is 3 meters thick and is so wide that 50 people can stand on it quite comfortably. The heart is about the size of a car, and a person can walk through the arteries at full height. Cubs are born 7.6 meters long and weighing more than an elephant, drink 380 liters of very fat and nutritious milk per day for 7 months and add 90 kg each. in weight.

Unfortunately, the number of blue whales on the planet is declining, once there were more than 200,000 individuals, now it is about 10,000. Therefore, since the 1960s, this species has been listed in the Red Book as “endangered (EN A1abd)”.