Botia fish are usually not brightly colored, but Modest’s battle is a pleasant exception. The blue body and contrasting orange fins make the fish very attractive. To maintain this type of battle, you will have to prepare a spacious aquarium with a lot of shelters.

Botia Modesta (Yasuhikotakia Modesta) belongs to the Loach family and is its typical representative. Due to its peaceful nature, relative pretentiousness, and interesting color features, this fish is quite widespread in amateur aquariums. However, keeping this rather large fish requires a large aquarium. 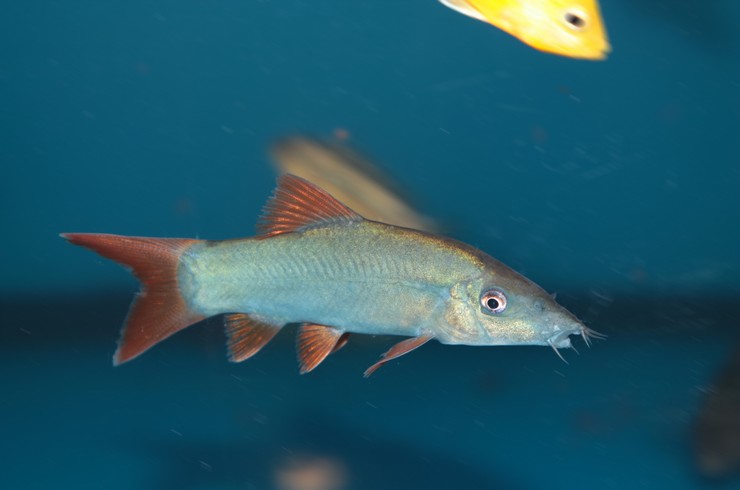 Lower mouth, near it there are sensitive antennae Females are larger than males and have a thicker abdomen, the differences are more clearly manifested during the spawning period.

Under suitable conditions, battles live up to 12 years.

The habitat of Botia Modest includes the basins of the Chao Phraya, Mekong, and Mae Klong rivers, which are located in Thailand, Cambodia, Vietnam, and Laos. The Mekong is home to several populations of this species, which become more numerous during spawning, especially in the upper reaches, where the fish swim to reproduce. The battles of Modest prefer running water, during the day they hide at the bottom among stones and tree roots, and at night they are active and feed. At different times of the year, battles can be found in the channels of the main rivers, in small tributaries, streams, and floodplain zones when rivers overflow.

Since the battle of Modest reaches a fairly large size, an aquarium of 200 liters or more is suitable for keeping a school of these fish of 4-6 individuals. Interesting behavioral features can be observed in the group. It is important to organize high-quality filtration and aeration in the aquarium. It should be equipped with a lid because the fish can jump out of the aquarium.

Since battles are active at night, the aquarium should be shaded using floating plants. These fish do not like bright lighting.

It is also necessary to place many shelters in the aquarium (grottoes, stones, driftwood, ceramic pots, etc.) where these bottom fish can hide.

The soil is best to choose sandy or rounded pebbles. It should be noted that the stones of the ground and decorations should not have sharp edges, which can damage the sensitive mustache of the battles, as they like to dig in it.

It is best to seal the smallest cavities in the decorations with aquarium silicone sealant so that the battles do not accidentally become trapped.

Once a week, it is imperative to change up to 30% of the volume of the aquarium.

Live plants can be kept with battles, but their roots must be strengthened and protected from fish access to prevent digging up.

Botia Modesta usually does not come into conflict with other inhabitants of the aquarium. This is a bottom fish that swims actively at night. However, slow fishes or species with veil fins can be bitten by fins. As neighbors, these fish are suitable for active, peace-loving species, such as rasbora, zebrafish, etc.

Sometimes, when keeping in a flock, intraspecific aggression can be observed, when a strong male chases the weaker ones, such skirmishes are accompanied by characteristic clicks. Therefore, it is recommended to equip an aquarium with Modest’s battles with numerous shelters so that weak individuals can hide.

Bots Modesta gladly eats both vegetable and animal food. Under natural conditions, the basis of their diet is mollusks, worms, insects, and other invertebrates.

As a rule, fights prefer to eat food at the bottom of the aquarium. They also often help control populations of small snails by eating juveniles. 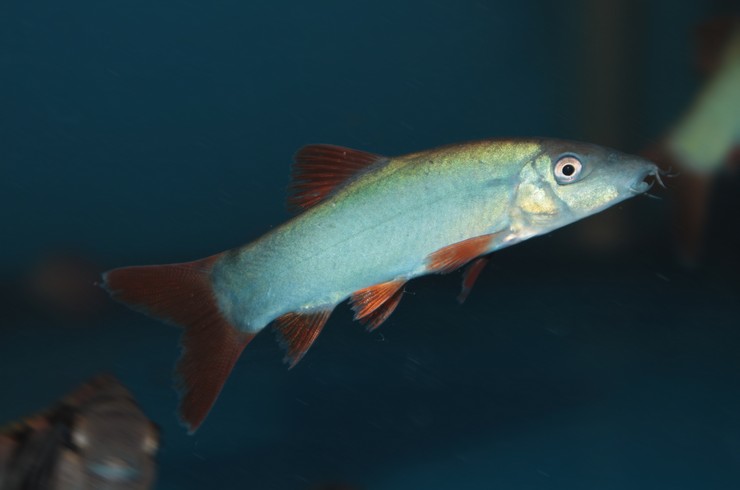 In-home aquariums, it is best to feed them with specialized foods for bottom fish that will contain animal and plant foods. Tetra Tablets TabiMin or Tetra Wafer Mix is ​​a good choice. They quickly sink to the bottom and can be placed in a convenient place for feeding. The plates gradually soften, releasing food for the fish.

Modest’s bocci is crepuscular fish, so it is best to feed them after turning off the lights in the aquarium.

Breeding of Modest’s bots on farms takes place with the help of hormonal injections. At home, there were no cases of reproduction, since spawning in nature is accompanied by seasonal migrations. With the onset of the rainy season, the fish move upstream of the Mekong River into tributaries and reach the floodplains, where spawning takes place from February to July. Juveniles grow and, after the water recedes, they enter the main channel.