The British Shorthair cat will become an excellent companion for people of all ages and family people due to its calm, cheerful character and philosophical attitude to the owners’ daily absences.

British shorthair cats are intelligent, affectionate, and calm in nature, they are characterized by the habits of loyal companions. They do not like to sit in the hands of the owner, but they prefer to be in the company of a person, to follow him or sit next to him on the sofa. The British get along well with children and other pets, cats of this breed remain alone. They patiently wait for the owner to return, but are very happy when he finally arrives. 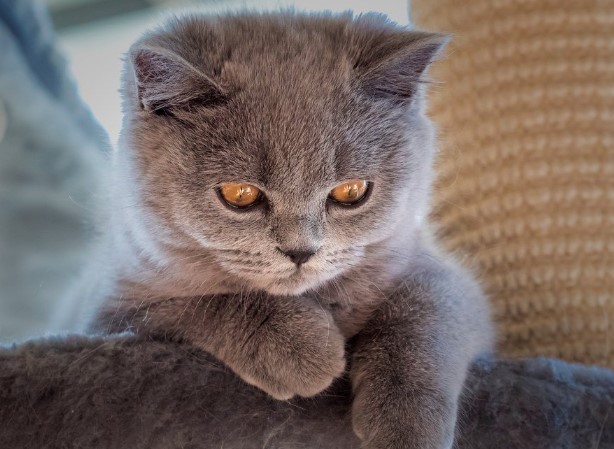 According to the description of the breed, the British Shorthair is a medium-sized cat with a powerful build. It is no coincidence that she was nicknamed “teddy bear”: she has a wide chest, short limbs, strong bones, and thick, short fur, “plush” to the touch. The head of the British Shorthair is round, with a short nose and well-developed cheeks. The eyes are large and round, the ears are small, slightly rounded. The tail is rather short with a round tip.

The British Shorthair is one of the oldest cat breeds in Europe. Her pedigree probably dates back to the cats of Ancient Rome, when the Romans once brought them to the British Isles. Later, these Roman cats were interbred with local ones and were valued as pets that deftly dealt with rodents. In the 19th century in England, interest in pedigree animals arose, and breeders decided to achieve recognition of the domestic shorthair cat as an independent breed. In 1871, British cats were at the first cat show, held at the Crystal Palace in London. During that period, in the formation of the breed, interbreeding with Persian cats was used, in particular. 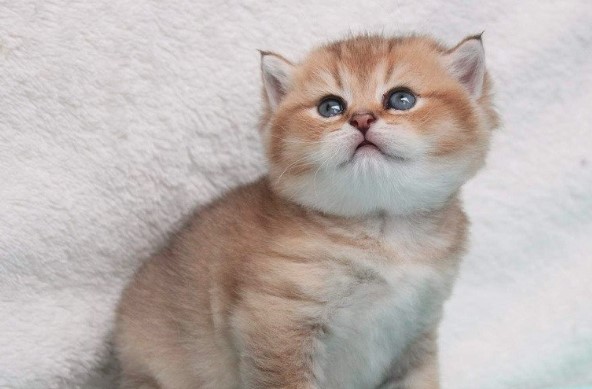 British cats do not give their owners much trouble. Their dense and thick fur practically does not tangle and does not fall off, therefore, to care for the wool, it is enough to go through the fur coat with a special brush once or twice a week and remove the fallen hairs. During periods of seasonal molting (spring and autumn), it is necessary to carry out more often, otherwise, furniture and clothes are unexpectedly fluffy. The ears are cleaned once every two weeks, it is advisable to wipe the eyes with cotton swabs dipped in boiled water, once a week.

It makes sense to give your pet preparations to dissolve the coat from time to time since when licking, part of the thick coat gets into the stomach and can cause serious health problems.

Frequent washing of the cat is undesirable since the natural fatty coat is a barrier to infections and bacteria. If the animal gets dirty for any reason, it can cause inflammation of the ear canal, mild remedies recommended by veterinarians, and make sure that no water gets into the ears.

The immunity of the British allows them to take long walks on the street without health consequences when the air temperature in cities does not drop too low, but in large cities, heavy traffic, dog attacks, and the actions of intruders require serious danger, so home maintenance will be preferable. 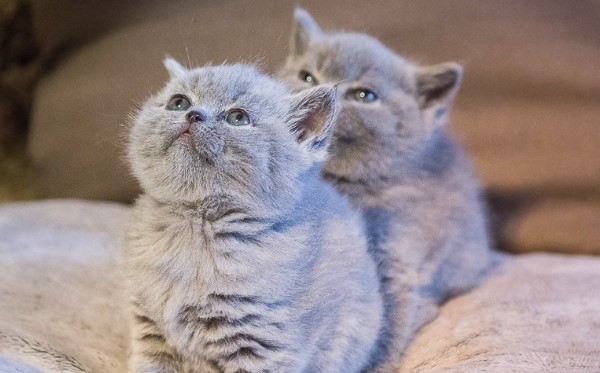 This breed is prone to obesity, which is the root cause of a number of diseases. Comparison of low physical activity of individuals leads to a rapid accumulation of excess weight. A balanced diet and strict adherence to recommended portioning measures help avoid problems. With a natural diet, do not forget about the need to take vitamin and mineral supplements.

How to choose a kitten

Like all purebred cats, real British Shorthairs are not sold in subways, bird markets, and free classifieds on the Web! The saddest consequence of such a “profitable” acquisition will not even be that from a fluffy ball, a cat that is completely different from a British cat will grow. As an inheritance from unknown parents, he can receive a whole bunch of congenital diseases, the lack of veterinary support and non-observance of the rules for feeding mothers and babies is the cause of poor immunity and acquired diseases.

A little British Shorthair is active and playful, has a good appetite, and react without fear to human society.