Cat cough is a common reason for going to the vet. If the house tiger coughs and even chokes, there can be many causes. Most of the time it is harmless, but occasionally there is a serious medical condition behind the symptom. It is therefore important to identify the trigger for the cough early on.

My Cat is Coughing

This is How You Can Tell If Your Cat is Coughing 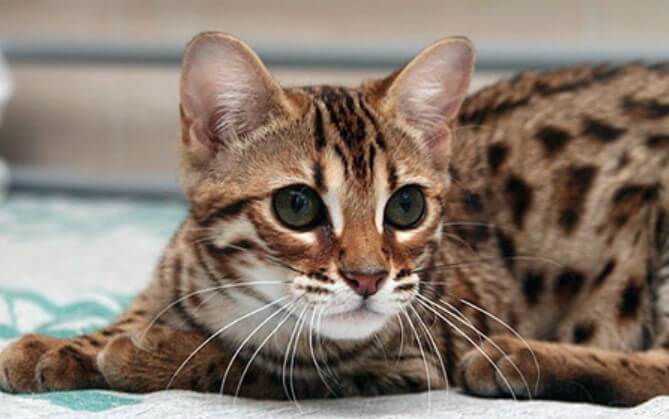 A cat sometimes coughs to protect itself from foreign objects in the airways. This reflex occurs when there is a sudden stimulus to the airways. Sometimes the stimulus comes from a foreign body, sometimes it comes from a liquid. It is important to distinguish whether the cat is coughing and sneezing or vomiting. Each symptom suggests a different cause. You can tell that the cat is coughing by the whistling or rattling noises. Often there is a harmless cause behind the sudden cough. The cat coughs less often in the case of acute heart problems.

Identifying and Treating Cat Cough as a Symptom of Harmless Causes

Oftentimes, the cough will go away quickly if you recognize the cause of it and treat it yourself.

The cat coughs when it has a cold

A velvet paw that is regularly outdoors and roaming around can catch a cold. Then she has a runny nose and coughs with or without phlegm. The symptoms usually go away on their own after one to two weeks. During this time, it is advisable to take care of the cat. She should be in a warm place. Furthermore, the four-legged family member must drink enough to moisten the neck. This can reduce the cough.

Cough in Cats as a Symptom of Serious Illnesses

If the cat coughs not just once a day, but for a long time, there may be an illness behind it. Many diseases are possible for this. Some of these are more common in young cats or older animals.

Cat cough as a symptom of cat flu

Cat flu is a virally transmitted infection. It spreads from cat to cat. Several animals in a common household are often affected at the same time. The symptoms appear acutely and suddenly. The fur nose coughs and vomits, sneezes, and has difficulty swallowing. In addition, the general well-being of the house tiger is severely restricted. The cat suffers from a weakened condition. Sometimes she continues to cough, shows no appetite, or develops a fever. Young or weakened kitties are particularly at risk of catching cat flu. Often the disease is chronic, as a result of which symptoms worsen. At first, the cat coughs dryly, but later it can cough up blood.

A vaccination can protect the fur nose from cat flu. For the veterinarian, this is one of the routine measures. However, it does not offer 100 percent protection. A vaccinated animal will also develop cat flu under certain circumstances.

The cat cough as a symptom of lungworm infestation

Lungworms belong to the category of roundworms. These settle in the cats’ bronchi. There they can trigger intense inflammation. If the kitten coughs loudly and dryly without sputum, this indicates a lungworm infestation. The parasites are transmitted, for example, by snails. Young outdoor animals are particularly at risk as they can accidentally ingest the worm larvae. The worms are difficult to detect and get rid of. The vet examines the four-legged friend with an endoscope or looks at the cat’s feces.

Asthma in cats is similar to the clinical picture in human medicine. The possible cause is if the cat coughs frequently and heavily. With the physical exertion of the animal, the cough increases. Some kittens struggle with acute shortness of breath. Often times the cat coughs at night or after sleeping. A visit to the vet is strongly recommended to treat the cause of the cough. First, the doctor looks at the cat’s bronchi on an X-ray. He then decides on further treatment measures. Oftentimes, the doctor will prescribe anti-inflammatory drugs. The corticosteroids are given orally every day. Alternatively, he treats the fur nose intramuscularly every two to three weeks.

Good to know: female kittens are twice as likely to develop asthma as their male counterparts. Pedigree cats such as the Siamese are, particularly at risk. There is no cure for the disease. It is only possible to use anti-inflammatory agents to contain the symptoms.

In acute or chronic pleurisy, the entire chest area festers. Bacteria trigger serious disease. They enter the kitty’s bloodstream either through a bite wound or a foreign body. There they spread like an infection. As a result, the house tiger gets a fever and shortness of breath. According to medical research, the cough occurs shortly before the onset of the disease. This illness is a serious emergency. Your sick animal has to take antibiotics for a long time. In addition, the fur nose receives a probe from the vet. This is inserted into the chest, which she flushes regularly. As a result, the purulent substance gets out of the animal’s body.

Cat cough as a symptom of lung disease

A chronic cat cough can be caused by idiopathic pneumonia. It is unclear what causes the disease. It can also occur in humans in a modified form. This causes the lungs to become partially or completely inflamed. Often it completely ceases to function. Once sick, the cat coughs and panted heavily. Therapy must be quick to be successful. Even then, the kitten usually has little chance of surviving the disease.

In the worst case, cancer triggers the cough. This causes metastases to form in the upper airways. Sometimes the cat coughs and chokes because of a larynx disease. At best the larynx is “only” inflamed, at worst a tumor develops there. Care should be taken especially with older cats. You should bring your older pussycat for a regular check-up. This is useful, for example, if an operation is imminent. It is important to know that cancer often occurs gradually. They sometimes start when the cat is coughing while purring and go symptom-free for a long time. The thymus gland tumor is one of the most common cancers. He enlarges the lungs. As a result, the tumor causes severe shortness of breath. As soon as you notice this symptom, you should contact your veterinarian immediately.

When the cat coughs, the fur nose’s heart can sometimes be compromised. If the heart muscle falls ill in the velvet paw, it suffers from shortness of breath and a damp cough. Sometimes the cat with heart disease coughs up blood and slimy sputum. The disease is not curable, but treatable. The veterinarian extends the cat’s life with therapy. If the fur nose responds well to the medication, it still leads a largely symptom-free life.

You shouldn’t take it lightly if your kitty suddenly coughs and panted. While there is no such thing as 100 percent protection, you can strengthen the cat’s immune system. If the cat coughs increasingly, it is advisable to counteract this with homeopathy first. Various homeopathic home remedies have proven effective for recurring coughs caused by a cold. This includes fennel and chamomile tea or essential additives made from eucalyptus and rosemary. You must not use tea tree oil as it is poisonous for your four-legged roommates. All other active ingredients apply to the cat’s nose with a damp cotton swab. Alternatively, place a warm towel on the animal’s stomach or use an analgesic ointment.

If the home remedies are insufficient, a visit to the veterinarian is inevitable. It is important to describe the animal’s cough to the doctor in as much detail as possible. It is essential for the medical professional to know when the cough occurs and what it sounds like. He also wants to know whether the cough is acute or whether it is chronic cough. You should also state whether the cough is wet or dry. Only after the doctor has properly classified the symptoms will he coordinate further therapy with you.