Strong, powerful Caucasian Shepherd Dogs are distinguished by excellent health, but, like other dog breeds, they are susceptible to certain diseases characteristic of large breeds.

Dogs are not immune from genetic diseases, which even manifest themselves in offspring from perfectly healthy parents. However, most often acquired diseases are recorded, which developed as a result of improper care and maintenance of pets.

Hereditary Diseases of the Caucasian Shepherd 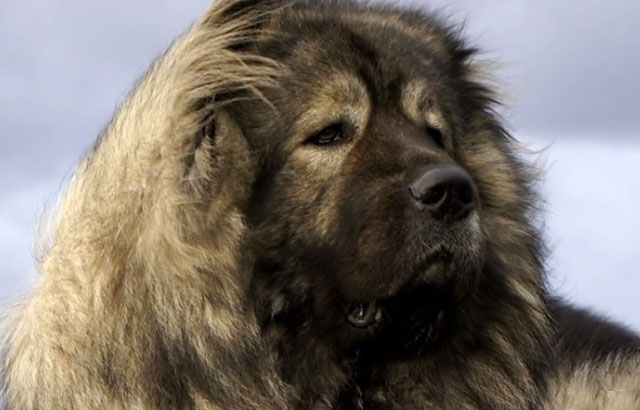 Shepherd dogs are prone to hip dysplasia. This disease is congenital and does not respond well to treatment. Muscle wasting disease usually occurs in puppies at 6 months of age.

The next genetic disease of Caucasian Shepherd Dogs is dwarfism, which is the result of a congenital malformation of the pituitary gland, which provokes a lack of growth hormone. In most cases, the dwarf gene is recessive and many dogs carry it, and dwarf puppies can be born after several generations from perfectly healthy champion dogs. With dwarfism, puppies lag behind in growth and mental development. It is possible to identify dwarfism only when the puppy reaches the age of one month when there will be a noticeable growth retardation. It should be noted that puppies at the age of 5-6 months with a height not exceeding 50 cm are characterized by weak immunity, which requires careful care of animals, otherwise, a common cold can be fatal for such pets. There are several types of dwarfism. Most often, puppies are born with a proportional body structure, but sometimes puppies are born with curved limbs and a large head. Dwarf Caucasian Shepherd Dogs, unlike their relatives, are slower, sleep more, do not show interest in the world around them, food, objects. The external differences between dwarf dogs are in a massive head, shortened muzzle, short neck, short chest, and torso. A distinctive characteristic is a heavy look, increased aggressiveness.

A congenital disease of Caucasian Shepherd Dogs is optic nerve atrophy. This disease can lead to complete blindness. Symptoms of visual impairment appear at an early age, when the puppy runs on objects, moves awkwardly. Unfortunately, optic atrophy cannot be treated.

Other genetic diseases that are rare, but occur in Caucasian Shepherd Dogs, include a non-clotted upper lip, a serious condition that does not give the animal a chance to survive, and multiple fatty cysts, which are tumors in various parts of the body that are surgically treated.

Other Diseases of the Caucasian Shepherd

In adulthood, animals can suffer from diabetes. The symptoms of the disease are thirst, dry skin, dandruff, exhaustion. Diabetes mellitus is treatable. When performing actions aimed at treatment, the life expectancy in patients is the same as in healthy animals.

Caucasian Shepherd Dogs are prone to eye diseases, especially conjunctivitis, cataracts, glaucoma, twisting and eversion of the eyelids, as well as eyelid fusion – a disease that is congenital.

In puppies at the age of 4-5 months, cryptorchidism can be found – undescended testicles (one or two) into the scrotum. This disease is treated with a surgical operation, which does not always give a positive result. With cryptorchidism, animals are not allowed to participate in exhibitions.

Caucasian Shepherd Dogs are large dogs that need physical activity, otherwise, joint diseases such as arthritis and other diseases of the musculoskeletal system occur with age as a result of underdevelopment of bone and muscle tissue.

In general, the Caucasian Shepherd Dog is one of the most disease-resistant breeds, and health problems are often the result of improper nutrition and animal care.