The “calling card” of any breed of dog is the color of the coat. In the case of Cavalier King Charles Spaniels, the interesting color does not allow them to be confused with other dogs.

The ancestors of modern Cavalier King Charles Spaniels are King Charles Spaniels. Among themselves, the breeds differ in the structure of the skull and the color of the coat. In the past, these animals were extremely popular at the court of the Queen of England. Previously representatives of the hunting class, spaniels gradually retrained into the category of decorative ones.

Charles II was especially interested in Charles Spaniels. Knowing this, the court dog handlers tried to please their ruler. Why tirelessly worked on the development of new and unusual colors. By adding genes from other breeds, they were able to breed black and tan puppies. However, the offspring did not differ in health. More than half of the puppies born to the world had genetic malformations. A little later, a tricolor color was bred. It consisted of black, white and red. The two-tone white and chestnut version was named Blenheim.

Black and tan. Bright red markings on a black background. The location of the markings: paws, chest, inner surface of the ears, eyebrows, cheekbones, tail zone. Light markings are not desirable. 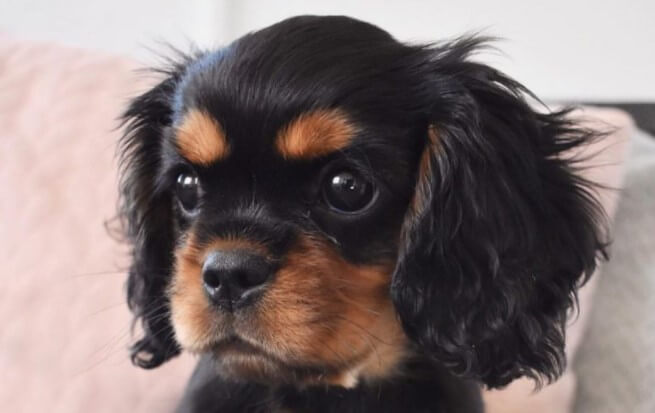 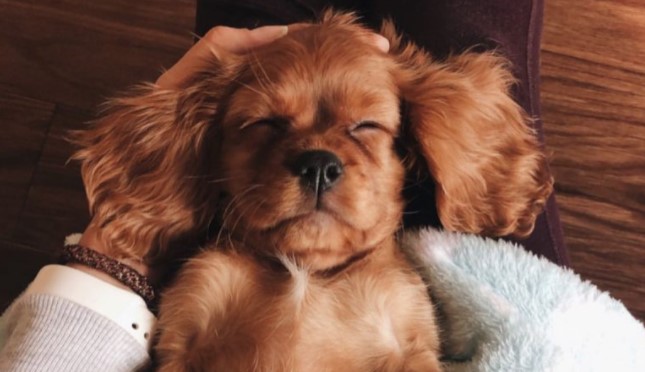 Blenheim. The main tone is white, on the head and on the body are chestnut spots. A distinctive feature of the color is a white blaze. 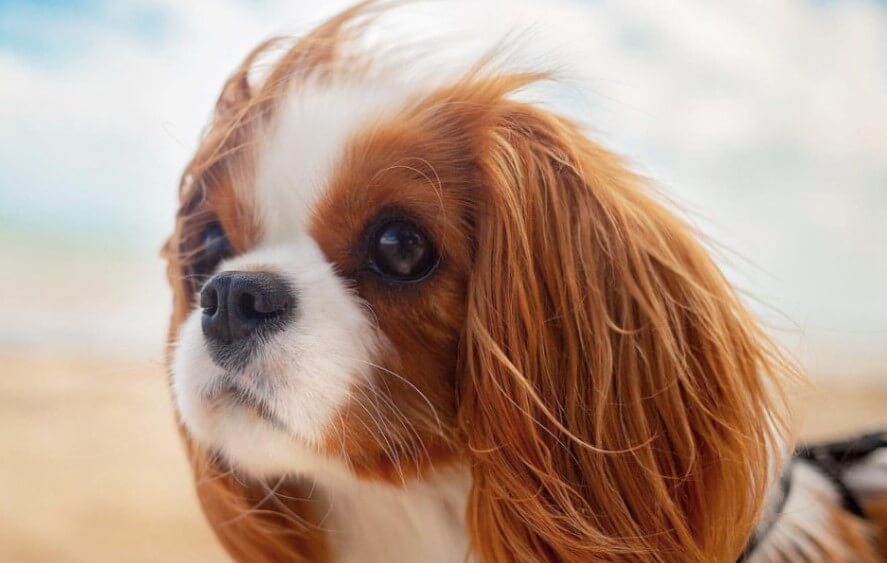 Tricolor. The main color of the coat is pearl white. Around the eyes in the form of glasses, in the cheekbones, on the inner side of the ears, paws, and under the tail, there are black marks with a red tan. 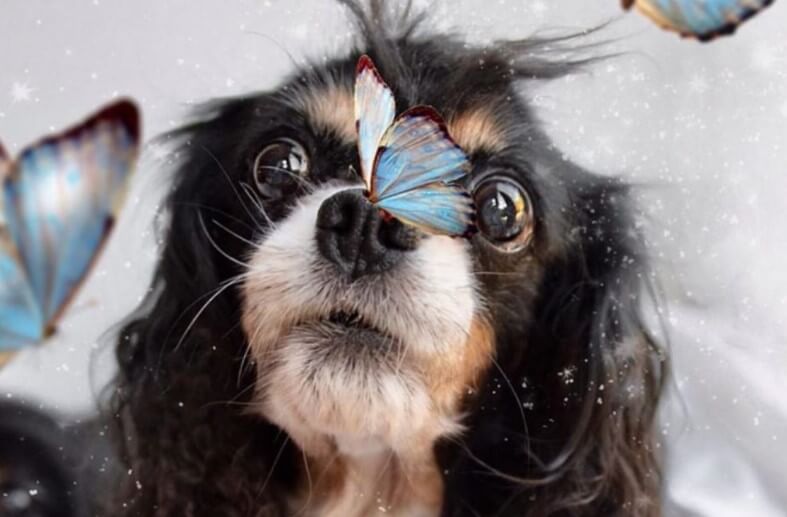 Other combinations are not acceptable for the Cavalier King Charles Spaniel breed. The presence of shades not included in the standard deprives the dog of the opportunity to participate in the show and breeding.