For a long time, the ability to lie was only granted to humans. However, for the past few years, behavioral biologists have also been considering the possibility that even animals may be able to lie if there is a reason to lie and if they believe they will get an advantage. But what about man’s most loyal friend? Do our dogs cheat us too? Our Pettime vet has the answers.

Contents hide
1 Lying Has to Be Done Skillfully
2 How Does Man’s Best Friend Lie?
3 Dogs are Unaware of Their Lies
4 Why Dogs Find It So Difficult to Lie in the Human Sense of the Word?

Lying Has to Be Done Skillfully 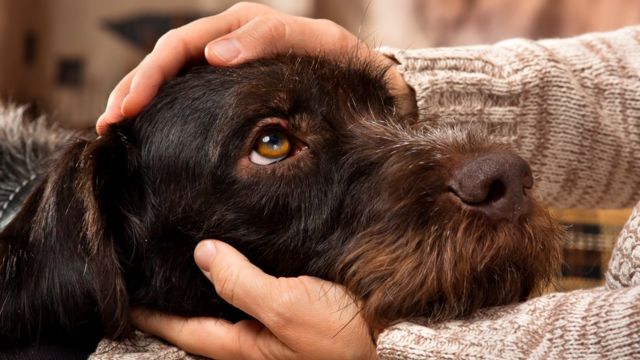 The ability to lie requires a certain intelligence and some cognitive skills. Children learn to lie around the age of two to five. Even in an evolved species like ours, consciousness is only then sufficiently developed.

Great apes have been known for decades that they can lie. Other types have also been found lying. Birds in particular know how to lure other animals with food or to keep them away from a source of food or a food hiding place by either emitting warning calls and pretending that there is an imminent danger.

But so far there have been no corresponding study results to be able to put the dog on the list of animals that are capable of lying. Similar to the controversial question of whether dogs can laugh or cry. In the meantime, however, a scientist from the University of Zurich has been able to use funny experiments and observations with dogs to prove that our four-legged friends also have it like a fist. Their study results were published in March 2017 in the scientific journal Animal Cognition.

How Does Man’s Best Friend Lie?

As the experiments and observations of the Swiss behavioral biologists with dogs have shown, our four-legged friends are able to lie for strategic reasons. That is, the animals fool if they expect an advantage from it, such as more food or treats. Dogs don’t lie to fake emotions. But they can deliberately deceive and mislead human partners or conspecifics in order to get the food or treats they desire.

The experimental setup by the Swiss ethologists is also interesting for another reason. It shows what it is like to work with people. In a first attempt, almost thirty dogs were trained by two people. One person rewarded them generously with food, while the other person showed them the reward but kept it to themselves.

The dogs quickly found out which of the two human partners was good or cooperative and which was bad or not cooperative.

In the second series of experiments, the dogs were then asked to lead their human partners to three identical containers, one of which contained normal dog food and the second their favorite food, while the third was empty. Again, they were rewarded by one person and not by the other. The cooperative human partner was shown the containers with the food much more often. The uncooperative partner, however, does not. What could initially be a coincidence was clearly confirmed on the second day. The dogsled the uncooperative partner to the empty container much more frequently.

With this deception, the dogs obviously wanted to be sure to get the food they had hoped for, which was deliberately withheld from the unpleasant human partner.

Dogs are Unaware of Their Lies

These results hold another fascinating observation:

The dog is unaware of its lie. For him, his behavior is neither good nor bad, but purely a question of success or failure, intelligence, and motivation. He will support the human partner who promises him an advantage without being aware of the cognitive processes that he needs.

A dog’s lie is like a toddler’s lie. Both lie with no moral concept behind their lie and without black and white painting. For them, it is all about success and the expectation of being rewarded for their behavior or of taking advantage of it.

Why Dogs Find It So Difficult to Lie in the Human Sense of the Word?

For adults, lying is a more or less controlled and conscious act. In principle, moral ideas keep us from lying, but we often lie several times a day without really being aware of it. And that with astonishing ease. Lying is cognitively more demanding than telling the truth.

In order to be able to lie properly, the liar needs a good conceptual comprehension or understanding of complex concepts. Lying is primarily a matter of perception. Everyone has a specific and very own perception of their reality and their environment. In order to influence the perception of others, the liar must be aware that his perception is different from that of other people. That would be the first difficulty.

It takes a lot of understanding and a certain talent to understand the perception of others and to be able to put yourself in their place.

Only those who are able to do so can also think of influencing and deceiving the perception of others in order to take advantage of them. This in turn requires abstract thinking and cognitive skills. And that brings us to the second difficulty.

When species other than humans lie, it is for the sake of self-preservation, to eat and not be eaten, or to reproduce. From this point of view, the cognitive abilities of animals, and especially dogs, still have a few surprises to come by.