Chihuahua is a very ancient dog breed native to Mexico. Chihuahuas lived in monasteries, and ordinary people did not have the right to start them. When very rich people were buried, their Chihuahuas were buried with them.

The Chihuahua’s breed feature is an overgrown fontanelle. It used to be believed that thanks to him, the dog maintains contact with space.

What is the Temperament of a Chihuahua? 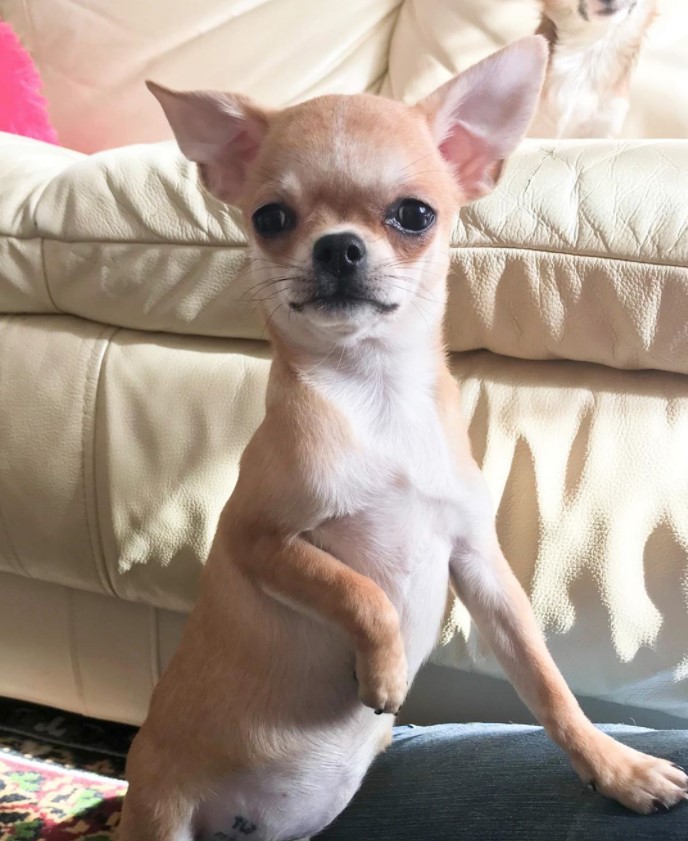 If we are talking about the breed characteristics of the Chihuahua, then this dog is balanced. What scares me in modern breeding is mixing different types of blood (either Toy or Pomeranian) in order to close the fontanelle, and the result is a barking dog. And real Chihuahuas bark a little.

Chihuahuas should never be aggressive. Their character is characterized by contact: even if a stranger approaches, the Chihuahua will rejoice. Breeders should discard aggressive dogs. At the same time, they have protective qualities: they will not let a stranger into the house until the owner allows him to enter.

Like any dog, Chihuahuas need training, because they live in a society of people. Chihuahuas are superbly trained – they don’t need to be repeated twice. Our dogs participate in agility, and in Japan, these dogs are trained as service dogs – for example, the Chihuahua works in the anti-drug department.

Breeder Observations: Chihuahua can be a companion for both a child and an elderly person. The only thing is that when selling a puppy, I always ask if there are children under 3 years old in the family because a child of this age cannot yet perceive a dog as a living being and is capable of causing harm. My dogs are great for children.

Chihuahuas get along well with other animals. I also have a cat, and our puppies live in families where there are both parrots and rats – no one was hurt. Dogs do not fight among themselves, even for rations.

Chihuahuas are able to get used to a new owner even as adults. I brought some of my dogs as adults, and they have perfectly adapted to our home.

Chihuahuas do not mind staying at home alone, the main thing is that toys are available. As a rule, in the absence of the owner, they lie down and sleep peacefully.

Breeder Observations: Our Chihuahuas have never played a trick. Neither shoes nor wires were damaged. Maximum damage is a wooden stool during the period of tooth change.

Chihuahuas are very fond of people, lie in their arms. You don’t need to feed them, but be sure to let them lie down at least side by side.

How to Care for a Chihuahua?

Chihuahua hair care is minimal: the dog can be washed with any dog ​​shampoo. And although Chihuahuas are both short-haired and long-haired, the hair from them does not fall much.

As far as health is concerned, none of my dogs were sick. Yes, chihuahuas have patella, patella popping out, but these are genetic diseases. The breeder can test his dogs. My dogs have been tested and are healthy. In Europe, tests for genetic diseases are compulsory.

Chihuahuas give birth themselves, and this is a great rarity among miniature dogs.

Observations of the breeder: Walk on the street Chihuahua with pleasure and are able to get used to walking twice a day. When it is very cold, we put them on shoes, but, of course, if there is a lot of snow, because of their small stature, they cannot walk. And smooth-haired Chihuahuas need to be dressed in winter – after all, we do not live in Mexico. I never wear long-haired Chihuahuas.