One of the hypotheses is that the Chihuahua as a breed originated in the land of the Aztecs. Another theory connects the history of the Chihuahua breed with the lands of the Toltecs – ancient Indian tribes, as well as with the Mayan civilization. The third version brings the ancestors of the Chihuahua to Egypt. These dogs are also credited with Japanese, Chinese, and Maltese roots and even alien origins. 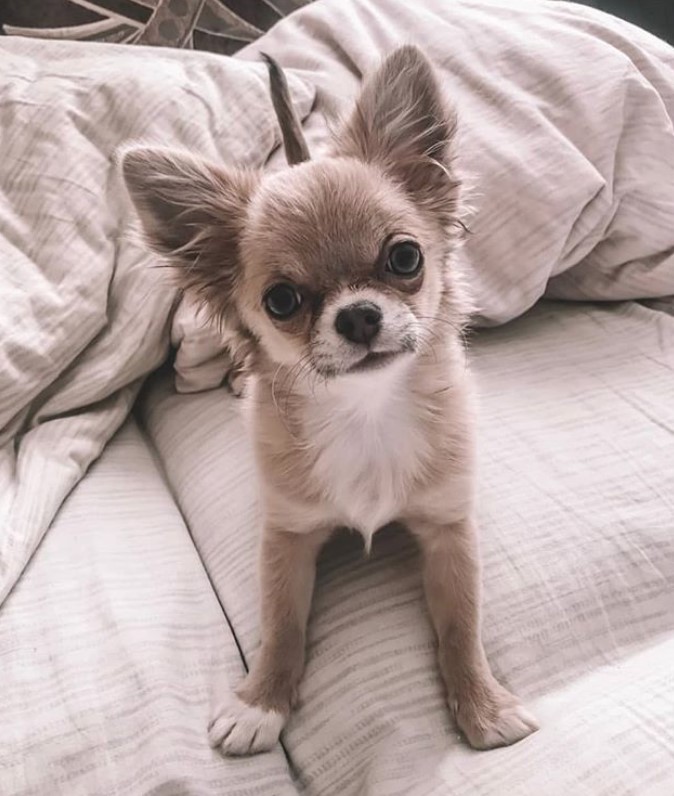 Be that as it may, the history of the Chihuahua breed goes back centuries. And the name of these dogs is due to the province located in the north of Mexico. It was there that Chihuahuas were first discovered in their modern form.

There is no consensus as to why people needed these dogs. There is a legend according to which Chihuahuas were raised for meat, another version is exactly the opposite and makes these dogs sacred animals. It is also believed that the silver-blue Chihuahuas played the role of harriers of the Blue Stone of the Indians.
The Chihuahua was first recognized as an independent breed in the United States. They were first presented at an exhibition in Philadelphia in 1884. The American Club of Breed Lovers was formed in 1923, and in 1949 an English Chihuahua Club was created. 1954 saw the adoption of the first Anglo-American Chihuahua breed standard.

In 1956, the breed was divided into long-haired and short-haired varieties. It is believed that smooth-haired Chihuahuas also have the blood of Toy Terriers, and long-haired ones – Papillons and Pomeranians.

Today the Chihuahua is considered the national breed of Mexico. These tiny dogs are popular all over the world (they are consistently among the twenty most popular breeds), but there are especially many in the UK, Canada, USA, and Latin America.