The origin of modern Great Danes is shrouded in mystery. Some scholars believe that dogs became the ancestors of the Tibetan giant Great Danes, which were raised by monks. Others believe that this breed became the ancestor of the ancient German dogs. In any case, today it is one of the largest dogs on the planet, which has many colors and is an excellent guardian of home territory. At a certain point in time, Great Danes became indicators of high status. Moreover, the color of the animal’s coat played a minor role. Therefore, various non-standard colors appeared, for example, chocolate Great Danes.

Chocolate Great Danes: All You Need to Know 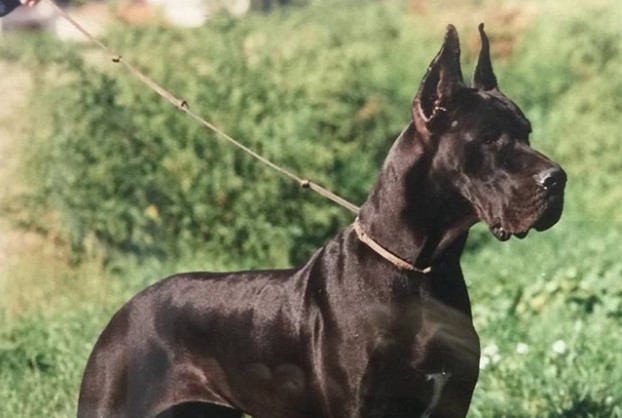 The brown (Chocolate) dog is not the standard. Such dogs do not fit the breed standard and do not have the opportunity to build an exhibition career. They are culled by puppies and sold in the pet category. Despite this fact, animals with brown hair do not differ much from their congeners in disposition.

The brown color of the dog can range from dark red to chocolate or almost black. Such pets look very impressive and stately. White spots may be present on the dog’s body, especially on the chest, paws, or head of the animal.

Important! Since brown color is not allowed by the standard, the puppy can be “decorated” with any spots all over the body. This will not affect his life in any way.

The Chocolate Great Dane is strong, reliable, and very attractive. They, like their relatives, are distinguished by a powerful physique, immense friendliness, and get along well in families, even if there are small children. It is absolutely safe because the Great Dane endlessly trusts its owners and loves all family members with whom he lives.

It should be noted that Great Danes are considered excellent guards and watchmen. They cannot live on a chain due to the lack of an undercoat, but the house will always be guarded. With their formidable appearance and enormous size alone, they terrify ill-wishers.

In fact, they are very calm and balanced dogs. They show distrust of all strangers, but they are in no hurry to go on the attack until a provocation comes from the opponent. Otherwise, they are the most friendly and often almost invisible pets. They prefer to spend time with a person, whether it be active games or just being in the same room.

In fact, there are a lot of coat colors in this breed. The breed standard includes only five of them, but breeders regularly get non-standard pets in their litters, which will not become champions at shows and will not be able to participate in breeding, but at the same time meet all the requirements and character of the Great Dane.

Among the standard ones are:

fawn (this is the classic red color of the animal’s coat, from light to red-orange); 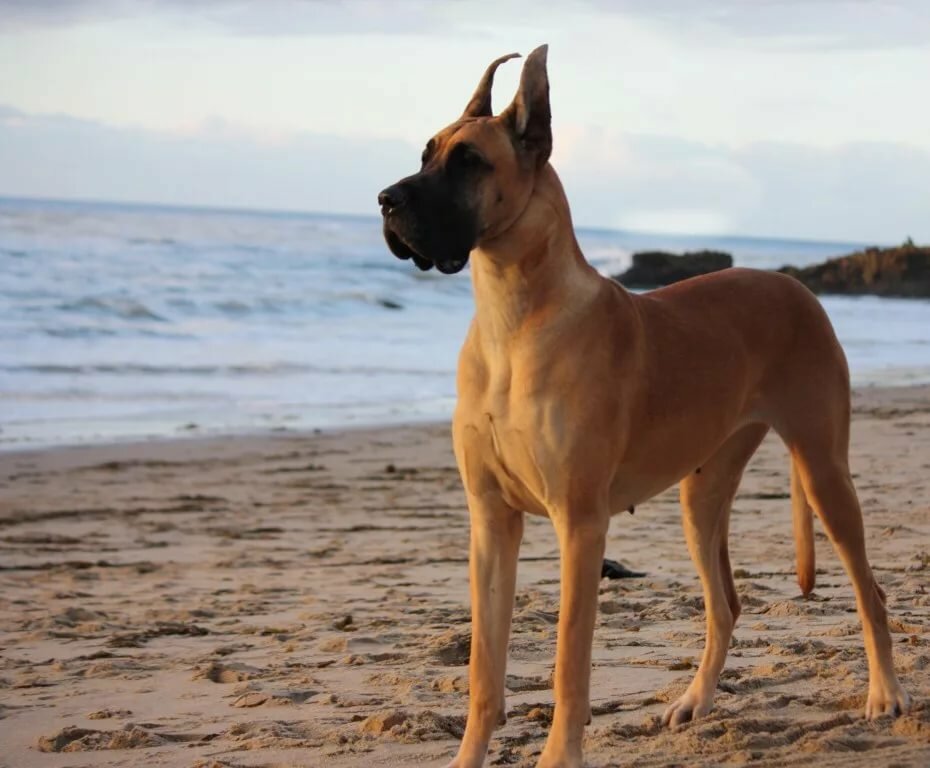 brindle (the same fawn, only with gray or black stripes located all over the body); 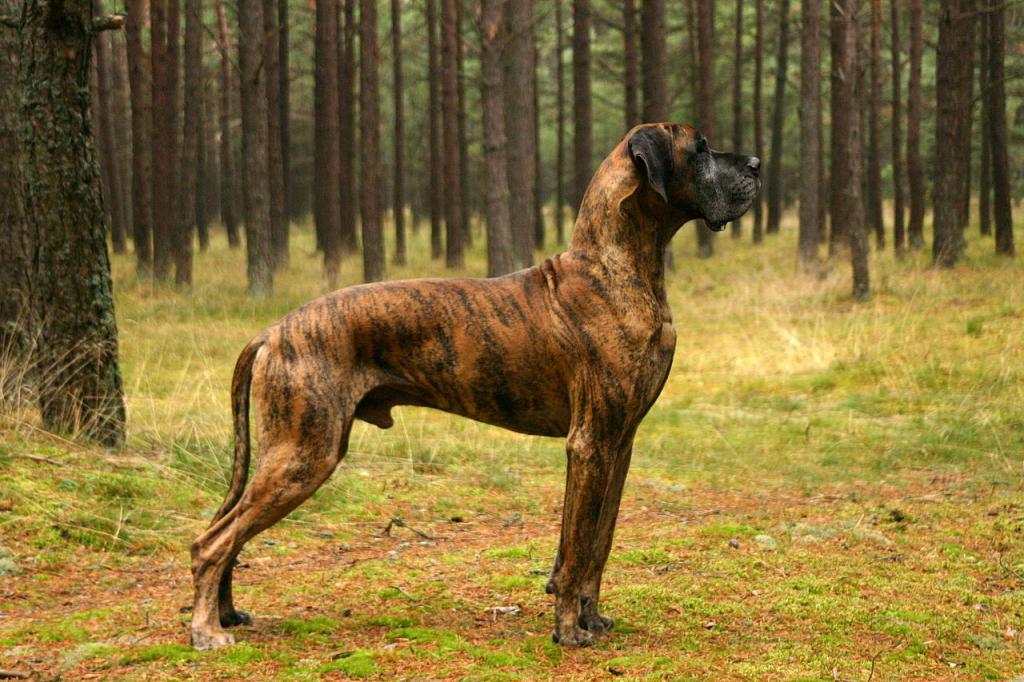 “Harlequin” (black large spots with jagged edges all over the body on a white background of the pet); 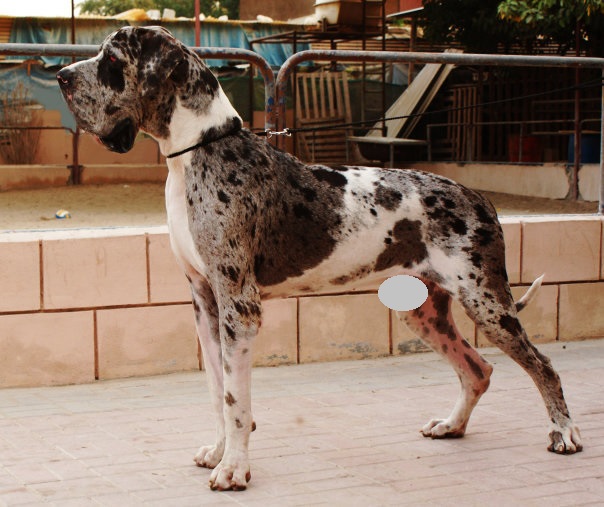 black (completely black or with white spots on the chest and paws of the pet); 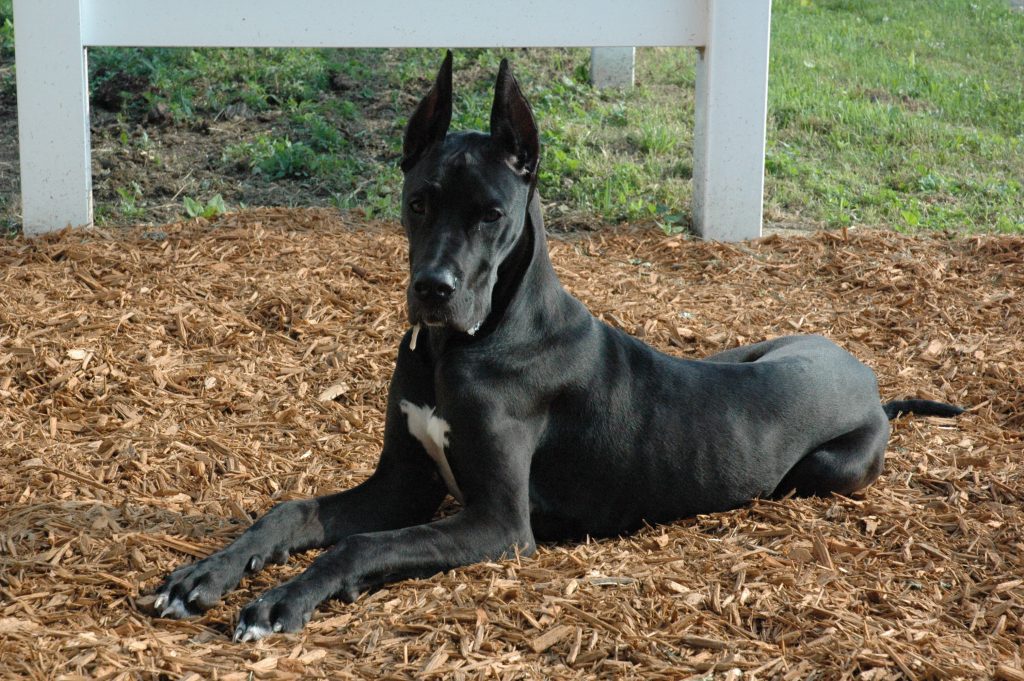 blue (an animal with light gray hair, at the right angle, the coat cover acquires a blue tint). 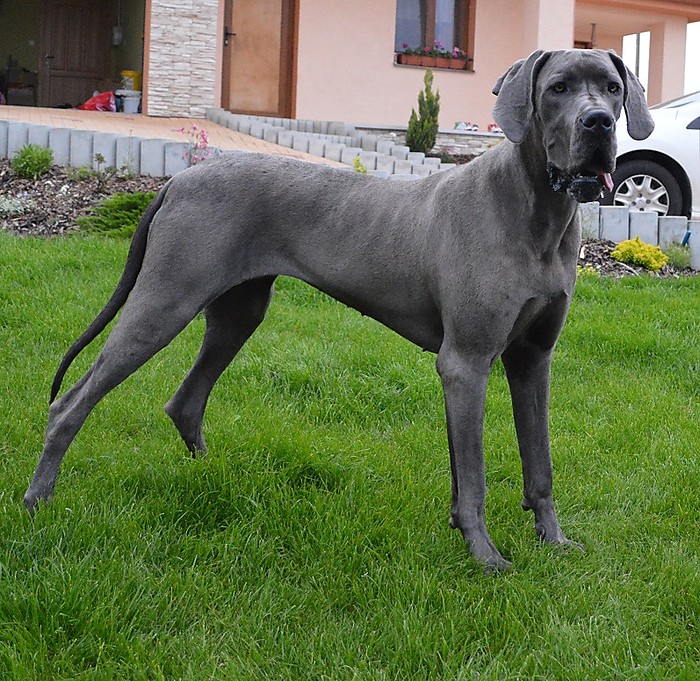 Among the non-standard, the future owners are especially fond of completely white, brown, gray marble, red Great Danes. They are also huge in size and have the docile nature of a purebred dog.