Almost everyone had to deal with cases of mimicry. This term is usually understood as cases of imitation in the color of some species of animals to others or elements of inanimate nature. There are different types of mimicry – colors, shapes, imitation of a predator, or, on the contrary, a peaceful species, collective, etc. 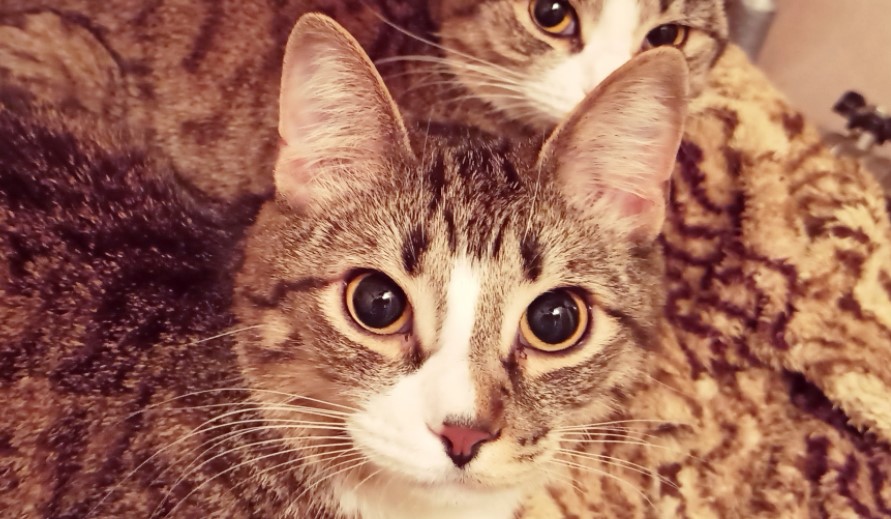 Color mimicry implies the acquisition of color that hides the animal, allowing it to merge with the environment. Moreover, this type is typical for both predators and prey – only the goals are different. A striking example is hares, which turn white in winter, which perfectly disguises them against the background of snow, and in summer they molt into a gray-brown fur coat.

Another popular example of mimicry is shown by felines. Many cats are covered with a wide variety of designs. Moreover, when viewed outside the natural environment, the drawing seems incredibly bright and completely wild.

There were different versions about the colors of cats – both that this is one of the manifestations of mimicry, and that drawings are a necessary element of mating games. But just the second assumption does not stand up to criticism, since there are no special differences in the patterns depending on sex, and for large felines, sexual dimorphism is just characteristic, expressed in the difference in size, coat, etc. But not in the difference between the drawings.

Another version was associated with the social role of drawings on the skin, but so far there are no facts that would confirm it. But British scientists have published interesting research results in the Proceedings of the Royal Society. They built a mathematical model based on the analysis of photographs of various animals of 37 species. The model made it possible to reveal the connection between the coloring and the living conditions – the terrain, the surface, and even the way of life.

Thus, the hypothesis about the genetic nature of the patterning of coloration caused by adaptation to the conditions of a certain ecological niche is confirmed.

Interestingly, for example, for domestic cats, the striping gene is dominant. And some of the pets, especially the reddish-cream colors, can be difficult to find on the parquet. And it is possible that over time, there will be varieties of coloring that allow you to successfully camouflage on multi-colored carpets of apartments.