It is difficult to find an aquarium that would do without fussy cute laborers – catfish corridors. These are real helpers for the aquarist, not allowing food residues to accumulate in the soil. The content of the fish is not particularly difficult, but what about reproduction? And in this, aquarists are also lucky, because the process of obtaining offspring is not so difficult, although it requires a separate aquarium and a number of conditions. In our article, we will tell you how to make sure that the process of breeding your corridors goes smoothly.

Breeding any fish begins with the process of selecting producers. It is recommended to select individuals that are healthy and have the best external qualities. The corridors become sexually mature early enough – already at the age of 8 months.

The chances of getting and feeding offspring in a common aquarium are extremely small, so you should prepare a separate spawning container with a volume of 30 liters or more. It should be filled with water from an existing aquarium and the minimum equipment installed: an airlift filter (eg Tetra Brilliant), a small compressor (Tetra APS50), and a light source.

There is no need to use soil in the spawning grounds, but plants with large leaves (live or artificial) will not harm. You should also put a flat stone or grotto, which will serve as a substrate for caviar.

In a prepared aquarium, you need to plant one female and 2-3 males. This increases the efficiency of breeding because the female can easily mate with several partners. The first two weeks after transplanting, it is better to leave the fish alone, at this time they get used to the new conditions. After this time, you can start stimulating spawning. 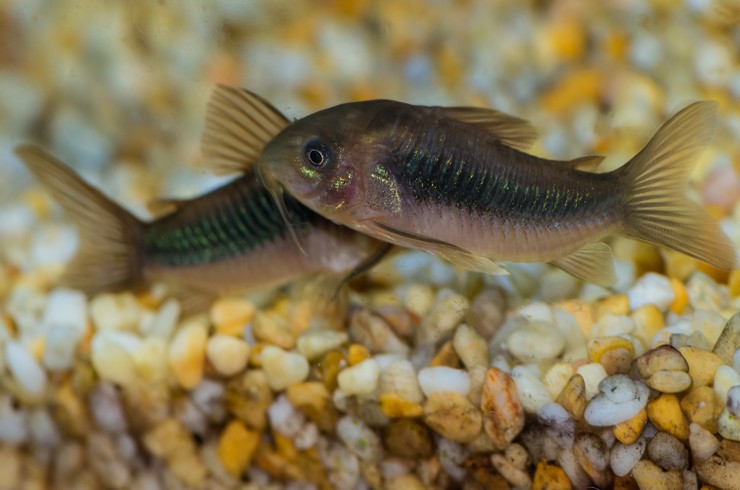 Like many other inhabitants of tropical countries, the corridors begin to spawn with the onset of the rainy season. It is at this time that it is easiest to find food. A large amount of precipitation leads to softening of the water. Similar conditions must be recreated in a spawning aquarium with corridors.

If everything works out as it should, then the female will begin to gain weight, which indicates the development of eggs in her body. So the spawning of fish is not far off.

Most often, the spawning process takes place in the morning or afternoon, its duration is several hours. The fertilization process itself is quite unusual. First, the males chase the female, and when she is ready to accept their courtship, she picks up the milk of the males in her mouth and lays the eggs in the folded abdominal fins. Having found a suitable place, the female fertilizes the eggs and glues them to a flat stone or plant leaf. Then the process is repeated. A similar mechanism increases the percentage of fertilized eggs. The total fertility of one female can reach several hundred eggs. 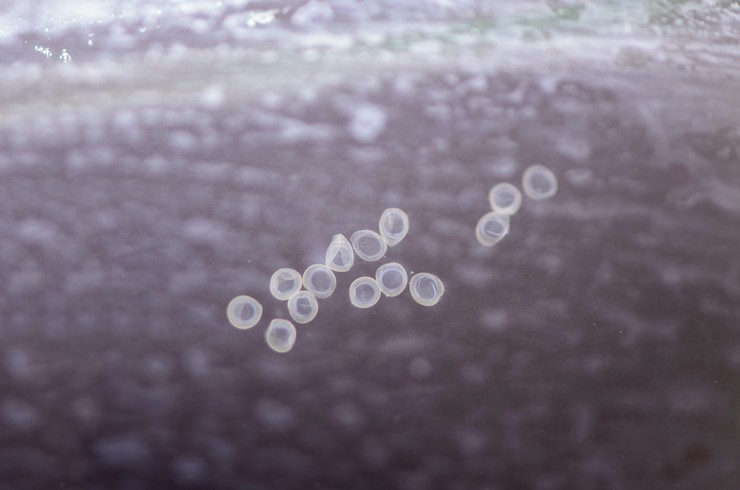 Unfortunately, in the corridors, the instinct of caring for the offspring is not expressed, therefore, immediately after spawning, the producers should be removed. Otherwise, the caviar can be completely eaten by them. An antifungal agent must be added to the aquarium with caviar to maximize its preservation and prevent death.

At a temperature of 23-25 ​​° C, the incubation of eggs takes a little less than a week. But in order to increase the number of surviving eggs, it is better to raise them to 27-28 ° C, this will shorten the development period to 3 days. After the fry emerges, the temperature is gradually reduced to normal.

How to distinguish a female from a male corridor

Defining a pair of lanes does not always go smoothly. In these fish, unfortunately, sexual dimorphism is not pronounced, so you will have to look very carefully. It is best to look at sexually mature catfish from above. To do this, they can be carefully caught with a net in a separate container. The body of the female, when viewed in this way, looks noticeably fuller. Males have a slender figure, their pectoral fins are longer and sharper.

You should also pay attention to the dorsal fin. In males, it is noticeably pointed, while in females it remains rounded. 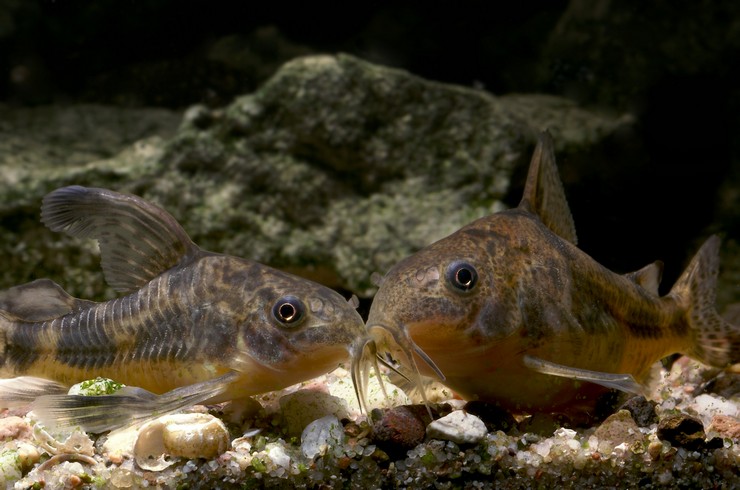 The incubation of eggs near the corridors takes 3-5 days, after which the larvae with a yolk sac are born. The latter serves as a source of food for the fish for the next two to three days. At this time, the young are motionless. When the yolk sac dissolves, the fish move on to active swimming and search for food. 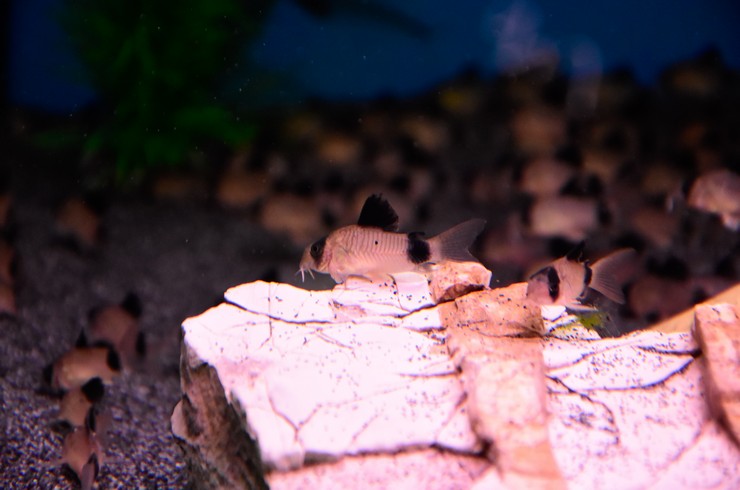 The big advantage of the corridors is the large size of the fry, which practically avoids problems with feeding the fish. It is best to use quality dry food in the form of tablets and wafers: Tetra Tablets TabiMin, Tetra WaferMix, or Tetra Cory. It is very amusing to observe how a group of fry sticks to food from all sides. At the age of one month, the fry of the corridors reaches 10 mm in length.