Golden Retriever Names: Check out this article for suitable suggestions for the popular Scottish family dog.

Discover all dog names as well as dog names male and female dog names on pettime.net!

Shimmering fur, a sweet character, and a certain preference: inspiration for Golden Retriever names can be found in many areas. Their beautiful coat color is emphasized with names that mean “gold”. Names that allude to their swimming skills and mean “water” are also suitable. The big four-legged friends are also known for their friendliness. Therefore, terms or names that are translated as “sun” or “light” are ideal for the radiant Golden Retriever.

If you like it nostalgic, you can orientate yourself on the origin of the Golden Retriever. The hour of birth of the dog breed lies in Scotland – that means Scottish or English dog names are shortlisted. 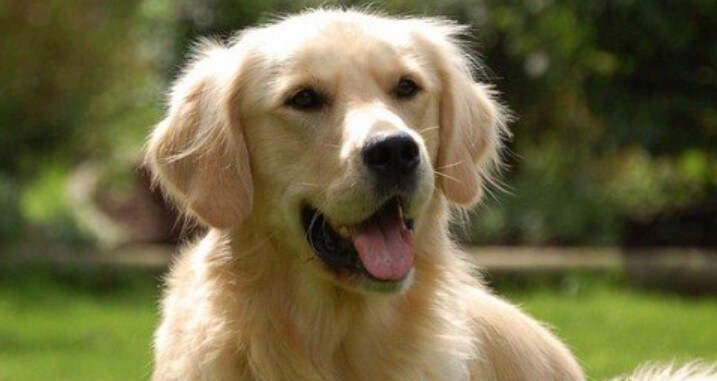 English Name for a Golden Retriever

Sweet Names for a Golden Retriever

Which breed of dog is best for a name that scores with the beautiful translation “the golden one”? Exactly, a golden retriever! The name is of Latin origin and gives the four-legged friend something graceful.

The Golden Retriever is an agreeable and playful four-legged friend who appreciates the company of fellow dogs. Connor combines exactly these character traits in one name because it means: “The dog lover”.

Flori – the lovable short form of the name Florian – captivates with the translation “the shiny” and “the splendid”. Both of these are absolutely true of a Golden Retriever.

From the Middle Kingdom: Jin is a Chinese family name, the translation of which is impressive. It means “gold” and is just right for a retriever known for its shiny coat.

With a little imagination, large stocky Golden Retriever males are reminiscent of a very specific big cat. The name Leo – translated: “The Lion” – not only alludes to the visual similarity, but also to the power and inner strength of a Golden Retriever.

Kelvin is not only suitable for a male Golden Retriever thanks to his Scottish origin. Its meaning “narrow river” or “narrow water” is also tailor-made for the swimming-loving dog breed.

The Indian male name Nodin means “wind” or “child of the wind”. Golden Retrievers are sturdy four-legged friends who like to take long walks with their mistresses even in wind and weather.

When a Golden Retriever moves in, he gives his people happiness, joy and love! The name Dori means “the gift” and underlines the appreciation of the four-legged family member.

A somewhat unusual name joins the Golden Retriever names for bitches. For a good reason! The translation of the name Gella is: “The one with the golden hair”.

The popular dog name of Greek origin is translated as “the sun”. Kira is an excellent match for a radiant beauty like a Golden Retriever bitch.

Lana is a popular girl name in several countries. He is just as suitable for a longingly awaited Golden Retriever bitch, because one of his translations is: “The Light Bringing One”.

If a Golden Retriever sees a bathing lake in front of his eyes, the jump into the cool water is almost certain! So it is a good thing that the maiden name Mayla is interpreted as “child who loves water”.

The sun rises – when a female Golden Retriever laughs at her human. The friendly four-legged friends are known for their charming smiles. Sunny – translated: “Sunny” – emphasizes the heartwarming disposition of the Scottish dog breed.

In India, the name Sona means “gold” and is, therefore, a perfect match for a golden retriever. His Azerbaijani translation, which reads “Wild Duck”, is also funny. This interpretation more than does justice to the retriever, who is ideally suited for water hunting.