As soon as the faithful four-legged friend suffers, masters and mistresses also suffer. It is often not that easy to see the cause of the problem. Especially not if it is a serious parasitic disease such as heartworms. This article, therefore, reveals how heartworms develop in dogs, which symptoms are typical, and which therapy options are available.

Contents hide
1 Heart Worms in Dogs
2 Heartworms in Dogs: What is It?
2.1 What are the causes of heartworm disease?
2.2 Are heartworms contagious in dogs?
3 Symptoms of Heartworm in the Dog
3.1 How can the disease be verified by the vet?
4 Therapy Options to Treat the Disease
5 Regular Heartworm Prophylaxis in Dogs

Heartworms in Dogs: What is It? 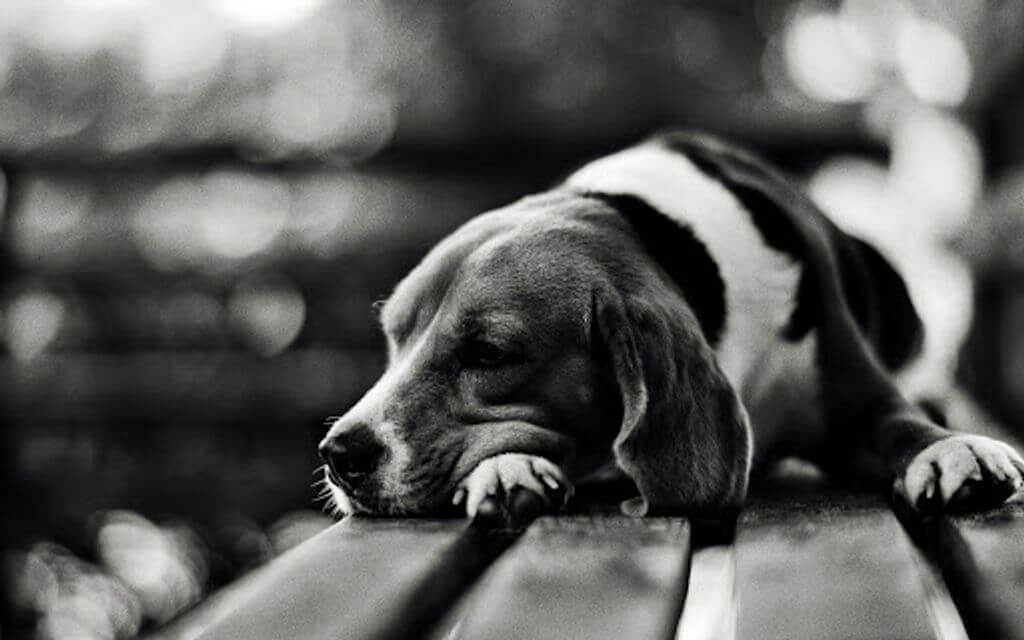 If there is one thing that is particularly bothersome and uncomfortable for pets like dogs and cats, it is parasites. While the “Giardia” parasites attack animals most frequently and lead to diarrhea, heartworms are almost always fatal. They are among the dreaded worm parasites, are up to 30 centimeters long, and live in the heart or lungs.

The medical term for heartworm disease is dirofilariasis and it is extremely serious. In the worst case, heartworm in a cat or dog ends with the death of the pet. Especially when the disease has not been recognized or treated. However, the disease is also problematic once it has been recognized. It depends on the stage, i.e. how many worms have already settled. Based on this, it can be foreseen whether heartworms in dogs are curable or not. There are also special forms of these parasites. French heartworm is transmittable if the pet eats snails, for example. The larvae migrate to the lungs and settle there. In addition, these parasites are able to infect the brain and spinal cord.

What are the causes of heartworm disease?

Mosquitoes are the cause of heartworms in dogs. However, this does not mean the insects in this country, but the relationship in the more tropical, warmer climates. They transfer small heartworm larvae with one prick. Areas that can cause heartworm in dogs are Romania, southern Switzerland, Italy (especially the Po Valley), and Spain. The larvae develop under the infected area of ​​skin and then migrate into the bloodstream, later into the heart and lungs. Up to 300 heartworms can settle in an organism over time.

Are heartworms contagious in dogs?

In principle, heartworms in dogs are not contagious to humans. The direct transfer from pet to owner has not been proven. However, it is important to maintain the highest level of hygiene if the pet suffers from a parasite infestation. The mosquito, on the other hand, can infect humans. However, few cases of such an infestation are known to date. Normally, people with heartworm do not need to be treated because they are so-called false hosts for the parasite. The worm often “only” migrates to the lungs before the immune system fights it. It does not reach the adult stage in man.

Symptoms of Heartworm in the Dog

It can take up to six months for a dog to be diagnosed with heartworms. This is how long it takes for the parasite to mature. Symptoms can be seen beforehand, but these are often misdiagnosed, especially in the early stages.

The last stage of heartworm disease is characterized by symptoms of shock, unconsciousness, and heart failure.

How can the disease be verified by the vet?

As a rule, dog owners have the opportunity to collect the pet’s feces in order to determine whether there is a parasite infestation. Heartworms are not detectable in the feces. Since they reside in the heart and lungs, the parasites are not excreted. Because of this, it is often very difficult to identify the disease. It helps enormously if dog owners do not withhold information from the vet. That also counts when you go on holiday with your dog in Italy, Spain, or southern Switzerland. This allows unspecific symptoms such as weight loss and shortness of breath to be assigned better. If the suspicion is expressed, a blood test and an X-ray of the lungs will be carried out. Detectable changes can be found here, which support the suspicion of heartworms in the dog.

Therapy Options to Treat the Disease

Anyone who has ever had heartworm experiences in dogs knows how important the first reaction is. As soon as the four-legged friend has been stung, the larvae that have established themselves must be killed immediately. So-called spot-on preparations, which are used immediately after infection to remove the heartworm larvae, are suitable here.

The therapy for heartworms in dogs is different if the animal is already infected. Here it depends on whether the parasites have already penetrated the heart or whether there are “only” larvae in the bloodstream. Both species must be fought separately in a special way. In addition, the method of treatment and the chances of success depend on the spread of the heartworms. If the parasites have already settled in the heart in critical quantities, only one operation is possible. Then the pet is given medication to rule out complications and kill the remaining worm population. The treatment of heartworm with doxycycline is a promising therapeutic approach. The antibiotic reduces the so-called Wolbachia. These are vital bacteria for heartworm. By reducing it, the worm becomes weak, unable to grow, and eventually dies.

The cost of therapy for heartworms in dogs varies. They depend on how long the animal has to be treated and how far the disease has progressed. It also depends on the price of the respective funds.

A great way to prevent heartworms in dogs is to avoid taking them into risk areas. If this is not possible for any reason, the following steps are recommended:

There is no protective heartworm vaccination for dogs. However, an alternative is specific drugs in tablet form that are taken every four weeks and help protect.