Doberman’s reputation is such that many dog ​​breeders are afraid to have a pet in the house. But the pet has true fans who claim that they are affectionate and loyal pets. Outwardly aggressive Dobermans can be friendly and kind at the same time. However, it does not hurt to take special education courses from an early age of the pet. 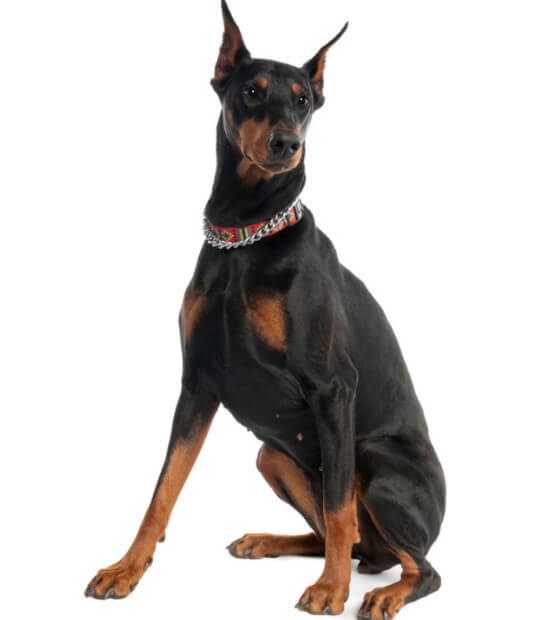 Dogs look majestic and proud. At first glance, the Doberman catches the clarity of the muscular body of the animal. This dog is dense and neat in structure. Its silhouette can fit into a square. The characteristics of the Doberman are as follows:

The Doberman Pinscher has a flexible and light gait. When running or walking, the front legs of the dog are thrown forward.

The Doberman Pinscher can also have a tan coat color or be completely chocolate colored. Other color options are not included in the standard. Often there are white and cream pet hair colors. However, they are considered defects. Such dogs do not participate in exhibitions. And similar shades of wool are sure to signal genetic mutations. These animals have serious health complications. Therefore, they are not considered valuable and are sold for almost nothing. It is important to know this before purchasing a Doberman Pinscher. So, as there are breeders who can pass off a sick puppy for an expensive healthy one, citing the peculiarity of the breed. 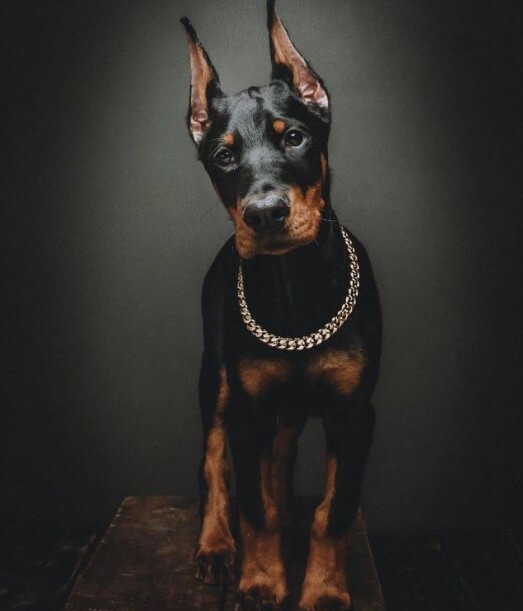 To get an excellent watchdog, breeders once bred Rottweilers and Short-haired Shepherds. Tanned Terriers and Pinschers were also involved in the selection process. And soon the world saw the Doberman Pinscher. The pet appeared in public in 1897. Then there was a dog show in Germany.

The pet belongs to those breeds, the name of which was given in honor of the one who bred them. So, the dog got its name from a simple tax collector – Karl Dobermann. Very often debtors let the dogs down on the tax officer. In the end, Doberman got tired of this attitude and decided to bring out a defender for himself. After observing the reaction of the dogs who tried to scare him, he decided that he needed a brave and at the same time strong companion. Unfortunately, Karl did not document exactly which breeds he crossed. As a result, scientists are still arguing about the ancestors of the bred breed.

The resulting brood was very diverse. After a couple of years, the breeders decided to give a little nobility to the dog and crossed the pet with two species: Greyhound and Manchester Terrier. After that, the external data of the Doberman became more interesting. Their posture and stature have become more elegant, the skeleton has become stronger, and the silhouette is square.

For a short period of time after the “reincarnation” pets began to be used in protection and hunting. In addition, Dobermans have become wonderful companions, everywhere following their masters. In wartime, they were even nicknamed – military dogs or “gendarme dogs”. Dobermans then became pets and became members of many families. 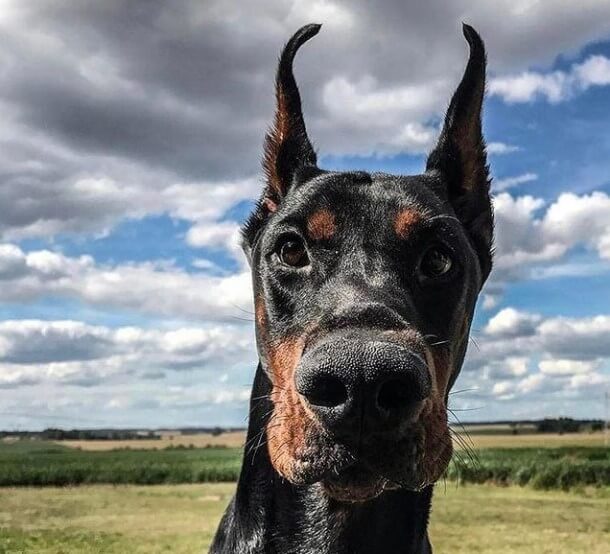 The character of the pet can directly depend on the upbringing and connection with the person.

Everything that the owner will invest in it during socialization will dominate the behavior of the animal. But some character traits that many have heard about are justified. Some ignorance in the dog is present. And this is most likely due to the incorrect maintenance and upbringing of the pet after the breed began to be bred en masse. You can often hear that these dogs are naughty and bark constantly.

Doberman Pinscher is suitable for people who will find time for a pet. First of all, the dog must feel loved. The owner will need to provide her with regular walks and training. Then the dog will become docile and obedient.

Doberman Pinschers are considered one of the smartest dogs. They are naturally active and very sociable. Therefore, loneliness causes a lot of stress in dogs. Constant barking and anxious behavior signal this.

Some pets are shy. Such Dobermans can make friends even with small dogs and cats. Although in general, the dog does not tolerate other “living creatures” on its territory. To keep your pet from getting bored, you can pair him with another Doberman.

All Dobermans are reliable friends. Almost all representatives of the breed are courageous and fearless. They calmly look into the face of danger and are ready to defend the owners to the last. But the scary stories about their bloody massacre of bandits are rather fiction. The dog prefers to drive the unexpected guest into a dead end and scare him with his grin and bark until help comes in the form of the owner. This proves that dogs are not vicious and bloodthirsty. 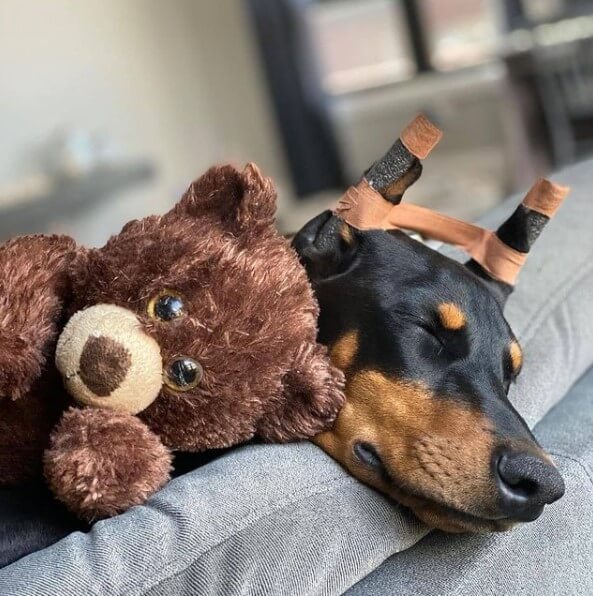 Taking care of this breed is easy. These pets have a short and smooth coat, devoid of a specific smell. Despite this, though, they tend to shed frequently. To maintain a neat appearance, you need to comb out dead hairs every week. For these purposes, a rubber glove and a short comb are suitable. Doberman is rarely satisfied with water procedures. Once a quarter is enough.

Very carefully you need to care for the ears of the animal. Cotton wool and cotton swabs should not be used. A stick can injure a delicate shell, and the remnants of cotton wool can remain there. Therefore, the Doberman’s ears must be cleaned with a cloth swab dipped in hydrogen peroxide.

Regularly brushing your pet’s teeth will help fight against dental problems. It is also important not to forget to trim your pet’s claws as they grow. 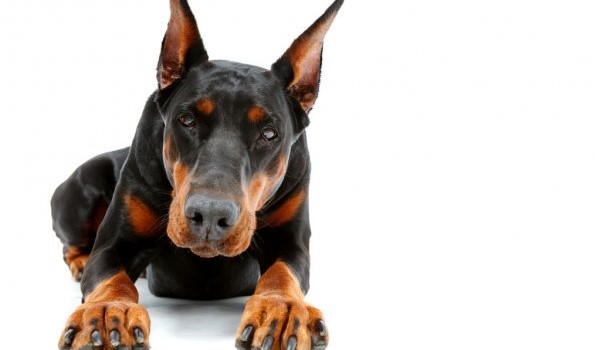 Dobermans can live 12 years in excellent health. But there is a list of diseases that are characteristic of this breed more than other dogs. It:

At least once every 2-3 months, the Doberman is prevented from worms. According to the doctor’s orders, the dog is vaccinated.