Sexually mature individuals exhibit a bright color, until recently one of the brightest blue colors among aquarium fish.

Moreover, they are quite large, up to 20 cm, and are only slightly inferior to their ancestors – eight-striped cichlazomas. 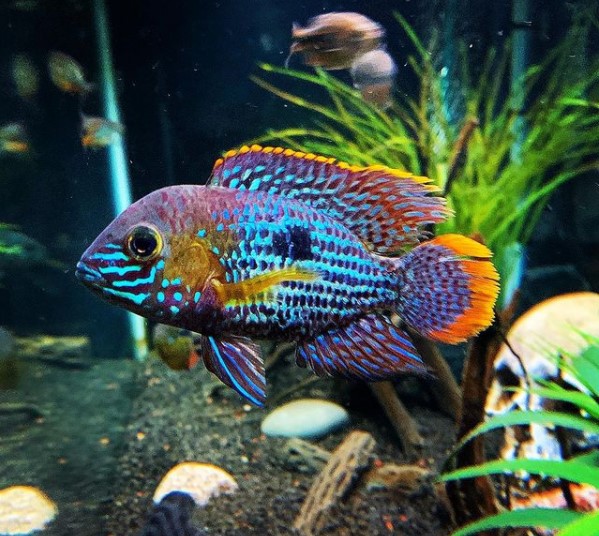 Tsikhlazoma eight-lane was first described in 1903. She lives in North and Central America: Mexico, Guatemala, Honduras.

Inhabits lakes, ponds, and other bodies of water with weakly flowing or stagnant water, where it lives among snagged places with a sandy or muddy bottom. It feeds on worms, larvae, and small fish.

The popular name of this cichlazoma is Jack Dempsey, the fact is that when it first appeared in amateur aquariums, it seemed to everyone a very aggressive and active fish, and it was nicknamed after the then-popular boxer, Jack Dempsey.

Cichlidae blue Dempsey is the color morph of an eight-striped cichlazoma, brightly colored fry slipped among the fry but were usually discarded.

Actually, it is not known for certain whether they appeared as a result of natural selection or hybrids with another species of cichlids. Judging by the color intensity and slightly smaller size, this is a hybrid.

Despite the fact that breeding blue Dempsey cichlids are quite simple, you can rarely find them on sale, since the fish is not for everybody. 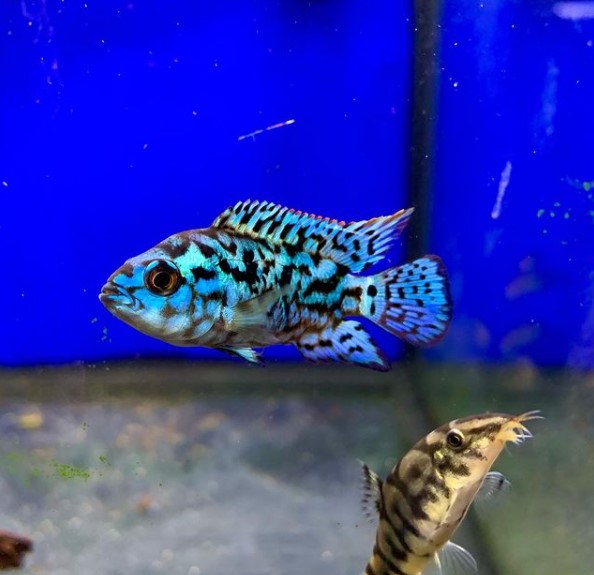 Like a normal eight-lane, the electrician’s body is stocky and compact. They are slightly smaller in size, grow up to 20 cm in length, while the usual up to 25 cm. Life expectancy is 10-15 years.

The fact that the fry is completely dim, light brown in color with slight blotches of blue or turquoise is also not used.

Color picks up with age, especially strong and bright colors during spawning. 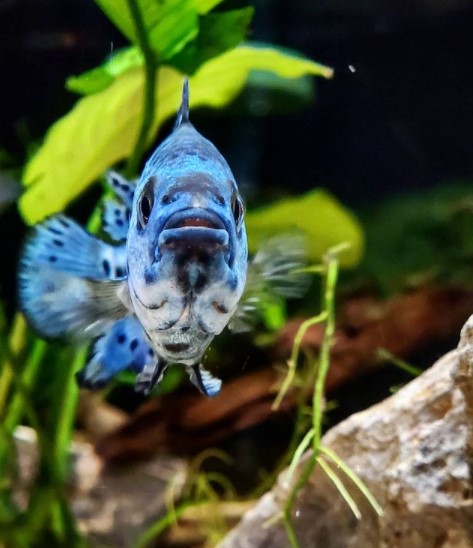 In addition, you can feed with artificial, in particular, granules and sticks for cichlids.

Life in the Aquarium 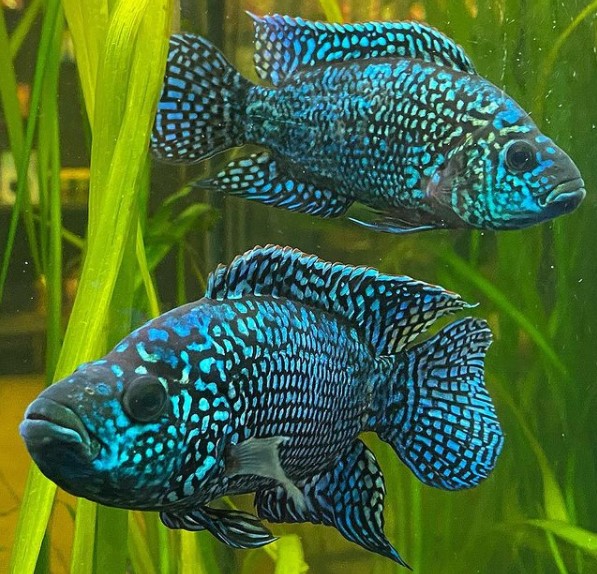 This is a rather large fish and for comfortable keeping, you need an aquarium of 200 liters or more, if there are more fish in addition to them, then the volume needs to be increased.

Moderate flow and powerful filtration will be useful. It is advisable to use an external filter, as fish generate a sufficient amount of waste that is converted to ammonia and nitrates.

Cichlazoma Blue Dempsey is able to live in a wide range of conditions, but it is believed that the warmer the water, the more aggressive it is. Most aquarists try to keep it in the water below 26 ° C to reduce aggressiveness.

The bottom is better sandy, as they delight in digging in it, with a large number of snags, pots, shelters. Plants are not needed at all or they are unpretentious and hard-leaved – Anubias, Echinodorus. But it is also better to plant them in pots. 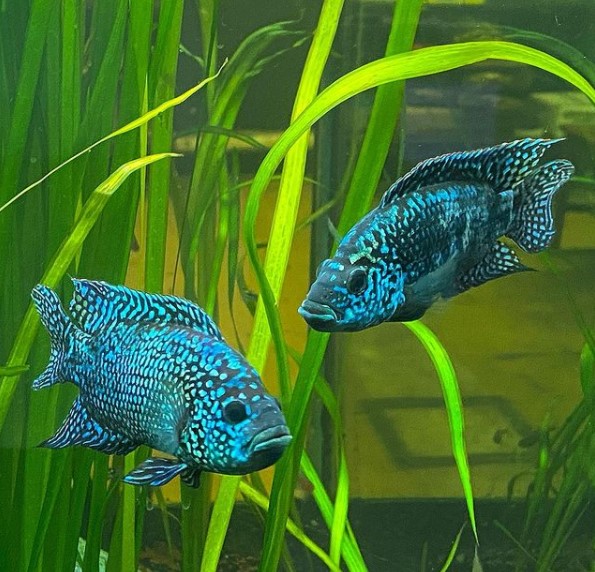 Although eight-striped cichlids are very aggressive and not suitable for keeping in a community aquarium, the Electric Blue Jack Dempsey is calmer.

Their aggressiveness increases with age, and like all cichlids during spawning. If fights with neighbors are constant, then, most likely, the aquarium is too small for them and you need to transplant a couple into a separate one.

These fish are unequivocally incompatible with all smaller ones (haracin and small cyprinids such as neons), are relatively compatible with cichlids of equal size, and are well compatible with large fish (giant gourami, Indian knife, pangasius) and catfish (black bargus, plekostomus, pter ). 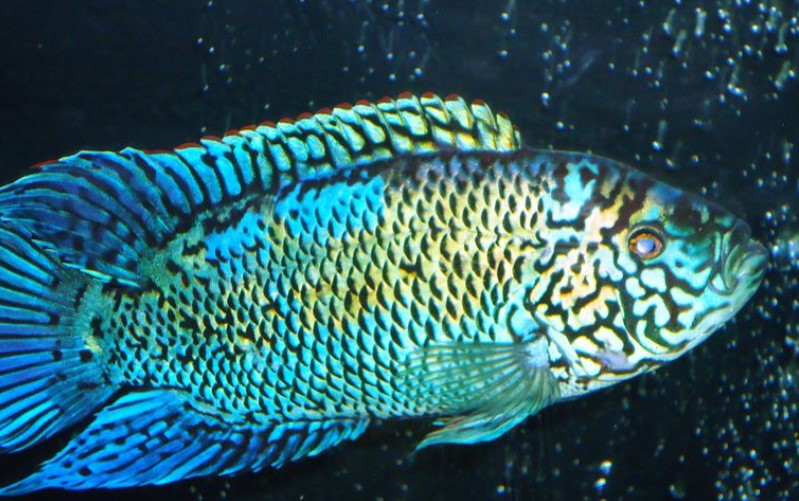 They spawn in shared aquariums without problems, but often the offspring are pale in color and do not look like their parents even in adulthood.