Photographer Todd Bretl continues to explore the ocean, capturing stunning images of a wide variety of marine life. Many have seen his pictures of molluscs and other marine animals, but the real thing is the close-up pictures of sharks. Despite the reputation of ferocious predators, Bretl managed to get close enough to them, photograph, and return to the shore safe and sound. 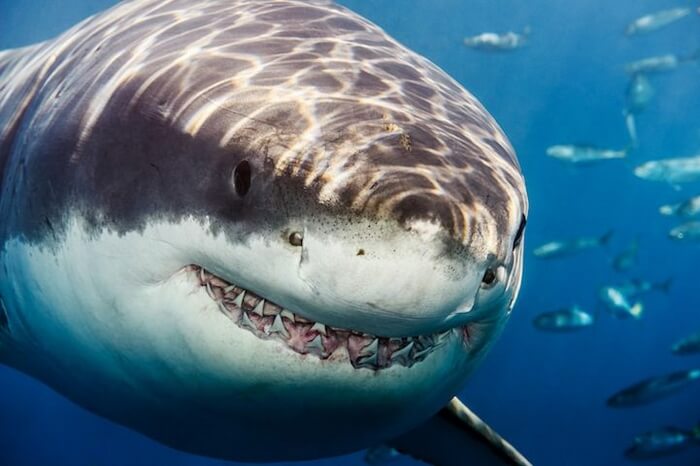 These sea animals often become the heroes of all sorts of creepy stories, in which they act exclusively in the role of ferocious and ruthless predators. Bretl says that “the shark’s danger to scuba divers is greatly exaggerated. Sharks have never been aggressive towards me. ” But, of course, this does not mean that the photographer is neglecting precautions. 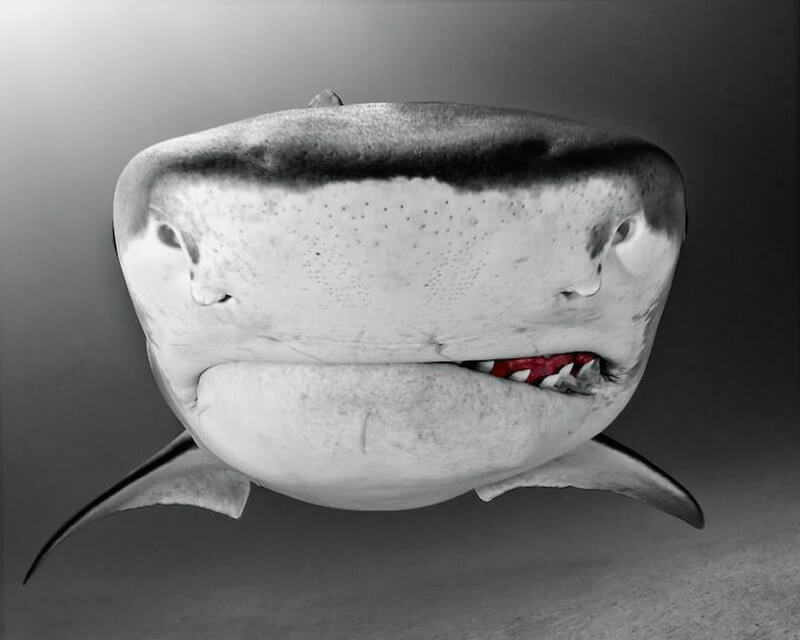 “Preparing to shoot sharks isn’t that much different from preparing to shoot clownfish,” says Todd. “You just have to make sure to take all the equipment you need with you. It’s also important to think about what you want to film in advance.” 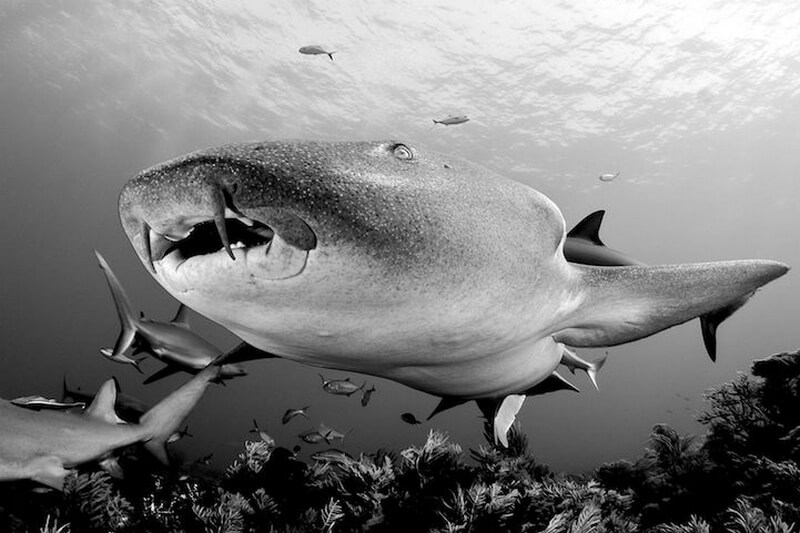 “Being face to face with sharks is always exciting and difficult to think about how best to take a picture when it gets really hot,” says the photographer. Todd tries to think carefully about the idea of the pictures beforehand. 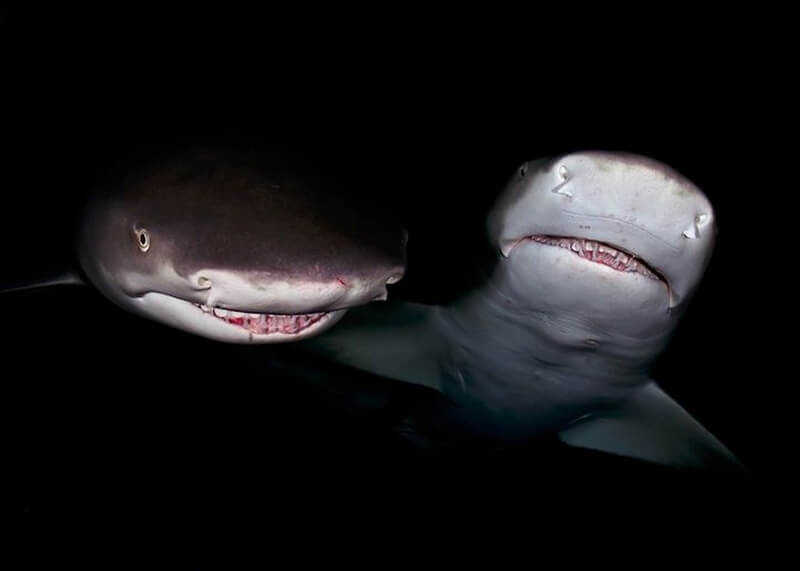 The main difference in shark photography is that you cannot sit with your face pressed against the viewfinder. You should always be on the lookout in case the shark turns out to be not too friendly or too curious (you are unlikely to like the tiger shark sneaking up to find out who you are).

Todd admits that he would never photograph the Great White or Mako shark without a spotter, but he can swim alone with other shark species. Most photographers swim towards sharks, not away from them. This is the most common mistake. 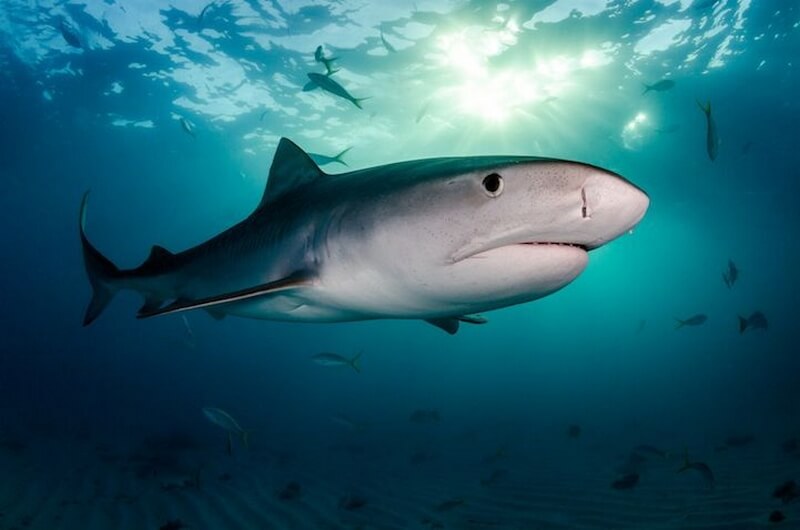 Todd often uses bait to get sharks to swim closer, as contrary to popular belief, they do not chase divers at all in an attempt to catch.

Most of the photos were taken near the Bahamas. He spent in the water from 9 am to 9 pm, interrupting only for refueling scuba gear. If the photographer has a fair amount of time, patience, and calmness, the shark sooner or later swims a little closer. Chasing a shark is one of the worst ways to get a close-up shot. They are much more cunning than people think. 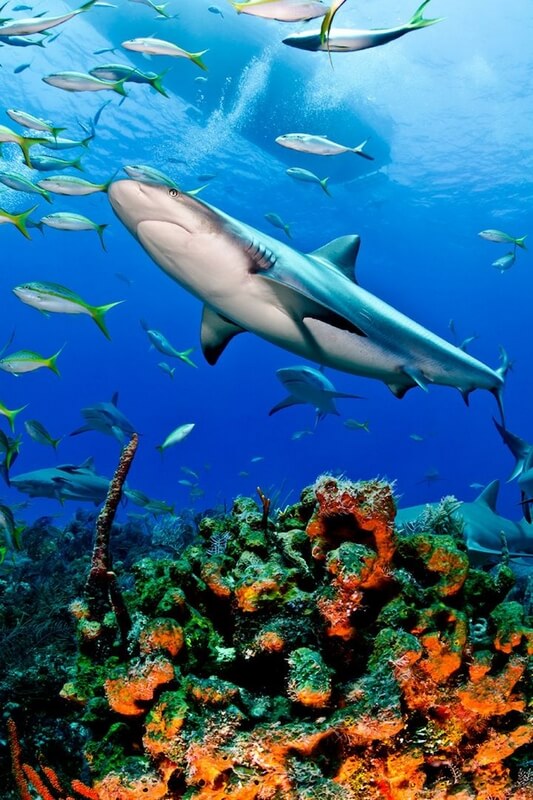 When a photographer is asked to tell some interesting story that happened during his photography hunt, he usually tells how one night in the Bahamas he decided to take a photo alone. “I was under the boat and was about to start a photo hunt – in the dark, surrounded by dozens of sharks … But suddenly the sharks began to behave strangely, they moved faster and faster, getting closer and closer. At that moment I thought that, perhaps, they were bored to death with their camera. It turned out that the bait fell out of the boat and floated next to my leg. As soon as I sailed away, the sharks calmed down, but for a few seconds, I had time to experience real fear. “