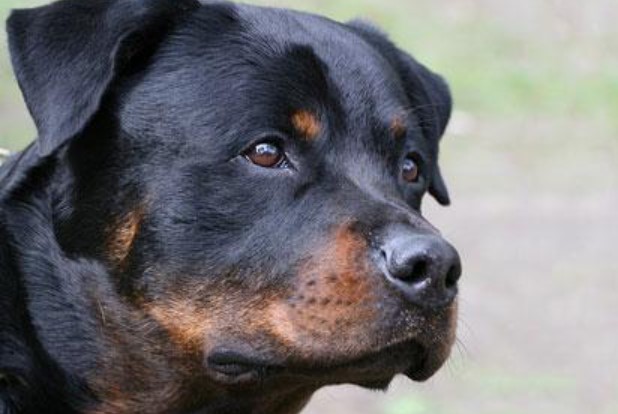 Big Rottweiler Becky works as a therapist at the Camperdown Care and Disabled Home in Ballumby. Here’s what they say about Becky:

“Hardly anyone thinks Rottweilers are suitable dogs as a therapist, but it’s worth being in her company for five minutes and it’s immediately clear that this is just the perfect choice. Becky works with patients with learning disabilities and is excellent at dealing with a host of distractions, including loud noises. For the past eight years, Becky has brought smiles to all of our patients every week, and one has even helped overcome a strong fear of dogs. For many of them, she is almost like their own pet and has long been a full member of the Camperdown family. Her services are invaluable. ”

Rottweilers in the Books

The impressive Rottweiler Morgana is described by A.H. Bartlett in the book “I’ll Get My Dog”.

“But could your dog kill someone? – Garson asked innocently, not taking his admiring eyes off her.
Valentina put beans on her plate, narrowed her eyes, and answered harshly:
– You can bet on anything: for this she will most likely need no more than one bite. But Morgana, like all the other dogs we train, only acts on the orders of the owner. The poor thing won’t hurt anyone without my permission.
– And if someone tries to attack you?
– Well, in that case, I guarantee you that the attacker will turn into an angel.
– An angel? – we asked in bewilderment.
“I mean, it’s going to lose its gender mark because Morgana will target his balls straight away.”

And here is what A. Katz writes about the breed in the book “Dog, Love and Family”:

“Rottweilers and pit bulls are intimidating to most of the inhabitants, but rescuers have a weakness for them because these dogs are most in need of their help. Due to the bad reputation that these breeds owe to their individual representatives, rescuers are forced to constantly fight against the stereotype and refute the countless stories about the bloodthirstiness of Rottweilers and pit bulls. In reality, it is difficult to find dogs capable of such love and devotion, such wonderful and loyal friends.”

An evil Rottweiler is described in the book “On Christmas Eve” by R. Pilcher.

Boo, a Rottweiler with an amazing mind and iron will, is the hero of the book by E. Pergozin “Six dogs that raised me.”

“The kindest and most gentle in the world” Rottweiler Fizz – one of the characters in the book by P. Farthing “The dog that changed my view of the world.”

Four Rottweilers live on the ranch of American actor Will Smith in California: Indo, Jacqui, Gracie, and Tyson. 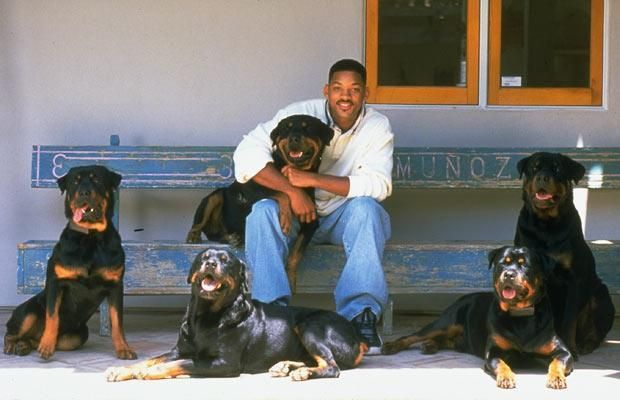 Among the owners of Rottweilers, Ben Affleck also “noted”.