What kind of dog do you imagine when you mention the Shar-Pei breed? Probably folds and short hair. Indeed, according to the standard, the exterior may well be like this. However, did you know that Shar-Pei can be fluffy? Moreover, as many as three types of wool are considered characteristic of these four-legged animals. 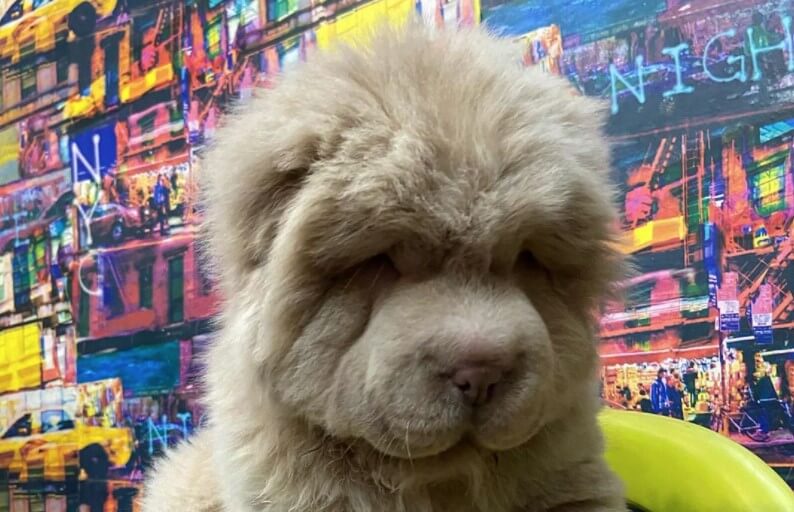 Officially, individuals with thick hair of medium length are called “bears”. The length of the guard hair in this case reaches 2.5 cm. A puppy with a similar appearance feature can be born if both of its parents are carriers of a special recessive gene. For the first time, they learned about such dogs in 1973. Then the first bears were brought from China.

Important! Bear puppies stay soft and fluffy even as they grow up.

Initially, the dogs with this type of coat were classified as purebred, their participation was allowed in breeding and dog shows. But over time, this feature has grown into a disadvantage. Today such dogs are used in shows only when it is necessary to demonstrate obedience and dexterity.

Interesting! It is almost impossible to notice the usual folds on the body of a fluffy Shar Pei because of the hair. Because of this, they are often confused with Chow Chow. By the way, they have common genes.

In addition to fluffy bears, these dogs can have the following coat types:

Horse. Length – up to 10 mm. The spine is prickly and stiff to the touch. A popular variety that is most often depicted on calendars, postcards.

Brush. The guard hair can grow up to 1–2.5 cm in length. In winter, these dogs also have a dense undercoat.