The French Bulldog is a loyal friend and favorite of the family. He likes human society. He has a sense of humor, is smart, and easily adapts to life both in the city and in the countryside (but, of course, not in a booth or in an aviary). Unpretentious and easy to maintain, even in a small living space. Doesn’t bark in vain. 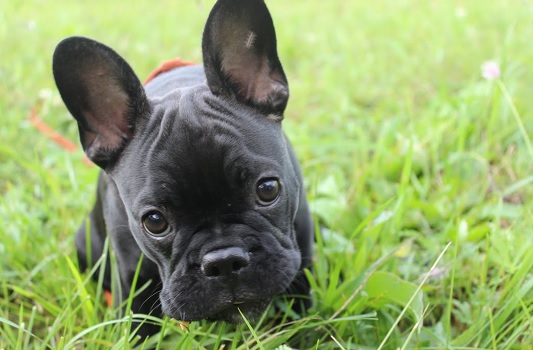 These are smart, intelligent, and playful dogs, very sociable and friendly. Brave and active. They have established themselves as excellent housekeepers, imposing companions, and pleasant and friendly companions. Representatives of the breed can also perfectly hunt mice.
By nature, French Bulldogs are loving dogs. They are playful and require constant attention, loneliness is hard to endure.
Some owners note that in the family, French Bulldogs recognize the mistress of the house as the main one – apparently for mercantile and culinary reasons.

These dogs are suitable for those who want to have a pet with an average temperament, not too aggressive or excitable, not having the habit of barking for any reason.

A bulldog can chase other dogs and cats, but this depends on the individual dog’s temperament and upbringing. However, at home, they usually get along well with other animals, especially if they have known them since childhood.
There are also some difficulties in the character of the French Bulldog. These dogs do not swim well, snore during sleep, and may try to take a dominant position in the house.

Regarding the relationship of French Bulldogs with children – how many people, so many opinions. Some owners claim that this is a dog in which there is not a single drop of aggression and which plays with pleasure even with tiny children (under 2 years old). Others say that the bulldog, of course, can become a family dog, but it is much better for him to live surrounded by adults. They say that small children can not always withstand their excessive enthusiasm, and bulldogs do not always have enough patience.

It is safe to say that a representative of the breed will get along with older children who respect the needs of the dog. If the child is small, do not allow him to take the bulldog in his arms – this is a heavy dog, it is easy to drop it.

The deciding factor, in any case, will be how you raised both the dog and the children. At least at first, do not leave your child and dog unattended.

And don’t forget that this is a small but very strong dog. Small children should not walk it. It is unlikely that a child will be able to keep a pet on a leash.