As everyone knows, a dog is a man’s best friend. A friend should be able to support and, most importantly, to amuse. Users of one popular public shared funny situations they encountered when they got a dog. 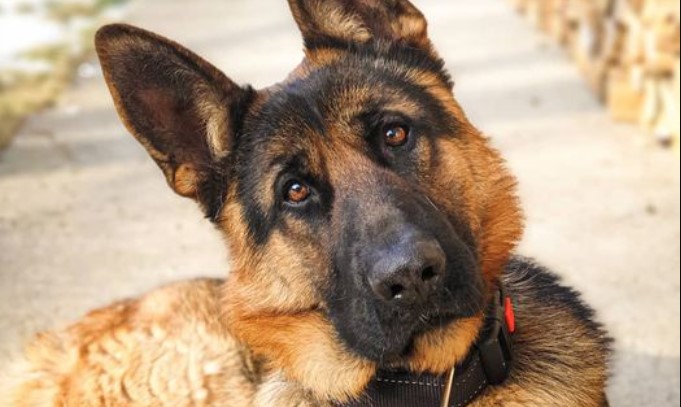 My dog ​​loves to spoil the air in his sleep, but how does she do it! After what she had done, she was abruptly undermined and began to sniff, they say, who, who did it? Sly curly ass.

I remember how, as a child, our dog ate the entire New Year’s table at 11:45 pm, while the whole family was in the kitchen, filling the last salad with mayonnaise. We go in, and the dog eats the sausage cut from a crystal plate.

At night, I tape the refrigerator with tape. And no, I’m not a fan of the food at night. The thing is that at this time of day my dear dog loves to eat, which every night safely opened the refrigerator and ate all my sweets for a whole month. Well, also a girl.

My dog ​​goes crazy when he smells alcoholic drinks. The only way to calm him down is to offer him a drink together. If they don’t treat him and ignore his hysteria, he tries to get hold of alcohol at any cost. So he once stole a bottle of cognac from the festive table and got drunk while no one saw it. After that I slept for about a day, snoring like a chorus of drunken men. When he woke up, he could hardly move along the wall and looked with stunned eyes …

I have a dog, every summer my husband and I go to the dacha, and somehow a family of hedgehogs has settled under our house. We made a barbecue, our dog came running and began to beg him with a plaintive look. Well, I gave her a piece, she ran away somewhere, after five minutes she comes back and asks for more, I gave her and so on about seven more times. I realized that something was wrong here and went to see where she was running. I came and watched: a hedgehog sits and with him my dog ​​with a heap of barbecue.

His sister’s huge great dane ate a couple of kg of dough. And all would be fine, but the dough was yeast, and either caused a violent reaction or began to approach. In general, there was not enough space for him, and it began to crawl out of all the cracks. The dog is in shock, the cat generally turned gray a little from what he saw. The khan’s apartment, as well as his sister’s psyche. With watchdog and sister, everything is ok. The cat was also pumped out, only the look reveals that he has seen something in this life …

My dog ​​is very well mannered. At the dacha, for the most part, he walks exclusively outside the gate of the site. Here the guests arrived with their little dog, which upon arrival, jumping out of the car, emptied its intestines onto the lawn in the yard. My dog ​​with awesome eyes watched this, and, without thinking twice, with the thought “why was it possible?” piled a pile right in front of the door of the house.

We live in a private house. The dog (German shepherd) got into the habit in winter, when there is a lot of snow, to climb onto the roof of the garage. Sits quietly. As soon as a pedestrian equals him, a loud “Woof!” Is heard from above. Human screams, squeals, and an incredible joy to the dog. So he would have fun until one aunt came to complain …

There is a dog called Ept. German shepherd, hairy, large, somewhat reminiscent of a bear. I am also large, 193 cm. We went with my hairy friend to withdraw money from the card. We approach the ATM – there is a line of three people. While one was pointing his finger at the screen, the others, fearing, looked at us. And then my dog ​​wanted to sniff these poor fellows. As a result, the girl starts screaming, the man swears, and I, shouting: “Sit down Ept!”, Pull the dog by the leash. All sat down

When the phone rings, the kettle whistles or the stove squeaks, our dog always starts howling. Since we started it, we haven’t had a single missed call or burnt dish.

My coursework was eaten by my dog. Really ate it. The huge St. Bernard Jacques ate my term paper. And my teacher did not believe me until I brought the insolent dog to his house, and he ate 4 utility bills while we were sorting out the relationship. Since then, I have got an “automaton” and a new friend in the form of a history teacher who periodically meets us on walks and feeds Jacques with sweets. 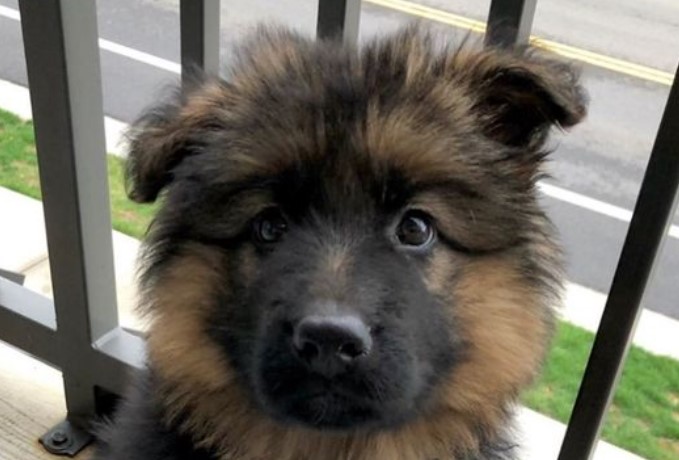 I have a shorthaired pointer dog. Doesn’t look scary, and she herself is very shy by nature, she is afraid to even of her own barking. One late evening a drunk man approached me. Dark. There is no one around. I understand that it is useless to scare him with a dog, she hid behind my back with her tail between her legs. The man began to dismiss his hands. But then my dog ​​with a bark began to rush at him. He dumped, and what a joy that he did not notice how she pissed with fear.

I have a habit of tucking my pajamas or nighties under my pillows and then making my bed. My dog, being a little boy, was very bored in my absence, stole them, and slept on them in the corridor. When she grew up, she stopped. Now, on duty, I went to live in Moscow, the dog stayed with her parents, but I come on weekends. Recently, my parents called and with a laugh said that the dog somehow stuck its head into the neck and came running to meet them from work in my nightie.

An actor will disappear in my dog. Recently he injured his left leg, he walks with a bandage. He barely waddles around the house, longingly puts his muzzle on his knees, asks for either affection or pork. But it is worth being on a walk: it starts jumping on all 4 legs. Tonight, when he began to gallop around the house, I loudly called him to my place. And he limped with a sigh, tightening his right.

My dog ​​is always looking for something to eat and knows perfectly well that the cat’s food is also edible, but out of reach for her, since the cat’s bowls are on the windowsill. And she found a way out. This muzzle approaches the cat when it eats, gently bites its tail, or simply pokes its nose, the cat opens its mouth in complete indignation and the food falls from there directly into the dog’s open mouth.