He is not only the laziest and most selfish house tiger in the world but also a real cat cult. We’re talking about Garfield, the cat who craves a certain Italian pasta dish. The orange tomcat is now over 40 years old and is still making mischief in film and television. What that looks like, why it’s so popular, and its key features follow here.

Contents hide
1 Garfield Real Cat
2 A Star on All Channels: Garfield the Cat
2.1 Exotic Shorthair Cat: Does This Fit Garfield?
2.2 The cult cat’s family
2.3 Properties and characteristics of the role of the orange cult cat
3 Conclusion: Garfield is a Celebrated Antihero

A Star on All Channels: Garfield the Cat 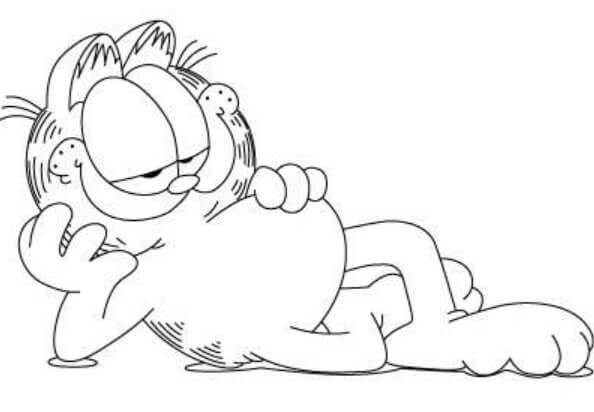 Garfield made his first appearance in 1978 in a comic book. The American newspapers loved the comic tomcat with its orange fur and black accents. His owner Jon calls him either a tabby, exotic shorthair cat or an orange bacon dumpling with a few stripes.

In the meantime, the orange tiger is no longer only at home in comics. There is a film as well as several series. “Garfield and Friends” aired from 1988-1994, while the computer-animated “Garfield Show” aired from 2008-2013. The “Garfield Movie” was a real-life version from 2004, the successor of which “Garfield 2” was released only two years later.

In the series, Garfield is actually always portrayed as lazy and fat. That goes well with the breed because it is often jokingly called the “Persian cat for the lazy”. This is partly due to her grumpy facial expression and partly to her carefree character. She does not need much and patiently waits until the master or woman has time for her again. In addition, it visually resembles the Persian cat, which is why this comparison is obvious. However, exotic spa-haired cats are actually very gentle, calm, and friendly, which doesn’t quite fit Garfield’s sarcastic nature. The breed gets along well with dogs. Garfield proves again and again that he accepts his four-legged roommate Odie, but he loves to tease him. Exotic short-haired cats are very affectionate, Garfield also shows a slightly different side here. Visually, the orange tomcat fits really well into the exotic shorthair cat category. With his expressive eyes, short legs, and large, round paws, he has many characteristics of this breed.

Garfield lives with his dog Odie with his owner Jon. The latter is not only unsuccessful in the job, but also with women. There are many reasons for this. Both his strange clothes and his clumsy clumsiness thwart his plans again. Another resident of Garfield’s household is Odie. The little dog is very lovable, has a tongue that is always hanging out, and hardly ever speaks. The cat loves to tease, insult and play pranks on Odie. The dog actually belonged to a friend of Jon’s. He brought it with him once and never showed up again. That’s why Jon adopted little Odie. Garfield is actually quite fond of both roommates, even if he would never admit it.

Properties and characteristics of the role of the orange cult cat

Conclusion: Garfield is a Celebrated Antihero

His fan base is huge. The hangover is now a celebrated antihero. This is due to his way of doing what he feels like doing. Today – according to inventor Jim Davis – people feel guilty when they overeat or sleep. Garfield just does what seems to be the secret of his success. It is not uncommon for animal lovers to look for a cat that looks like Garfield. But be careful, lasagna isn’t for every orange kitten. Garfield is an exception, presumably because he was born in a pizzeria. You can read more about the cult hangover in the Garfield Wiki.