German Shepherds were bred as healthy, unpretentious dogs. But, unfortunately, popularity has become the reason for uncontrolled breeding, which affected both the character and the physical qualities of the breed. Therefore, German Shepherds quite often suffer from genetic diseases.

Be sure to ask if your chosen German Shepherd puppy carries the rudiments of hip dysplasia – this is the real scourge of the breed. The disease is hereditary, does not appear immediately, and a seemingly healthy pet can turn into a cripple. A good breeder will not have offspring from a line with this lineage. 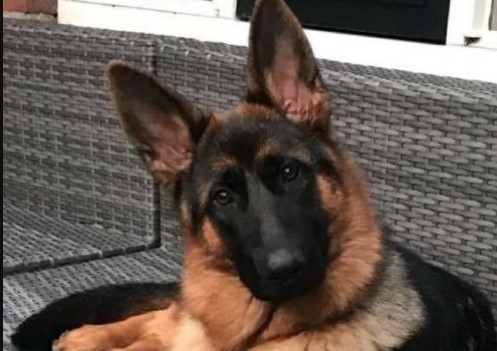 Check if the parents have test results for dysplasia. They do not give guarantees, but you will have more chances of getting a healthy puppy. Also, to be on the safe side, you can test your German Shepherd Dog for this disease at around 1.5 years of age.

Corneal dystrophy is another disease of German shepherds. It appears without any reason in the form of tears from the eyes and corneal opacity.

In the eighth year of life, the German Shepherd often develops cataracts or clouding of the lens.

German shepherd males can suffer from hemophilia A and B. Symptoms: lameness, bleeding disorders, swelling.

Von Willebrand disease is another genetic disease of German shepherds, a violation of the synthesis of the platelet aggregation factor.

Representatives of the breed suffer from kidney disease (underdevelopment of the kidneys, as well as familial nephropathy).