People looking to get a German Shepherd dog often prefer females. Some mistakenly believe that there are much fewer problems with females, others plan to make a profit when the young animal gives birth to offspring. In fact, caring for girls is much more difficult than caring for males. This is due to the regular estrus and behavior patterns of dogs during this period.

At What Age Does a German Shepherd Get Its Period? 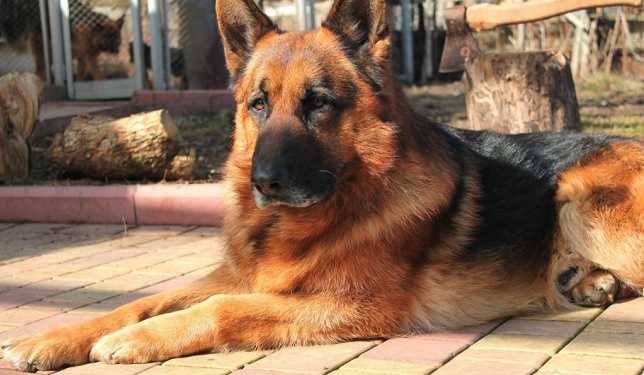 German Shepherds of both sexes develop rather slowly. The period of development from a puppy to a young, and then to an adult dog takes about three years. Only after reaching the third year of life can the dog be called an adult.

Important! The puberty period begins in the dog immediately after the change of milk teeth. As soon as the owner noted that small deciduous teeth were replaced by strong molars, we can talk about the period of adolescence and the beginning of puberty.

As a rule, this period falls on 6-10 months of the puppy’s life. Some dogs develop a little faster, others more slowly. Do not rush with a female immediately after the arrival of the first estrus. The presence of white discharge, which on average comes at 6 – 8 months, does not yet indicate the presence of a stable psychological state of the pet in order to become a mother. At this time, the girl is still considered a puppy and is not ready to become a mother and fully perform her functions.

Experts advise waiting for the third heat. It usually starts closer to 3 years of age. At this time, the dog is already strong, resistant to new changes in its life, with a well-formed psyche. She will make an excellent mother and will be ready to fulfill all maternal responsibilities.

A good and attentive owner should definitely record the fact that the dog is in the heat for the first time. So it will be easy to track the pet’s cycle and understand when the first mating will be the most successful.

To understand when a shepherd’s first estrus begins, you need to carefully monitor it. This is especially important during the period of changing teeth since discharge can begin at any time. But there are a number of other signs that can indicate to the owner imminent puberty.

The heat of the domestic pet of the breed, the German Shepherd, is quite predictable. The main thing is to pay attention to important factors and signs in time. Careful monitoring of the condition of the pet will help determine the important stages of his growing up.

On average, the duration of discharge in an animal lasts 20 – 22 days. It happens that the period of estrus stretches up to 1 month. This is not a pathology, but a feature of the dog. The frequency of “female” days in a pet is 6 – 7 months. An experienced and attentive owner can always determine when the next stage will begin.

However, in the early years of life, a dog may have an unsteady cycle. Don’t sound the alarm right away. Like humans, Shepherd Dogs can have some glitches and deviations from the average cycle. Subsequently, everything will return to normal and the correct cycle will be established.

An experienced specialist will give advice on how to behave in such a situation and what measures can be taken to establish the correct cycle.

Caring for a German Shepherd During Estrus

Natural instincts are very strong, so the owner of a shepherd dog must observe certain precautions and competently take care of the “German” during estrus. The first thing to remember is that the dog will have to be deprived of the opportunity to escape. Males perfectly smell the female and try by all means to get it. The pet itself also bows to the call of nature and can escape from the owner, even if it is usually not inclined to show disobedience.

During estrus, you need to walk only on a leash, avoiding special areas and a massive gathering of domestic dogs. It is also recommended to close her in an aviary, apartment, or house during her absence, to be sure that she does not escape.

The German Shepherd is not much different from the female dogs of other breeds. The heat from them usually comes on schedule, and the pet does not cause trouble for its owner. It is important to take proper care of the dog during this period and give it maximum attention.