The German Kleinspitz is slightly larger than the Pomeranian, making it the second-smallest Spitz. He is very happy and lively, on the move almost all the time – whether indoors or outdoors. That’s why he needs long walks and regular play sessions. 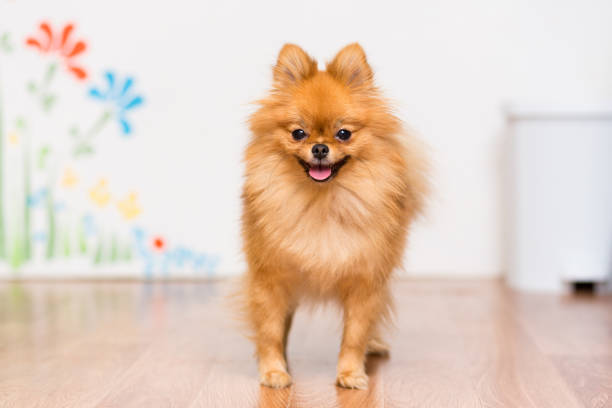 He gets along well with his peers and other pets. He especially loves children, with whom he can romp around for hours. In general, his family is everything to him. He is very affectionate and wants to be involved in all activities. He makes it easy for his owners to take him everywhere as he is very adaptable and eager to learn.

You can teach him commands and little tricks in record time. However, he does not always want what he can. Sometimes he takes his time obeying. Rewards can be extremely helpful in this case. Especially when it comes to treats. Because eating is also one of his favorite pastimes. So much so that the owners should also take care of their own food.

He doesn’t need a special request for herding, because the German Pomeranian is a fabulous guard dog. A little wary of strangers by nature, he barks loudly and vigorously when strangers approach. Despite his pronounced protective instinct, he never becomes aggressive. You only have to stop barking at some point, because he will hardly stop by himself. Although quite independent, the Pomeranian cannot be left alone. The self-confident bundle of energy thirsts for attention and playmates. He is happiest when he is with his mistress or master.

The German Pomeranian dog is between 23 and 29 centimeters tall and weighs up to 5 kilograms. It has long, soft, and curly fur that comes in white, black, brown, orange, or other colors. It is mostly one color, but can also be spotted.

The care of the German Klein Spitz

A Spitz sheds a lot of hair and therefore needs to be brushed very carefully every day.

Where the Breed Comes From 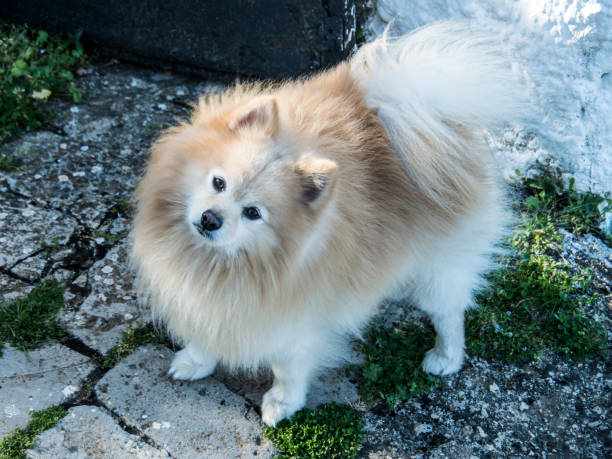 The German Kleinspitz is one of the oldest breeds in Central Europe and was probably brought here by the Vikings. In the 18th century, he came to England for the first time.