Pomeranian and German spitz look like twins. These are cute and very miniature dogs, distinguished by their beauty and impulsive disposition. The International Cynological Federation does not even single out Pomeranians as a separate breed, considering them only subtypes of German Spitz. The rest of the cynological communities prefer to single out the Pomeranians as a separate breed. And there are a number of reasons for this. 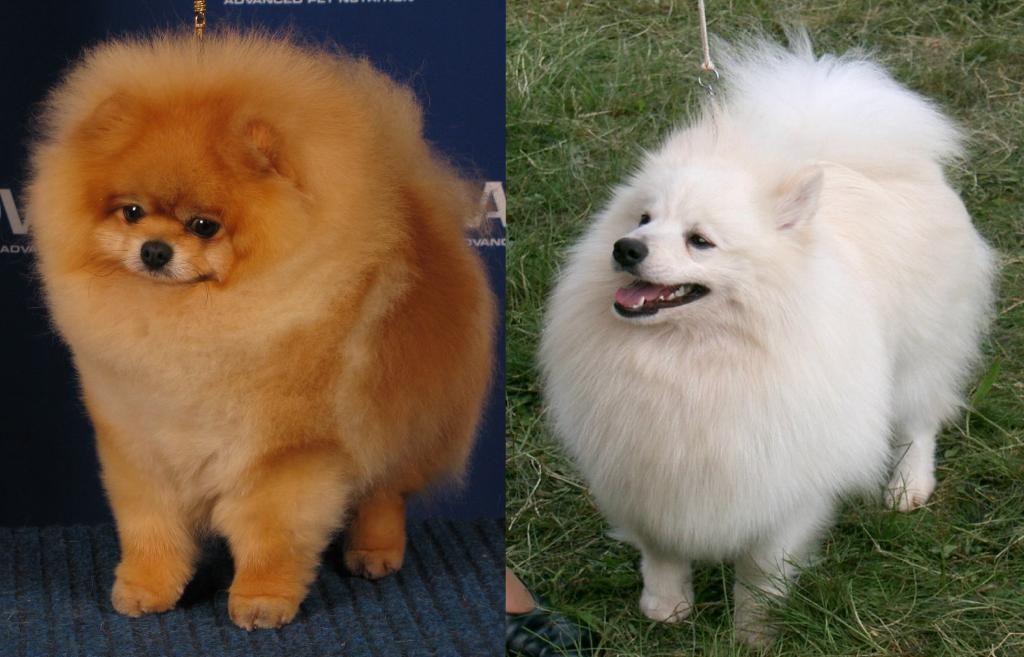 German and Pomeranian Spitz are very similar in appearance and have a number of the same characteristics, including in character, which makes them related. However, not even a professional can tell the difference between these cute dogs.

Important! All over the world, the attitude towards these breeds is very different. Some countries do not want to divide them into separate groups in any way. Others, on the contrary, seek to isolate them and develop each breed separately.

Spitz have differences in:

And this makes it possible to isolate them from each other, despite all the external similarities. There are too many factors that separate them and make them unlike their kindred.

German Spitz is the oldest dog breed in Europe. They are direct descendants of the peat dog that reliably lived in the Paleolithic era. These animals developed naturally and did not participate in the planned selection. That is why they are distinguished by excellent health.

Later, German Spitz lived and guarded the homes of the poor, then farm barns. Individuals larger in size were taken with them to hunt. In the Middle Ages, dogs were attracted to the representatives of the nobility and began to live exclusively in wealthy houses.

Pomeranians were originally bred as decorative dogs. Actively engaged in selection only in the second half of the XIX century. Soon, miniature dogs came to America, where enthusiastic canine handlers registered them as an independent breed and began to develop them.

There were no significant differences in the character of both breeds. Representatives of the breeds are distinguished by a cheerful, active, and friendly disposition, they are very attached to the owner. However, they need to be socialized in time, specifically to begin to do this from early childhood. Otherwise, you can get an eccentric and wayward animal in your home, not obedient and destroying everything in its path.

Pomeranians are round and clumsy, like miniature bears. The German Spitz is more graceful and well built. Both breeds have a harmonious physique and an easy gait. They differ in size, the Germans are slightly taller than the oranges.

Anyone, even a person ignorant of cynology, will be able to distinguish a German from a Pomeranian by the muzzle. The Germans have an elongated fox-like head. Pomeranians have a flattened nose, like a bear, with large eyes.

How to distinguish a Pomeranian from a German Spitz?

In America, breeds are classified into separate species. Therefore, it becomes real to distinguish  Pomeranian or a German. Usually, this is done according to the shape of the head and muzzle, and also to study the pedigree of the future pet so that there are no crosses of both subspecies in it.

It should be noted that it is almost impossible to distinguish puppies under three months of age. It is not possible to make a forecast for their height and weight. Only one thing is reliably known, a Pomeranian puppy at the age of 1 – 1.5 months should not exceed 1 kg in weight. Kennels with a good reputation and positive reviews will always help you find the animal that will meet the requirements of the future owner.