Yet human science is moving towards nanotechnology. And probably soon we will be surrounded by cyborg insects, nanosymbiotes, etc.

Work at the intersection of sciences is also productive, it has long been noticed that the largest discoveries and developments are made precisely on the border of directions. 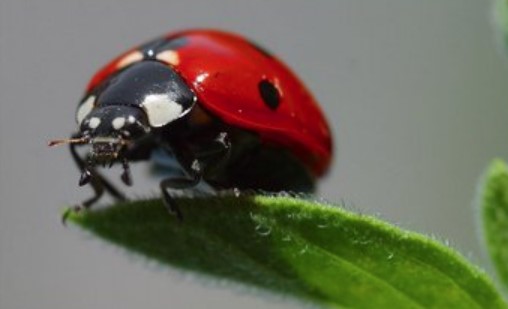 So scientists from Clarkson University (USA) found an unusual application for an unusual device. The atomic force microscope was developed in order to investigate the surface relief with a resolution of up to an atom, and it is also used to control nanometer objects. So – these capabilities of the device turned out to be few and a group of scientists led by Professor Sokolov used the technique as a stethoscope. Yes, exactly for listening to sounds inside the bodies of insects!

The fact that sounds in the world of insects play a very important role has been known for a long time. Yes, and it is difficult not to notice the manifestation of this thesis – both the squeak of a mosquito and the chirping of grasshoppers are familiar to everyone. These sounds have been dealt with by a cohort of entomologists for many decades. But to hear what is happening inside the body of an insect, no one has even been able to think about such a possibility.
The biggest problem was the way the “stethoscope” was attached to the insect’s body. Scientists have succeeded in developing a technology that makes it possible to fix the “patient” almost motionlessly and bring the tip of the atomic microscope close to the body. This part, designed for feeling relief, began to function as a pickup stylus with very high sensitivity.

As a result, scientists were able to capture and record sub-nanometer vibrations inside the bodies of several insect species. Unlike the previous methods, the proposed one managed to fix fluctuations of 1000 hertz against 5 hertz earlier. Moreover, the technology allows sound recording in different parts of the insect’s body and recording the sounds of internal biological processes in the range from 10 to 600 hertz.

That is, now biologists have a new opportunity to study the internal process in the largest group of living inhabitants of the Earth. Not only the largest but also the most diverse, widespread in an unprecedented range of conditions and of great importance for human life. Indeed, among insects, there are both useful and pests of agricultural crops. In addition, many make it simply impossible for a person to live in vast territories. Perhaps thanks to new technologies, it will be possible to learn more about such constant human companions as flies (which are carriers of many parasites, viruses, and bacteria) and mosquitoes.