If a horse suffers from respiratory problems, this can quickly have serious consequences. It is not uncommon for the training to be adapted or the animal can no longer be ridden at all. So it’s no wonder that the worries among riders and owners quickly increase at such moments. Of course, not every small infection has to be treated with antibiotics right away. Instead, we will show you which cough herbs are useful for horses and how they are used. 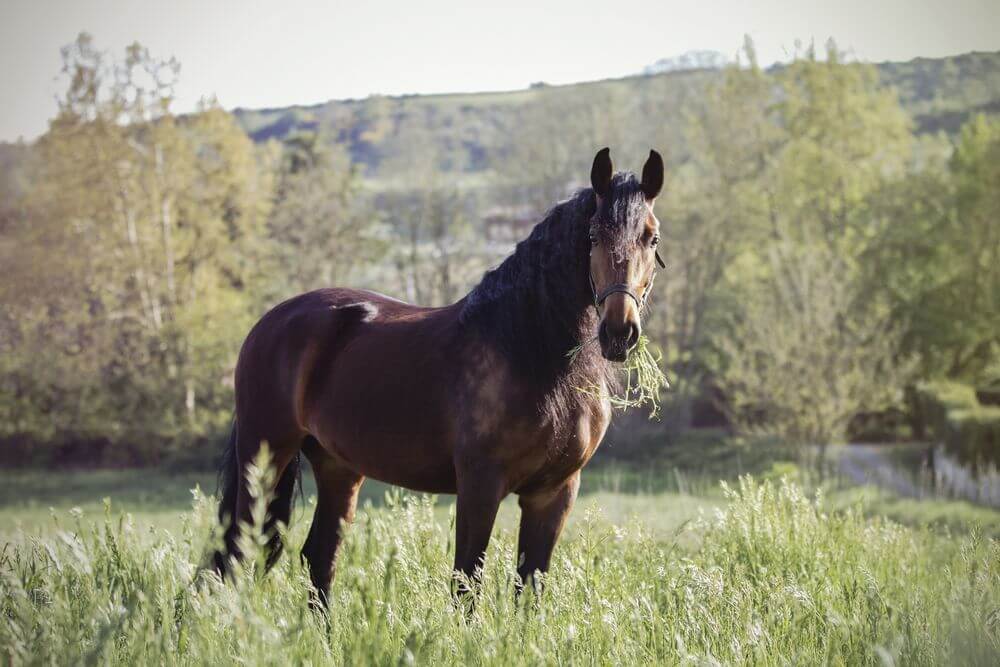 In an earlier post, we explicitly dealt with the subject of coughing in horses. So if you want to get more detailed information, be sure to take a look at it. At this point, we just want to make it clear once again that the horse’s airways are very sensitive.

Unfortunately, the sole use of cough herbs in horses is therefore often not the solution. Far too often, a respiratory tract infection still develops into a chronic disease. So if you find that your animal has problems in this area, it is best to have it checked by the vet. It is not uncommon for small factors to be the cause.

For example, stable hygiene is not infrequently decisive. We have already dealt with this extensively in another article. However, if a viral infection or even bronchitis is the reason for the cough, this must not be treated with herbs alone. While the plants can certainly be used as a support, they are only recommended as the sole therapy for small infections and after consultation with the veterinarian. But here they can have a really beneficial effect.

It is not uncommon for natural remedies to be completely discarded in our modern medicine. But that’s actually a shame, after all, various herbs and plants have been shown to have healing or calming effects. While these, as already described above, should not be the only remedy for serious illnesses, they can certainly support the healing process.

Therefore, we would like to introduce you to the most important cough herbs for horses in detail below. These usually have different modes of action and are differently suitable for certain diseases. When feeding, always make sure to use herbal mixtures that are tailored to your horse. You should work on the principle of “less is more” here.

Because just because a food contains around 50 herbs does not make it more effective than a variant with only ten. On the contrary: the targeted selection of the right plants takes effect exactly where you want it. In this way, the clinical pictures are combated more effectively. So that you make the right choice, read on here and learn more about the different cough herbs for horses.

We Work the Herbs Against Coughs in Horses

The herbs that we are about to introduce to you should generally always be ingested over a period of several weeks as a kind of cure through the diet. They have an expectorant and/or antispasmodic effect. This means that, among other things, they can liquefy the tough mucus and thus make it easier to remove. This also makes coughing up easier.

In addition, coughing in itself is a strenuous process for the horse. It is an unusual burden on the head and neck, right up to the bronchi. The antispasmodic cough herbs for horses start right here and ensure that breathing becomes easier again and coughing is less uncomfortable. In this way, you also relax the surrounding muscles.

Anise originally comes from Asia but is now also widely grown in the Mediterranean region. In naturopathy, the seeds of the plant are used, which are ripe around July or August. It brings with it various important nutrients that have a positive effect on the entire horse’s body, but above all on the bronchial space. These include:

This cough herb is mainly used in horses for respiratory diseases because of its expectorant effect. In addition, the seeds also promote expectoration and are antibacterial. The essential oils contained can also treat cramps. A course of treatment will usually last four to six weeks and contain around 10 to 25 g of aniseed per day.

You may also know this from yourself: fennel tea can have a really beneficial effect on a cold. This has been known for several centuries because the herb was used at the beginning of traditional Chinese medicine. And our animals also benefit from it.

Similar to aniseed, fennel also contains a large number of essential oils, which give it its expectorant, antispasmodic and antibacterial properties. Depending on whether you use fennel seeds or fruits, they also contain many other trace elements and minerals such as sodium, magnesium, copper, and fluorine. As with aniseed, it should be administered over a period of four to eight weeks with around 10 to 25 g per day.

Even in ancient times, black seed oil was used as a natural remedy not only for humans but also for farm animals. This is usually obtained from Egyptian black cumin, which has over a hundred valuable ingredients that together make a true vitamin cocktail.

The most important ingredients are the essential and fatty oils (especially the high proportion of polyunsaturated fatty acids) and the trace elements. In general, oil is often used to strengthen the immune system. But it is also a useful food supplement for respiratory diseases.

Chronic diseases such as asthma, allergies, or COB in particular benefit from giving these cough herbs to horses. Because in the long term, the oil can provide relief and reduce the susceptibility to allergies. A cure lasts about three to six months and includes 15 to 25 g black seed oil per day.

A herb that can naturally be found on many horse pastures and is also desired there: the ribwort has many good properties. Because the plant contains, among other things, various mucilage and tannins, which have a positive effect on the urge to cough.

The mucous substances contained in these cough herbs for horses form a kind of protective film around the mucous membranes. In this way, the stimulus that is caused by every cough is significantly reduced. But the herb can also be used preventively, as it contains some immunizing ingredients such as flavonoids, vitamins, zinc, silica, and potassium. An amount of around 30 to 60 g per day is recommended.

What you might be more familiar with from seasoning your food is actually also a highly effective medicinal plant. Especially when it comes to treating bronchitis and other problems with the upper respiratory tract, the herb is a useful dietary supplement.

It contains, among other things, a large proportion of essential oils, flavonoids, and tannins. This composition makes thyme a plant that has excellent antispasmodic properties. Feeding can help relax the airways significantly. As a rule, 25 to 50 g should be given daily. 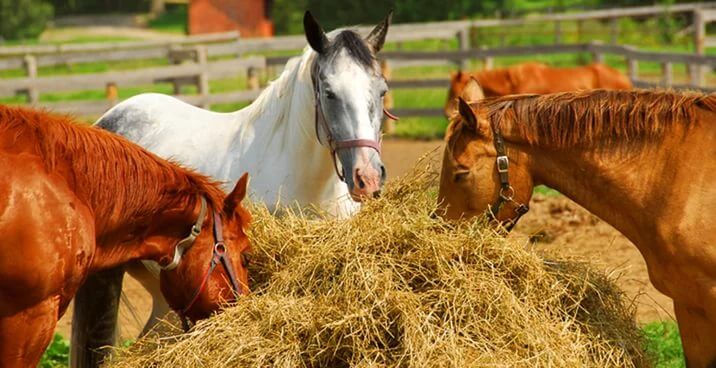 While we have now introduced you to the most important and well-known cough herbs for horses, the list is actually much longer. At this point we would like to briefly introduce a few other useful plants that your horse can benefit from in the event of respiratory disease: